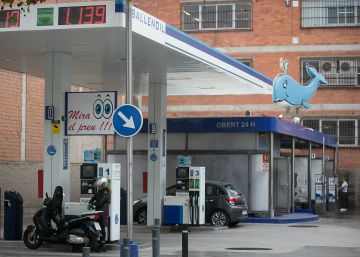 Exit and return operations cause millions of citizens to move through summer vacations and revive the controversy over the high price of fuel and low competition of the different brands. One of the factors that introduces more competition in such a closed sector are the calls automatic or unattended service stations, also popularly known as ghosts.

Automatic service stations are those in which the user supplies fuel directly to the vehicle, including both physical refueling (such as self-service) and payment for the fuel, and therefore do not have any type of personnel to perform these functions. Precisely because there are no employees, the costs are cheaper and that saving is transferred to the price of the fuels.

But the resistance of the traditional operators and the reluctance of the authorities, particularly the autonomous ones, has made the model have little implantation in Spain. Of the 11,646 service stations that there are only 882 in the country are automatic, 7.5% of the total. And that, in the opposite line to what happens in Europe, the number of gas stations has grown by 16% since 2011.

The National Commission of Markets and Competition (CNMC) has been calling attention to the regulatory obstacles of both state and regional regulation. His latest study on this sector, last July, requires eliminating the requirements or limitations on automatic gas stations that are "not really necessary", and calls for "greater regulatory homogeneity", due to the beneficial effect of unattended gas stations on the Price reduction.

The regulator points out that the lack of personnel and less space than the automatic gas stations they occupy contribute to their being cheaper than traditional gas stations. To demonstrate this, it is based on a study carried out in the Community of Madrid, one of the communities with the most stations of this type, and concludes that the average price difference between automatic petrol stations of independent operators and petrol stations served by vertically integrated operators (Repsol, Cepsa, BP, etc.) reached a maximum of 16.9% for diesel A and 12.3% for gasoline 95 during the period under investigation (2012-2016).

Companies such as Ballenoil, Naftë, Petroprix, Petrocar, Plenoil, Elc24h, Aneroil or Autonet & oil struggle to gain a foothold, although most of them are concentrated in very few autonomous communities. In Catalonia, the Valencian Community, Andalusia and Madrid, 72% of unattended gas stations are located in Spain. At the other extreme, both in the northern peninsular communities (Galicia, Cantabria, Asturias, Navarra, La Rioja, Aragón) and in Extremadura and the Balearic Islands, there is practically no presence.

Below the European average

Precisely, the CNMC warns that the national regulation and of some autonomous communities is "highly restrictive" with this type of gas stations, which makes Spain one of the countries of the European Union with less penetration of this type of service stations.

The penetration of automatic installations varies considerably in the EU, according to the study by Civic Consulting (2014), from 0.7% of the total service stations in Italy to 69% in Denmark. In this spectrum, Spain is below the average with a penetration of 5% over the total, a level similar to that of Germany (4.6%) and is almost half that in France (8.8%). The European Health and Consumer Commission studied the impact of this model in 14 countries, finding that in 13 of them prices were significantly lower, with an average of 1.9%, which in the case of diesel reached 2.7% .

Restrictive laws are based on two arguments: security and the loss of jobs. State legislation has already imposed very strict regulations on measures such as automatic fire fighting or in case of emergency. But the pressure of the workers' representatives led seven autonomous communities to prohibit the implementation of this type of gas stations without personnel: Castilla y León, Castilla-La Mancha, Navarra, the Basque Country, the Balearic Islands, Murcia and the Valencian Community.

The European Union and the Supreme Court gave the reason to the National Association of Automatic Service Stations (AESAE) in their battle against these laws, and the autonomous communities have had to reverse their regulatory restrictions. However, the debate remains. The employer of the automatic stations says that thanks to its presence the consumer can save about 300 euros a year when refueling. On the other hand, the unions complain that each phantom gas station means at least the loss of six jobs.