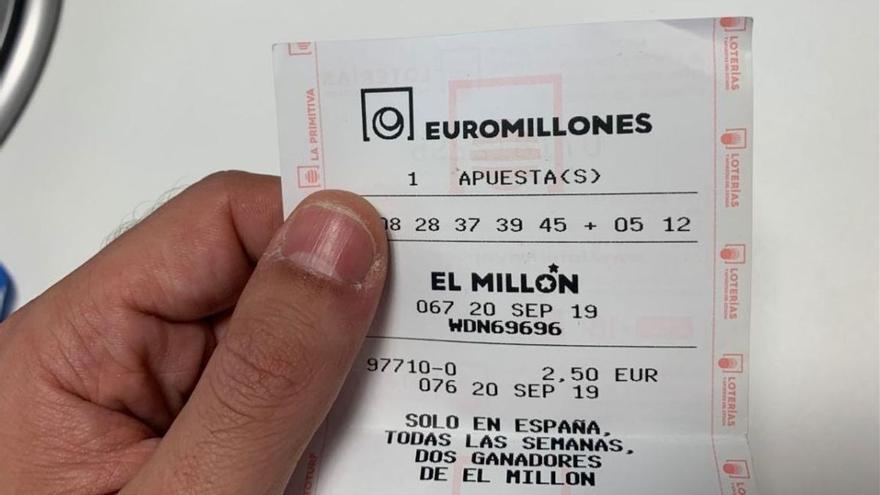 However, it is true that there is a greater chance that a meteorite falls on you than to win the Primitive. And in the case of Euromillions, who is the best financially gifted, the odds are one in 116.5 million. In fact, you are more likely to die from it. shark attack (one in 3.7 million) or that we drop a lightning (one in 700,000).

But in United Kingdom there have been three prizes of one million pounds each (slightly more than 1,195 million euros) which, in addition, have not been claimed by their winners, according to information published by the newspaper 'The Sun'.

Tickets validated in the cities of Gloucester, Liverpool and Portsmouth. Andy Carter, spokesman for Camelot, the company that runs lottery games in the UK, has made a request: "We encourage everyone to check their tickets."

If six months go by without anyone claiming the prize, the winners will lose the money and the lottery administrations that sealed the tickets will allocate the millions to a charitable cause of their choice.

According to 'The Sun', there are two more tickets, awarded with 240,000 euros each, unclaimed in Yorkshire and Barnsley. In addition, in a special raffle called Set For Life, the winner of a prize of 10,000 pounds (almost 12,000 euros) a month for a year has also not claimed the prize. That ticket was stamped in Northampton.