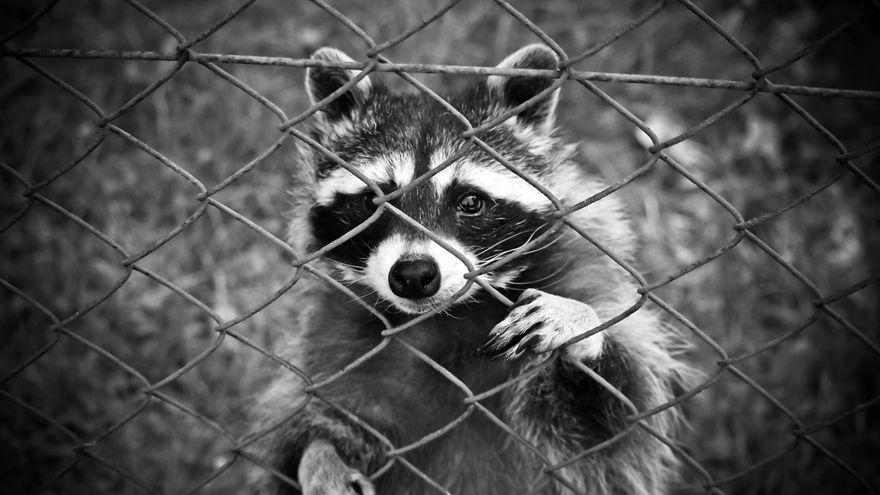 The raccoon is an invasive species that has been installed in Majorca quite naturally. Already more than 200 have been caught so far this year, according to data from the Consorci de Recuperació de Fauna de les Illes Balears (COFIB). Its aggressive nature, its high reproduction rate and its predatory nature make this seemingly innocent animal a huge problem for Majorcan fauna.

From the COFIB they appeal to all people to “do not touch the cages if you see a raccoon inside”. The Consortium has been working for years on a project that aims to eradicate this animal in Mallorca. They have an App called Green Line, through it, users can notify the organization of the sighting of any of the invasive species, such as the red-eared turtle, the Vietnamese pig, the carp or the raccoon.

The main problem posed by the appearance of the raccoon on the island is that with its little more than half a meter and four kilos of weight, it is enough to double the size of any other predator in the area such as martens or genets. It is a nocturnal animal and a very voracious predator: omnivore, it eats from fruits, food scraps that it looks for in the garbage, to other endemic animals such as snakes, ferrerets or birds.

🦝 Over the years, the Cofib has captured 240 income-generating animals in the gàbies that collocades to different points of the Serra de Tramuntana.

It is an invasive species, which teaches greus conseqüències in the autochthonous fauna and transmetre malalties als humans.

Raccoons can transmit diseases, like rabies, both to other animals and to people. If someone finds one, they need to call 112 immediately or use the COFIB Green Line App.

Raccoon specimens began to be found in Mallorca at the end of the 90s. They had them as pets and when they grew up and became annoying and aggressive animals they released them.