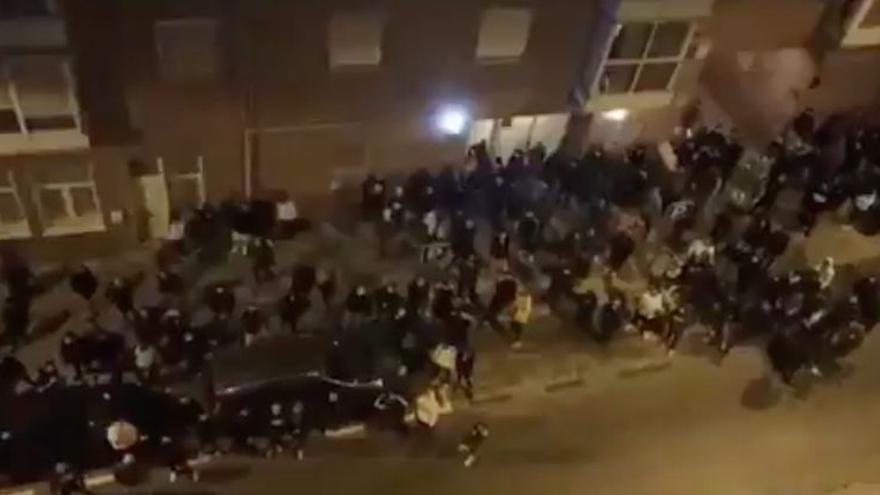 The NGO SOS Racismo Madrid has denounced the celebration of a xenophobic rally in the San Blas neighborhood of Madrid. The events occurred this Tuesday, when around seven in the afternoon “a crowd of neo-Nazis” – according to the organization on Twitter – arrived in the area and began to launch racist chants.

“In San Blas, not a fucking mena,” the protesters repeated as they walked, alluding to unaccompanied foreign minors arriving in Spain. Against these young people, they also shouted: “Out of our neighborhoods.” As the organization explains, the action promoted by far-right individuals was promoted through social networks, where they called on neighbors to go out to “defend the neighborhood and its people.”

SOS Racismo Madrid assures that the neo-Nazis – whom they identify as such because they carry slogans such as “Strength and Honor” on their banners or for having made the salute that characterizes them by raising their arms – “managed to find out the exact address of the reception apartment of the Unaccompanied minors and under his window they sang things like: ‘Madrid will be the tomb of the men.’ The anti-racist organization also warns that the attendees did not respect health safety measures: there was no safety distance and, according to the group on Twitter, some attendees found their mask lowered.

After the concentration promoted by members of the extreme right, the anti-racist Assembly of San Blas ‘San Blas-Canillejas in struggle’ explained in a statement that this group has already suffered harassment by neo-Nazi groups on other occasions. This platform states that young people “have been facing all kinds of xenophobic and racist accusations for weeks, being falsely and intentionally accused of all the evils that have occurred in the neighborhood.” Given the events on Tuesday, they expressed their support for the young people indicated: “We want it to be known that the neighbors show support for this group of children, which is what they are, after all, children in a situation of helplessness.” In response to this action, this neighborhood platform has called this Friday a protest “against fascism and racism.”