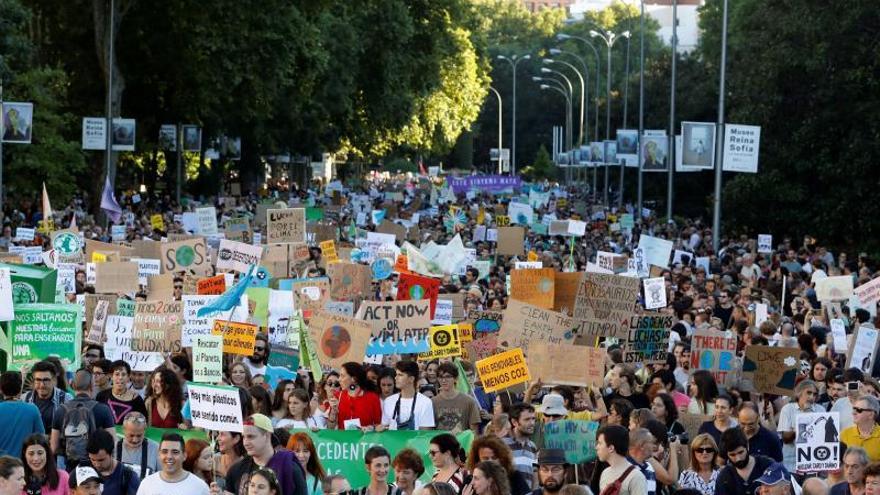 One of the traits of the first environmentalism was trying to give a voice to future generations who were going to inherit a devastated planet. The narrative force of this idea permeated even the institutional definition of sustainable development, formulated in the late 1980s in the Brundtland Report, as the ability to meet the needs of the present generation without compromising the ability of future generations to meet their own needs. needs.

Beyond the debate on the needs or on the scarce operability of a concept that did not want to be uncomfortable, questioning the infeasibility of the socioeconomic model, the appeal to an abstract intergenerational solidarity is interesting and pertinent. And it is that every society that survives in time is sustained on a pact of this type, by which the adult population takes care of children and the elderly. A tacit, unwritten agreement that is ideally based on reciprocal relationships between age groups over time. And that in practice has required multiple institutional arrangements such as the pension system or specialized public services, while leaving much of the task on the shoulders of women.

In our societies, youth is the age group that is the worst fit in this arrangement, too old to convey to us the vulnerability of childhood and too young to be fully incorporated into an audio-centric society. Systematically ignored and neglected, youth are placed in the blind spot that public policies do not reach.

And meanwhile, they inhabit that no man’s land where the higher levels of poverty and the greater difficulties in accessing housing, which is explained by the precariousness and an obscene youth unemployment rate of 40.4%. At the same time they suffer from the paradox of enjoying the highest levels of school failure in the EU and at the same time 36.3% overqualification. And although we don’t like to talk about it very much, its main cause of death is suicide. There is no single explanation, but beyond the emotional ups and downs of adolescence, young people are the most unhappy and pessimistic age group. The difficulty of projecting a life with minimal certainties or negative expectations about the future, surely have a lot to do with it.

In the first wave of the pandemic they were the most ignored age group, and during the de-escalation and the beginning of this second wave they became the ghost who was blamed for all our ills. A good part of the political class, the well-thought-out professionals and the know-it-all gatherings have not stopped talking about the irresponsibility of the youth, their lack of commitment to civic duties and especially to their elders. Their behaviors put us all at risk, as exemplified the insulting institutional campaign of the Community of Madrid.

This carefree and irresponsible caricature of youth was made on behalf of a sensible adult population fully committed to the pact between generations. Those who have spent decades orienting the policies, the economy and the culture of our society towards an eco-social collapse dare to give lessons in intergenerational solidarity. You will not deny me that it has been an exercise in capital cynicism, that those who ignore or encourage the destruction of the material bases and ecosystems on which the future life of the younger generations will be sustained, have not stopped appealing to intergenerational responsibility. . Do what I say, not what I do.

It seems like a remote past, but a little over a year ago, the world’s youth unleashed a wave of mobilizations in defense of the climate, demanding a rigorous approach to the eco-social crisis. These movements acted as the annoying alarm clock that strove to shake the normality of a society that pretended to be asleep. Future generations a few decades ago began to speak in the first person of the plural. They did not avoid the fact that this crisis had previous generations as responsible, who had expropriated their future by being unable to redesign the functioning of economies that systematically deepen social inequalities and predate ecosystems.

The reproach they could make to those of us who for decades have not been able to reorient the functioning of societies that are looming over the precipice of ecosocial collapse is difficult to name, and yet they bet on redefining the conflict in such a way that they could weave complicities and solidarity with their predecessors. They invited us to listen to science and distrust conventional economists, they appealed to the leadership of society and defended civil disobedience, they challenged the courage of the political class to think long-term and assume their historical responsibility in the face of the greatest problem that we share. as a civilization.

COVID1-9 has slowed down the most hopeful youth mobilization in recent decades, turning its praised protagonists into irresponsible villains. Communicatively we have been more concerned with pointing out the youth, ignoring their structural problems and the institutional neglect they suffer, than with emphasizing the direct relationship between destruction of primary ecosystems, the industrial food system and the globalized economy with pandemics.

Decarbonizing the economy, redistributing wealth, decreasing the consumption of materials and energy, protecting biodiversity, putting the reproduction of life at the center … would be the foundations of an Intergenerational Pact at the height of the historical moment in which we live. Avoiding this scientific, biophysical and political evidence is a true act of irresponsibility for our fellow citizens and especially for the younger generations.

Formerly it seemed very intellectual to say that “who is not a revolutionary at 20 has no heart, and who continues to be at 40 has no brain.” Today we know that those who make these statements are usually people who never had a brain or a heart. Promoting ecosocial transitions may seem like a revolutionary agenda, but in reality it is a very conservative bet, one that aims to preserve what life depends on.

Let us praise that abused youth that is called to carry out care changes, in all senses of the word. We will accompany you.