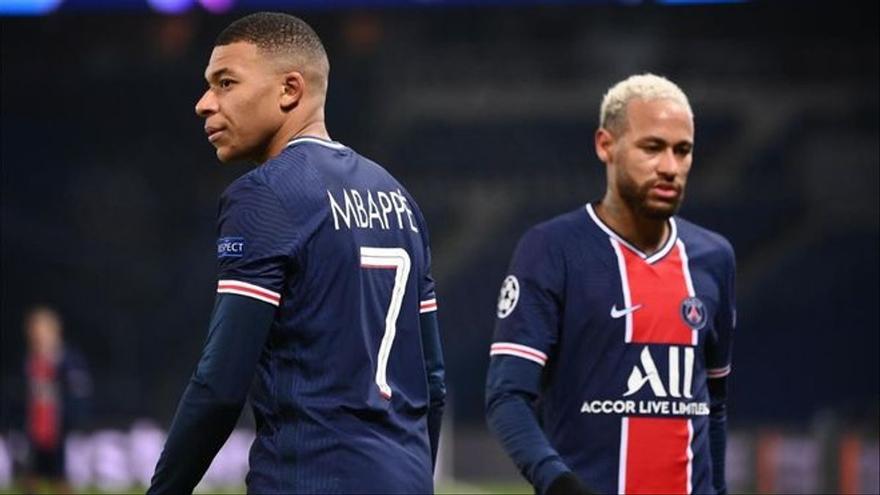 They already dream of their presentation act. And with his first match with him PSG. The French press was euphoric this Sunday at the possible arrival of Lionel messi to Paris Saint-Germain. The forbidden – and so desired – object of the sheiks of Taste It seems to be getting closer to the Parisian team, one of the few destinations that can be seen among the big leagues for the Argentine star.

“PSG is a possibility”, acknowledged Messi during his farewell press conference, in which he clarified his imminent arrival in the French capital: “At this point I have nothing with anyone, nothing is closed yet, but we are talking.”

Messi’s words contrasted with the unbridled optimism of the French press. According to the newspaper L’Équipe, “The club from the (French) capital and the representatives of the Argentine international practically reached an agreement this Sunday on the last details.” Le Parisien He was talking about a “10” trip to Paris on the same Sunday night for his medical check-up on Monday. Ultimately it will not be like this. Messi will wait to close the contract well before moving.

“If the Argentine is very sad about the obligation to leave Barça in these conditions, his sadness will be clearly attenuated with the contract that the club prepares for him. PSG”, He ironized L’Équipe. The French club offers him a three-year contract (two plus one optional) with a salary of 40 million euros net per season. This astronomical token will make you the highest paid player in Qatar’s sports jewel –Neymar he charges about 35 million net -, although it will mean a considerable reduction compared to the 70 million he earned for the Barça team in recent seasons.

With the possible signing of Messi, PSG is preparing to form a dream team. Despite the pandemic, it has already achieved the incorporation of Sergio Ramos, the Italian Donnarumma and Achraf Hakimi, on the right-hand side, one of the most outstanding players in the first matches this season of the team of Pochettino. “Although in Spain some media already imagine a sale of Mbappé to Real Madrid to make possible the arrival of Messi to Paris, the management of the club in the capital does not understand it in this way,” he stated L’Équipe.

The leaders of PSG have between eyebrows to reunite in the same forward to Messi, Neymar and Mbappe. This fearsome trident would make this set one of the great favorites for the next Champions League, despite the fact that a collection of galactics is not always the ideal formula, and even more so considering the peculiar character (being fine) of these. three ball monsters

Is the “MNM” that the French dream of economically viable? Will PSG be able to make it compatible with the Financial Fair Play? The rules of Ligue 1 are considerably less strict than those of the Spanish League. With Qatar’s petrodollars, the Parisian team has plenty of sleeves to spend, as well as some skill in financial engineering (or almost magic).

However, the salaries of its staff have never been as high as now. The budget presented for the season 2021-22 foresees some losses of between 250 and 300 million euros.

According to L’Équipe, its leaders expected to obtain 180 million from the sale of players this summer, “but there is an obvious danger that this objective will not be met.” Therefore, “Paris must find new income.”

According to the sports newspaper of reference in the neighboring country, its leaders trust in the extra income that the arrival of the best player in the world would generate. If the expectations of the French press are met, no one doubts that in the coming weeks PSG will sell lots of shirts with Messi’s name. And surely with number 10 that his friend Neymar would lend him.