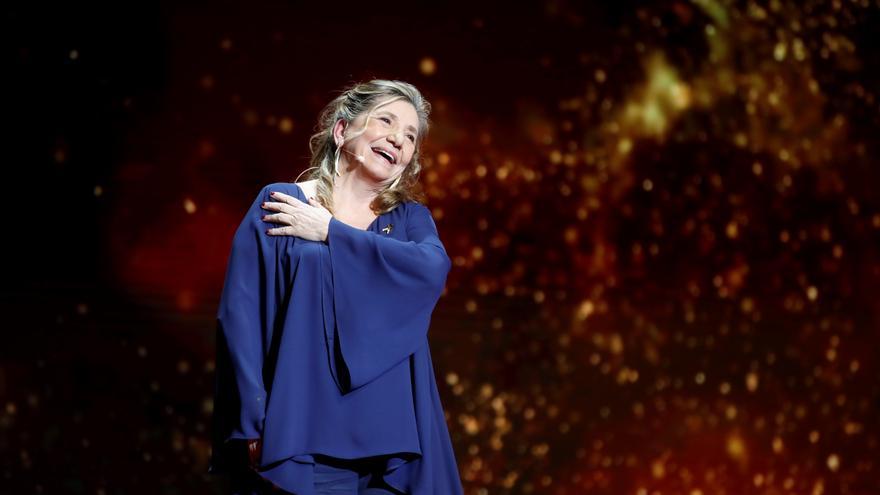 Barcelona, ​​Mar 21 (EFE) .- The president of the Acadèmia del Cinema Català, Isona Passola, has lamented the “critical” state in which Catalan cinema finds itself, with low-budget films, which find it difficult to cross borders , and has considered that the only solution is to “bet the televisions.”

He hopes that the new Catalan government will be “brave” and resolve this issue with a “very clear, very easy solution” that happens, in his opinion, because “televisions bet money on our films in Catalan, including Spanish Television, which I could contribute, but especially TV3 “.

“Please,” he implored, addressing the politicians in the room, “I have no doubt that those of you who enter will finally be brave and will solve the problems of TV3, which has become old. We will thank you deeply.”

In addition, he has not ignored that all this happens when “our environment is filmed more than ever, everyone demands audiovisual material. Why have we had to stay behind? Why do we have this talent drain? Why are we in this impasse? “, has been asked.

Passola, who ends her term at the head of the Academy after eight years, has thanked all her collaborators for the work and for how they have accompanied her during this time, while also recalling some projects such as the Gaudí Cycle, thanks to which Catalan films are screened in 107 towns, despite the fact that there were only eight in the beginning.

Faced with a room that had only 30 percent of its capacity, Passola has specified that there were “very painful absences, which are physical, and others that are not physical, and he would not want to miss a claim for all those singers and artists who have been retaliated for creating in freedom “, which has caused applause from the audience.

He has also had words for the “politicians who have been retaliated, in exile, and in prison, who will always be here, with us. This year – he has continued – more than ever I really want to say that there is no just State, there is no a State that claims to be just that denies the freedom to speak, to think, to create. ”

For this reason, he has finished his vindictive speech, with a “Long live freedom of expression and Catalan cinema, and cinema in Catalan!”.