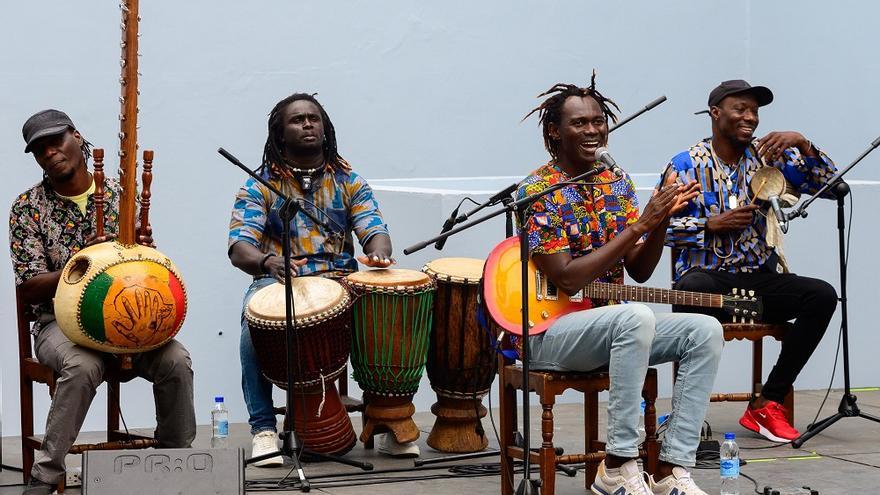 The playground of the emblematic building will be the meeting point for adults and children who want to be part of this initiative whose objective is to approach and cultural exchange. In this way, Encounters with Africa will start on October 6 with the djembe workshop taught by Malle Sarr. The activity, in which the attendees will be able to start learning the characteristic instrument together with the Senegalese percussionist and korista resident in Gran Canaria, will take place between 5:00 p.m. and 8:00 p.m. and, although it is free, in this case the prior registration on the phone 606 882 054.

Just one day later, on October 7, Pilar Dámaso, professor at the Hermanos Thioune Art Studio, will bring African dances to Quegles in a fun workshop in which music and drums will not be lacking. .

On October 13 it will be the fashion designer and owner of the Geaniva store, Gina Emmanuel Aka Niang, who will speak about Senegalese crafts in the courtyard of the Mansion. The talk will also begin at 7:00 p.m. At the same time, on the 14th, the Thioune Brothers will return to the historic building to offer a concert for the whole family. This Senegalese group, made up of traditional and contemporary instrumentalists from the country, under the leadership of the singer-songwriter, guitarist and percussionist Khaly Thioune, was born in 2009 in Las Palmas de Gran Canaria. Both he and his brother Aly, both graduates in performing arts from the National School of Art of Senegal, are the promoters of this project.

Dagauh Komanan, a graduate in Modern and Contemporary History with a specialty in International Relations from the Félix Houphouët-Boigny University of Ivory Coast, will take attendees to the African continent through literature on October 20 in a talk that aims to unite both cultures . West African Literary Heritage: At the Confluence of Two Worlds It will be the common thread for this adventure between letters that will begin at 7:00 p.m.

Nayaban jean it will land in the Quegles just one day later, on October 21. The Senegalese, who is the founder of the Nayaband group and author of albums such as Globalización, Hope and Plus d’Amour with which he won the 2019 Canarias Música award, will make the public vibrate with his eclectic music and fusion of rhythms.

And from the sounds to the flavors of the African continent from the hand of Assiata DiouF. The Senegalese cook will delve into the ins and outs of the gastronomy of her homeland on Wednesday, October 27, and will share the recipe for Senegalese thiéré with which she won the prize for the best couscous in the world at the 2019 Cous Cous Fest. Finally, Naby Zana Camara, a native of Guinea Conakry, will also return to the Palace to put the finishing touch on October 28 with a concert that will value music as a universal language without borders.