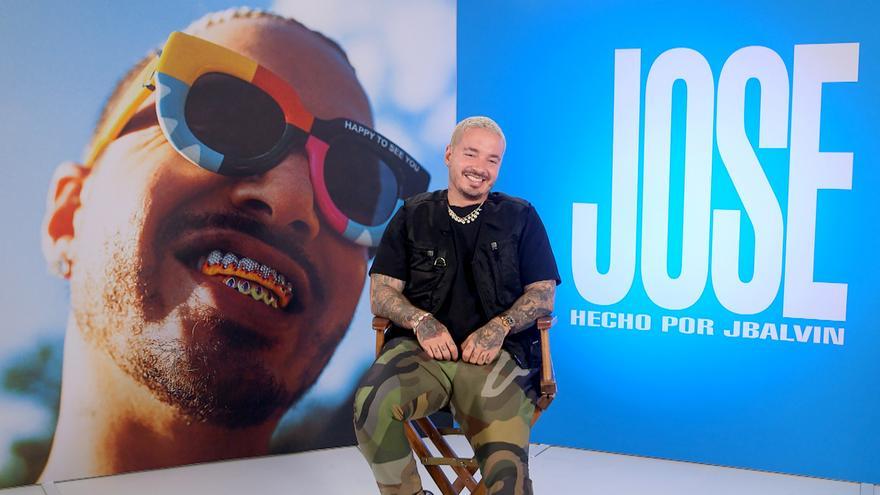 Miami, Sep 10 (EFE) .- José Álvaro Osorio Balvin or "Jose", without accent, for friends, publishes his first self-titled album this Friday. It is actually his sixth studio album as J Balvin, but it is the first in which he presents himself as he is. "It is my most personal, most vulnerable work," says the Colombian musician in an interview with Efe.

"In my new album, 'Jose' I am totally naked. The songs tell who I am, what I am living. There is even one for my family and what they represent, there is another one that I wrote to my best friend, my son Rio. So when it came time to choose the name I decided to give it mine. Not J Balvin, but Jose, "he says.

Considered one of the most important names in Latin music, J Balvin has been known for delivering innovative artistic proposals to his fans and "Jose" is no exception.

He has also been generous with new talents and the album brings collaborations with emerging artists from his native Medellín and the Dominican Republic, among other countries.

The singles that he has already released predict a great success for the album: "In Da Ghetto", with the American DJ and producer Skrillex, has more than 80 million listens on Spotify.

And "El Poblado Remix", with CrissinJ, GNatan & Shander, Toto and El Frío, with the collaboration of Nicky Jam and Karol G, has more than 120 million, a figure that is small next to "What else then", with the Argentine María Becerra and who has almost 300.

"Those songs mean a lot to me. For example, 'What else, then' is one of my favorites because that's how we greet each other in Medellín. I'm very excited to see people singing the song, I feel like they're celebrating my city," he explains.

It is a sensation that he aspires to enjoy to the fullest during his next tour, which will begin in April 2022 and for which he has already announced dates in some of the most important cities in the United States and Canada.

When J Balvin presented "Colores", his previous album, he had just fulfilled a dream: to sing at the Super Bowl. He was excited about having shared the stage with Jennifer López, Shakira and his friend Bad Bunny, but sad about his sentimental break with Valentina Ferrer, with whom he had been in a relationship for several years.

Almost two years later, he released "Jose" in a moment of personal glory. He rebuilt his relationship with the Argentine model and on June 27 of this year Río, their son, was born.

The artist had been dreaming of becoming a father for years and recognizes that what he is experiencing is "bigger" than he ever imagined. He assures that he "fell short" in what he wrote in his song "Rio", as it is an "indescribable" feeling.

Fatherhood was not the only transformative experience that J Balvin had lately. In 2020 he suffered a "very strong case of covid", which scared him and the confinement put him face to face with his demons and his crisis of depression, as he showed in his documentary "El Niño de Medellín", which premiered in May on Amazon Prime Video.

"That is a chronic struggle and helping us to understand more about depression and the importance of mental health is an essential mission for me. It is a deadly disease, as evidenced by suicides. You must never let your guard down," he says.

Among the 24 songs on "Jose", it includes collaborations with Sech on "Una nota"; "You remember me", with Yandel; "Banknotes of 100", with Myke Towers; "Baby how good you look", with Feid; "If you dare", with Zion and Lennox; "Pa'guayarte", with Ozuna; "Another fili", with Jhay Wheeler, and "One Day", with Dua Lupa, Bad Bunny and Tainy.

"I made the collaborations with friends and with new artists who are very talented, especially women," indicates this artist who was the one who introduced Anitta and Rosalía in the Latin market, gave the final push to Karol G and now does the Same with María Becerra and the Dominican Tokischa with "Perra", her most recent single.

However, the artist acknowledges that his version of success has changed.

"Today I see it as the inner peace and well-being of my family. That is the essential thing. The rest is extra and now what I enjoy the most is the possibility it gives me to do new things and expand the influence of our Latino culture. "explains the first Latin artist to have his image in a" Skin "for the popular video game" Fornite ".