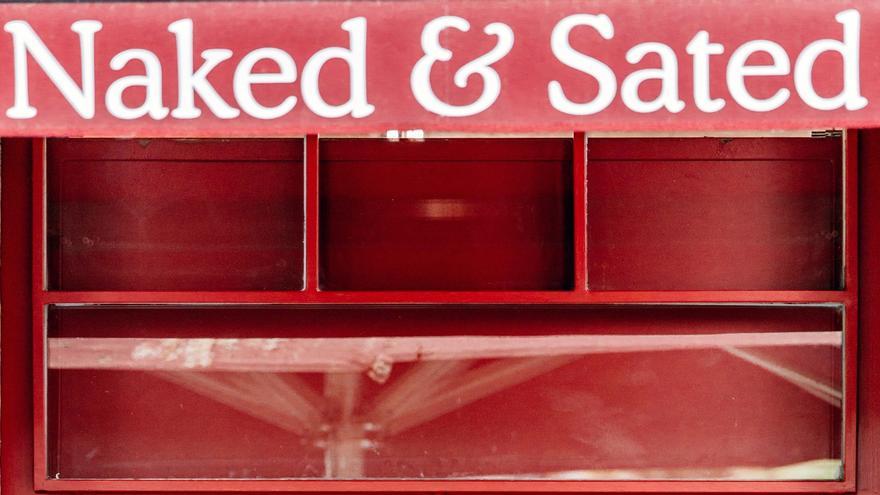 Valencia, Jul 10 (EFE) .- Roberto Bosquet, better known as Chef Bosquet (Vila-real, Castellón, 1985), sweeps social networks with his healthy food and Naked & Sated restaurants, but according to an interview with EFE his first Omelette was a disaster, he can’t resist a good ice cream, and if he plays music while cooking, everything always works out.

QUESTION: Self-taught chef, triathlete and firefighter. What facet do you identify with the most?

ANSWER: Currently with the self-taught chef, because in addition to what I am doing, it is my passion and what I enjoy the most. Firefighter has been a very important stage in my life, but for now it is part of the past. And triathlete has always been something accessory.

Q: I was one of those who didn’t know how to cook anything, how about the first experience with the omelette?

A: I did not study cooking, they did not teach me to cook and I learned by training at home, searching the internet and practicing. The first omelette I tried to make was complicated. I added the uncooked potato, mixed it with egg, put it in the pan and waited for it to be done. Then a friend approached me and said: ‘Aren’t you going to turn the tables?’ And I: ‘the return to the omelette for what, if it is not cooked yet?’

Q: All your recipes are associated with a song, can’t you imagine cooking without music?

A: I really like cooking with music, especially indie music. Since 2013 there is not a year that I did not go to an important music festival with friends. With music everything is better. If I put on music while I cook, everything always turns out well, there is joy and more harmony in everything. It is a good idea to associate each dish to a song, even if it has nothing to do with it.

Q: Any dish that resists you?

A: There is a dish that I refuse to make healthy, the ‘macarons’. I was with it for a week, but the main ingredient is sugar, and without sugar it is quite complicated. In the end they came out, but they didn’t reach the same level as their unhealthy version, so it’s not worth it.

Q: The potato omelette, with or without onion?

Q: And what do you think of the pineapple pizza?

A: Pineapple is an ingredient that in savory dishes can fit well if it is well combined, but I am not in favor of pizza with pineapple, because I think it does not fit. It is the same as a paella with chorizo.

Q: What do you think when you hear the phrase: can it be substituted for … (add any ingredient from your recipes)?

A: I try to give different options so that everyone can enjoy each recipe in the best possible way, but what does not enter my head is when in a recipe with two ingredients people ask me if one can be substituted.

A: To a good ice cream in summer.

Q: You are a person who is not still for a second, what would you like to spend more time on?

A: To the family, because it is never enough, and also to sports. I would add traveling, but now we have a little one and it is not the time to go very far. For some time now I have been trying to have the afternoons free, and since the little one, who is two and a half months old, was born, I no longer work on weekends and I enjoy being with the family.

Q: If I say vacation, what comes to mind?

A: A lot of beach, restaurants with delicious food, walking a lot and discovering cities and their corners.

Q: Do you prefer the sea or the mountains?

A: Without a doubt, the sea.

Q: Could I spend a day disconnected from social media?

A: The truth is, yes. I have done it many times, when maybe I have an event, like a wedding. That day I disconnect from social networks. I still upload a photo or a story, but I don’t interact. Also when I’m traveling I try not to do anything on social media, rather than upload a photo or ‘stories’.

Q: Do you ever think about going back to being a firefighter?

A: Sometimes I think that it would be good to do some watch to remember those old moments, but for now I consider that it is a stage that was very good and I would not change for anything, although if I did not return nothing would happen.

Q: Do you prefer series or movies?

A: I’m from both series and movies. Every moment has its preference. At home, on the couch, eating or having dinner we usually put series, and on the weekend or if we go to the cinema, movies. I really like both cinema and Spanish series.

Q: What books are on your nightstand?

A: What I have the most are cookbooks and also biographies, stories of overcoming.

Q: You have as partners the footballers Marcos Llorente and Ibai Gómez. Who do you go with when Atlético de Madrid and Athletic de Bilbao play?

A: If Marcos plays against Ibai, I can’t want anyone to lose, so the best thing is for them to draw and score three goals each, and everyone is happy.

Q: Any dream to fulfill?

A: I have many dreams, but maybe if I tell them they won’t come true, so let’s leave it there.