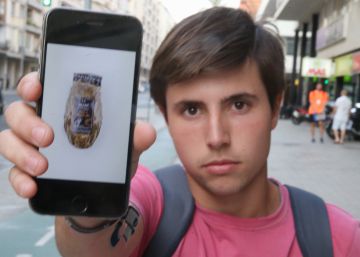 Chucena, a town of Huelva with 2,200 inhabitants, celebrates its big day on August 15. It is common for that day the neighbors go from house to house and peck at what is offered. In the clubs, members also bring food to share. This year, among the food was meatloaf The wick. When the chucineros ate it, they didn't know it was contaminated with listeriosis. The Junta de Andalucía decreed the health alert that same day 15.

The hangover of the parties for many inhabitants of Chucena has been very hard. Up to 30 neighbors, says Mayor Encarna Castellano, have been affected by the outbreak, including several pregnant women whoThey are admitted to different hospitals in Seville. "I think there are more than 30, in my family at least 15 have fallen," says Elías Fernández. The whole clan was eating at the house of an aunt of his wife. “Her husband always prepares the meatloaf, but this year she decided to buy it”. The first to suffer symptoms fThey were his wife, Ana Maria, and his brother. On the 16th, as soon as they saw that a health alert had been decreed, they went to the emergency services of the San Juan de Dios Hospital in Bormujos. “There we were half Chucena and people from other villages also at parties. The cleaners weren't enough with the bathrooms, ”he recalls. There they were tested and given the antibiotic. "At five in the morning, when he sent the fever to my wife, we went home." The next day, he began to feel bad. "When I went and they did not test me, they gave me the antibiotic directly."

The first day they went to the ER coincided with Álvaro, a 19-year-old from Villamanrique. He had eaten shredded meat the day before at a beach party. He was tested and given the antibiotic, but no samples were taken for a culture, as established by the protocol. "Before the avalanche of neighbors with symptoms, many have not been tested, so they do not appear as affected in case they wanted to claim," said the mayor of Chucena.

The urgencies of the Bormujos hospital are not the only ones that collapsed. The small health center of Chucena also fails to supply. "The neighbors who ate the meat and have not suffered the symptoms are worried and come to find out what to do," says Castellano. In addition to the fear of suffering from listeriosis, there is another fear in the town: that the knife of the establishment that dispensed the shredded meat has cut other products and is contaminated.

Rosario is from Carrión de los Cépedes, another town in Seville. Her husband is from Chucena and she, six weeks pregnant, ate meatloaf during the holidays. He has been admitted to the Virgen del Rocío in Seville since August 16. "We went in the morning although I had no symptoms, but when I got home my fever started to rise, I went back and they took me to the plant." Yesterday she knew that she and her baby are free from listeriosis.

She is the pregnant woman of less than 23 weeks who share a plant in the hospital. In the bed next door is Zahara Garrido, 19 weeks pregnant. He entered on the 16th and ate the meat at midday last week. Garrido is infected although he has not transmitted the bacteria to the fetus. You have been told that you still have 15 days to receive your discharge. She is the wife of the mayor of El Coronil, another town that was at parties this weekend. There, unlike Chucena, no neighbor has developed the symptoms for now, confirms the councilman, José López.