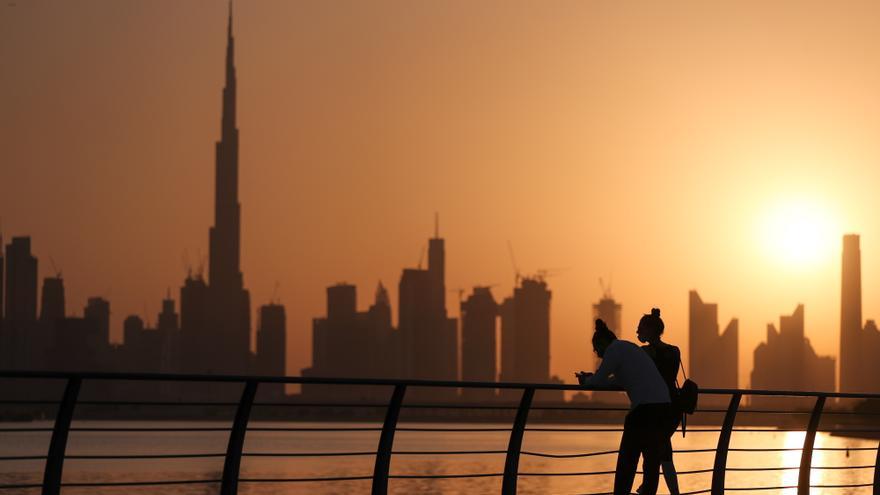 Dubai, Feb 2 (EFE) .- Two men meet on a street in Dubai: one of them wears the “kandura”, a traditional Emirati tunic, and the other, a kippah on his head. It is a new stamp in the cosmopolitan Muslim-majority city that welcomes Israelis and Jews following the agreement last August to normalize relations between the United Arab Emirates and Israel.

Tourism between the two countries has been one of the first signs of this normalization, although the COVID-19 pandemic is affecting travel and has postponed the entry into force of the visa exemption for citizens of both countries that should apply from the next day 12.

But in the United Arab Emirates (UAE) they have already received many Israeli tourists in the past months, some select restaurants have started serving kosher food and the most enthusiastic, to learn Hebrew.

A CULTURE TO DISCOVER

“Israel is like a black box, we didn’t know anything about Israel except through the media. Now we see the Israelis and we can talk to them,” says Yousef Alhameli, a 48-year-old Emirati oil sector official, who began studying Hebrew shortly after the signing of the so-called Abrahamic Accords.

He explains that his teacher is from Egypt, the first Arab country that signed a peace treaty with Israel in 1979, but whose citizens still have misgivings towards Israelis and Jews, and everything that has to do with their culture and religion is surrounded by secrecy and distrust.

Alhameli believes that in the UAE it will be different and many will learn Hebrew out of necessity or for business, and that when restrictions are lifted due to the coronavirus, the Emiratis will travel to Israel, something that today is almost impossible for Egyptians, except Christian pilgrims. .

The Hebrew student claims that his friends are also curious about Israel and encourage him to learn the language, and he believes that this trend will be seen even more in young people.

“The more you learn, the more you like it because you feel like they are learning a language that is part of you but to which you have never been exposed. I love the way Hebrew sounds!” Enthuses Alhameli.

However, apart from advertisements to learn Hebrew and some online initiatives for cultural and commercial exchange, standardization is still not clearly perceived in Dubai in establishments and in daily life in the city, which has welcomed tens of thousands of Israeli tourists, according to the Israeli press.

Last week, the Israeli Foreign Ministry announced the opening of a “temporary embassy” in Abu Dhabi, headed by diplomat Eitan Naeh, and is expected to be followed shortly by the opening of a consulate general in Dubai.

For its part, the Emirati Government announced that it will establish its future Embassy in Israel in the city of Tel Aviv, without specifying the date of its opening, supposedly due to the impediments of the pandemic.

A RABBIN FOR EMIRATES

For Rabbi Elie Abadie MD, normalization can be seen and heard: “Last month there were at least 70,000 Israelis in the UAE; you walk down the street and listen to Hebrew (…) The signs of normalization are before the eyes of all, “he told Efe.

Abadie speaks Arabic because he is originally from Lebanon, his parents emigrated to Mexico, where he also learned Spanish, and finally settled in the United States, from where he has come to the UAE to lead the Jewish Council of this country.

“I have the feeling that we have returned to recreate the beautiful history that we had 2,000 years ago in this region,” says the priest who has the mission of establishing “new institutions” in the country of the Persian Gulf.

There are an estimated 800-1,000 Jews in the UAE, of whom some 300 are active in the community and participate in religious celebrations. Now, with political normalization and the growing acceptance of this religion, others might take heart.

“Many of the Jews work here or have businesses, but they did not have the opportunity to say ‘I am Jewish’ (…) After the Abrahamic Accords some of them are coming out of the closet,” says the rabbi.

In addition, he foresees that the Jewish community will increase: “UAE is becoming an alternative to live where there is freedom of belief and tolerance” for those who feel “threatened”.

“The UAE is a modern country, with business, culture, tolerance and is the next destination for the Jews of Europe,” he predicts.