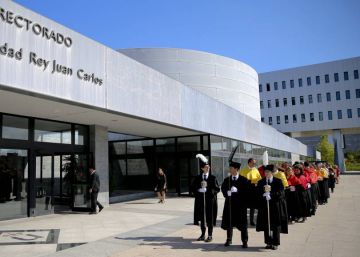 Max Weber said that academic life is pure chance and that even he should thank "some absolute coincidences" to appoint him as a very young teacher of a specialty in which other older colleagues accumulated more merits. Obviously, coincidences of this kind have never existed in the organizational and cultural structures as closed as the university. Actually, his early promotion was a matter of power and not of chance. Power understood as the ability to do what one wants – in this case the academic sponsor Weber's— against the opinions of others.

Just a century after the German sociologist pronounced these words, the debates about the academic career are still fully valid. Lately they focus on the role played by the National Agency for Quality Assessment and Accreditation (ANECA) in the Spanish university system and the power that it exerts on the trajectories of the professors and researchers who must undergo their evaluations to obtain the corresponding accreditations and, thus, be able to be stably incorporated into the templates of Spanish universities.

There are now very critical voices requesting its complete reformulation and even the disappearance of accreditations so that the universities themselves are the ones who, in the exercise of their so-called autonomy, decide who is hired and how they are hired. This thesis has added new adherents as a result of the negative resolutions they have obtained some applicants with proven track record International researcher but insufficient teaching merits, according to the assessment scale required by Royal Decree 415/2015.

Suppose for a moment that the plea of ​​all these critics would take effect and, ceteris paribus, the accreditations will disappear. Or, better, suppose ANECA disappears. With it they would do all the programs of evaluation of teaching staff, research productivity, qualifications and teaching such as ACADEMY, PEP, CNEAI, VERIFICA, DOCENTIA, AUDIT … and some other programs, which would constitute an (apparent) release.

In that scenario so desired by many, the formulation of the current Organic Law of Universities already allows each university to have full independence to design its own access competitions for officials and public calls for hired personnel, having today as the only restriction the rate of replacement. Full professors and professors, many of them consolidated as such with curricula far removed from the current standards of demand, would assume all the power not only of selection – a chapter that they have always managed to preserve intact – but that they could apply criteria of free evaluation. Without a previous level cut by an external agency, it would be the members of these bodies who would determine, among a mass of applicants, those they considered worthy of incorporating their departments.

"ANECA must take a giant step in terms of transparency"

It is obvious that among these applicants we would find people of proven academic and research career, perhaps even some of their own doctoral students. It is also likely that we stumbled upon relatives of difficult placement in other areas of the labor market. After a selection process under these parameters, there would no longer be “anecados” but only excluded through the inbreeding and clientele power system that operates in Spanish public universities.

Inbreeding is consubstantial to every human group, operating as a principle quasi chromosomal survival and protection against the other. But with ANECA, people who attend the places called by universities present a previous credential: an external accreditation based on technically objective parameters – of course, improvable – but not subject to the sociogram of interests and power that, for example , perverted from its origin the happily surpassed National Enabling system and that some now claim to claim as a clean and pure opposition procedure.

In my opinion, nothing would aggravate the current situation of the Spanish university system more than to weaken ANECA, eliminate accreditations or promote a reduction in its level of demand. Its disappearance would imply going back forty years and breaking the trend of constant improvement in the quality and positioning of the scientific production of our universities.

The way forward is just the opposite. It is essential to strengthen the ANECA against the myth of the supposed benefits of pure university autonomy financed with public money. I know very well what numerous university managers are capable of out of control and installed in the most absolute impunity, and I do not recommend it to the most traumatized of the “anecados”. The supposed correlation – even with claims of univocal causality – between university autonomy and excellence has no solid empirical foundation when it comes to public academic organizations and officials subject to the “culture of the square for life”.

Accreditation programs must follow a growing but sensible path in terms of demand, all within the framework of the most absolute procedural guarantee. ANECA must take a giant step in terms of transparency, promoting clear criteria and rearranging the merits that are subject to evaluation according to the effort and the years necessary for its achievement.

It is essential to promote a consolidated model of teacher accreditation by integrating the ACADEMIA and PEP programs, segmenting the levels of demand according to the figures and activating the previous self-assessment. It is necessary to leave behind the abusive delays in the processing of the files and the perverse effects of the administrative silences. It also requires the utmost rigor in the selection process of the evaluation commissions, including promoting a specific program to expressly accredit its potential members, leaving behind the number of research six-years as the only cut-off criteria, since it is of a very poor parameter and clearly insufficient for matters of this draft. And, of course, it is essential to provide ANECA with the human and material resources that it now does not have to successfully achieve its objectives and gain legitimacy and credibility.

A different but also necessary question is to promote a debate about what the central task of university professors should be today – research, teaching or both; analyze in depth the consequences of the growing scientific fordism and its impact via Matthew effect in the social structure of science —Which is really the great fundamental question— as Merton already explained half a century ago; or reflect on the quantitative or qualitative approach of the evaluation processes when the ranking It conditions even the lines of research. In any case, weakening ANECA would be a mistake that the Spanish university system would not recover in decades.

If that serious decision were to be taken, the question that Weber posed to the young academics who asked for advice would keep all its sense one hundred years later: “Do you think that you will endure that, year after year, mediocrities pass over you and more mediocrities without getting bitter inside and without spoiling? ” To which he replied: "I have known very few to endure without doing internal damage to themselves."

Salvador Perelló Oliver He is a full professor at the Rey Juan Carlos University, accredited as a professor after passing the evaluation criteria approved in November 2017, and a member of the Committee of Social and Legal Sciences of the ANECA PEP Program.

The extraterrestrial mineral that came in a meteorite