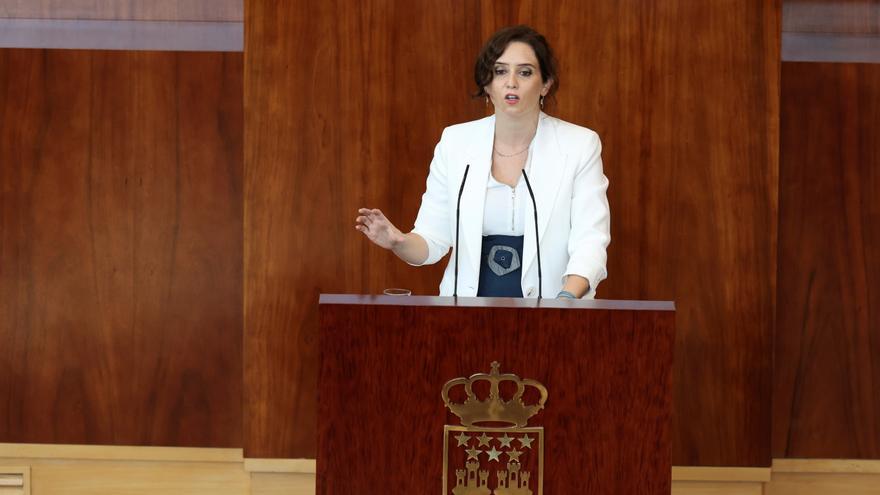 The Madrid Assembly has approved this Thursday, with the votes of PP, Citizens and Vox, the modification of the Land Law Project that, among other issues, will allow the elimination of most of the licenses and liberalize the urban sector. This is the first regulation that the regional executive manages to pass in this legislature, and has counted on the opposition of the PSOE, Más Madrid and Podemos, who have announced that and do not rule out taking necessary legal actions “for being an outrage against democracy” , since not all the deputies have been able to vote.

Specifically, there has been a specific modification of Law 9/2001, of July 17, on the Land of the Community of Madrid, which “will allow the elimination of unnecessary bureaucratic procedures that hinder the work of the sector”. The Minister for the Environment, Planning of the Territory and Sustainability, Paloma Martín, has stated that thanks to this law control mechanisms will be updated and the use of the license mechanism will be reduced. In her opinion, it is a measure “that was necessary to promote”, since they planned to include it in the future Land Law but have decided “to anticipate the serious situation that the pandemic has generated.”

“The health crisis caused by Covid predicts a clear deterioration in macroeconomic, sectoral and employment indicators. The recession forces decisions on economic and social policy, and the way out of the crisis is to make regulations more flexible and activate of employment “, has defended. “The key to get out of the crisis, he said, is not through restrictions or subsidies, but freedom” because otherwise “poverty is created.” For this reason, it is committed to reducing administrative burdens and deregulating those areas that allow economic activity and liberal measures to be promoted.

The licenses for minor works that have to be resolved by the technical departments of the town halls are abolished, and that causes individuals “a loss of time when carrying out a work of lesser size.”

For example, a neighborhood community that wants to put an access ramp for people with disabilities inside the building can now do so through a responsible declaration, saving between 2 and 4 months of paperwork.

Licenses for new construction or comprehensive reform are also suppressed, as well as the subsequent first occupation license. Depending on the city council, the wait could range from 12 to 18 months.

In general, new plant construction works of little constructive nature and technical simplicity, such as the first occupation of new plant buildings or the enclosures of plots and lots, will be subject to the regime of responsible declaration in terms of urban planning. Likewise, they will be excluded from the need to have a prior license, nor to present a responsible declaration to all those works and urban actions of lesser entity, such as the change of electrical, gas or air conditioning installation, the replacement of bathroom and kitchen tiling and the change of doors and windows, among others.

The deputy of United We Can Javier Cañadas has indicated that this is a regulatory change directed only “at his four friends from the construction companies” and has indicated that the regional government is “a caricature of Trumpism.” “Today a barbarity is consummated in all senses, an environmental and above all democratic barbarity. They bring us here a reform of the bill and many lies”, has launched the parliamentarian, who has also spoiled that the “shock” has been taken advantage of. of society to bet on “failed neoliberal recipes”.

The deputy of Más Madrid Alejandro Sánchez has criticized that the regional executive has opted “for the brick in the worst of senses” when it is time for them “to work and speed up the projects that have been announced 200 million times.” “They try to sell an intrinsically good reform because it reduces the paperwork but it is a danger for consumers, who will not have the first occupation license reviewed by their municipalities before entering their home, as well as a danger for the historical heritage”, he has declared.

The PSOE parliamentarian Rafael Gómez Montoya, who recalled that they are studying the legal validity of approving this initiative by the single reading procedure, has transferred to the counselor that it is a way that, in the context of the health and social crisis, generates “more legal uncertainty” and has doubted that it is the most appropriate to “reactivate the economy” in the region.

With this proposal, the PP will have modified the same land law 16 times. The changes were promoted by the governments of Esperanza Aguirre and Ignacio González when the roll of the absolute majority allowed the conservatives to make and break, without the need for support, to smooth certain urban operations that ran into legality (Canalejas, Eurovegas …) .

Already in 2012, the Land Law approved that year by the Government of Aguirre (PP), eliminated the surface limit (300 square meters) that was stipulated by national legislation to allow the opening of businesses with only a responsible declaration of the businessman. Thanks to these regulations, a gigantic 130,000 square meter shopping center next to the Madrid Río park could be built without a building license.

“The regulations for commercial activity were made more flexible and it worked very well. The new reform that we hope will be operational before summer when the parliamentary process passes, what it does is extend it to all urban activity and individuals”, they point out from the Area of Environment of the Community of Madrid controlled by the PP. Now, according to the text of the new reform, the need to have a prior license or responsible declaration will be excluded for all those works and urban actions of lesser entity, such as the change of electrical installation, gas or air conditioning, the replacement of tiling of bathrooms and kitchen and the change of doors and windows, among others.

At the time of voting, the Socialist deputy has asked the president of the regional Chamber, Juan Trinidad, to read, on the one hand, a specific article of the Assembly Regulations and, on the other, 119.3 of the Statute of Autonomy, where it is specified that the vote of the deputy is “personal and cannot be delegated”. Subsequently, the deputy spokesperson for Podemos, Tito Morano, has asked the Presidency to specify if there was a quorum. This point has been ratified by the General Secretariat.

As there are capacity restrictions in the Autonomous Chamber due to the measures taken by the coronavirus, only 70 parliamentarians are allowed to enter, proportional to their representativeness. Thus, the vote has been 36 in favor and 19 against.