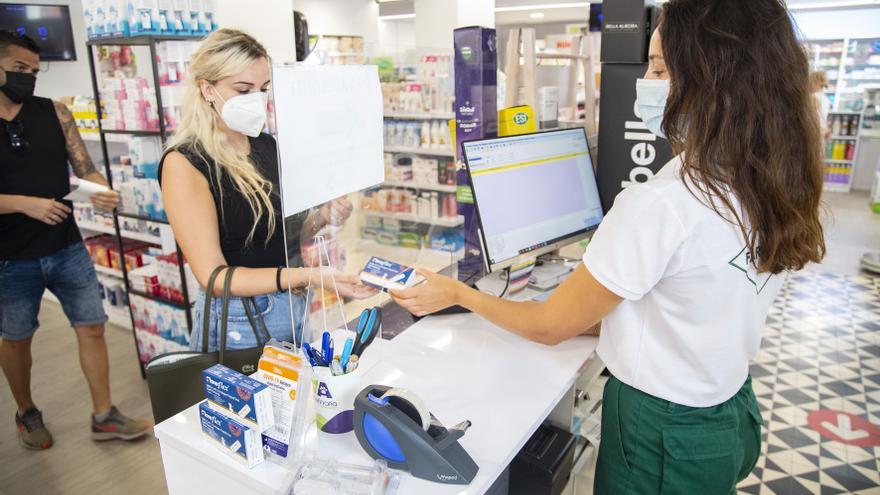 The sale of antigen self-diagnostic tests has undoubtedly been the star theme of the last few weeks. Now that the government wants to regulate its high price, importers (legal, qualify) of this type of rapid tests to detect covid, denounce that in the pharmaceutical channel unauthorized products are being introduced by Spanish Agency for Medicines and Health Products (AEMPS), which depends on the Ministry of Health. This has been verified by this newspaper in the case of the so-called 'VivaDiag' (SARS-CoV-2 Ag Rapid test), manufactured by the Chinese company VivaChek-, imported to Europe by a Dutch company and sold to pharmacies by a small Spanish distributor in full supply.

A test that does not appear in the list of the 44 that can be marketed -its sale is not authorized- in Spain but what, nevertheless, 'The Newspaper of Spain ' has purchased this Wednesday in a pharmacy in the heart of Madrid. The test costs 5.90 euros but, if a pack of five units is purchased, the price is cheaper: it comes out at 5.78. Until a few days ago, its cost was a little taller But, as the stock of this type of product has been reestablishing in our country, it has been decreasing. In fact, it is one of the prominent items within the pharmacy that has establishments from the same chain in other parts of Madrid.

A test importer alerted the AEMPS on December 28 that unauthorized products were being sold, but they did not reply

The alert that the pharmaceutical channel - which, as has been said, just a few weeks ago was experiencing a brutal shortage of this type of tests due to the unstoppable advance of the omicron variant - was entering products not authorized by the AEMPS, was launched in the past December 28th Protect Line, brand for the marketing of sanitary products of the DBTrading business group, one of the main importers in Spain of the best-selling rapid antigen test worldwide, that of the Chinese company Xiamen Boson Biotech.

Outside the pharmaceutical channel

On that date, with thousands of people acquiring the products in pharmacies - in Spain they can only be sold in drugstores - the company communicated to the AEMPS all the irregularities that they detected regarding the sale of sanitary products. For example, they targeted the aforementioned VivaDiag test. A product that, they warned, is not authorized by the body for marketing.

The response from the health agency was that to proceed with the evaluation of the case correctly they needed to send them more information and, among others, the following documentation: commercial name of the antigen test; labeling (where the manufacturer, authorized representative, CE marking, etc. could be seen); distributor who had supplied the test to the pharmacy office ... Since then, the importer assures, they have not heard from the AEMPS again.

For a self-diagnostic antigen test to be marketed in Spain, it must have the instructions in our language

This newspaper has verified the information with the Spanish Medicines Agency. They confirm that, indeed, the Chinese test does not appear in the list of the 44 that can currently be marketed in Spain. Although the test is CE certified, which implies that it can be sold throughout the entire European Union. But to be marketed in Spain, they specify, the distributor must communicate it and must have instructions for use in Spanish. In this case, you can check on the box that these instructions for use are in English and that the importer's address is in the Netherlands. It should not be for sale, they admit from this body.

But then, how did you get to the pharmacy? What type of control exists to prevent this type of tests not authorized by Health for sale ending up in pharmacies? The AEMPS indicates that, if they are aware of an irregularity, the usual procedure is to initiate an investigation to take market control measures. "It is the activity that we carry out in these cases", they specify.

From the pharmacy where the owner sells the test, Marta Nestares, explains that he acquired the tests - he bought 3,000 on Christmas Eve from a small distributor who had already purchased masks at the time and barely had two hundred left - without checking if they were authorized for marketing by the AEMPS. It goes back to those days before Christmas with very high incidence data and the population desperately looking for self-diagnostic antigen tests for events and meetings.

The pharmacist indicates that it acquired the tests "throughout the boom, with its bill and everything" but he was unaware that they were not authorized by the AEMPS. "They made me an invoice, with their certificate and you don't know anything either," he argues. Yes, he says, he knows that they are in English -something that is not allowed- and he details that they have been giving the sheets with the instructions in Spanish but now they have run out.

Moreover, it states that, at the time, they received some tests with instructions in German and they gave a sheet with the translation in English. "I called the College of Pharmacists (in Madrid) and they told me that (given the shortage) as an eventual measure we were authorized to sell tests in other languages ​​but always giving a sheet in Spanish. And I was so calm. And so far no one had complained, "he adds.

"I had no idea about this. It was time for trouble. It was chaos. Tremendous. Everyone came, asked and there was no test, "insists the apothecary with concern. So much so that, she says, she is willing to take the product off its shelves" right now. "She acquired them -like other brands- to a small dealer With whom he had already worked on other occasions, buying him masks. Neither the big distributors nor the laboratories, he indicates, had anything in those days.

The Madrid pharmacist does admit that this pack of antigen tests that it acquired are for professional use. This is, in fact, on the page of the china manufacturer that markets them. But, qualifies the professional, in his instructions in English it appears that they can be done at home and that's why she stayed calm.

"Perhaps it was misinformation and chaos. I saw it all very legal. With his invoice, his certificate," says a pharmacist

And he insists: there was such chaos in those days with hundreds of clients demanding the tests, that the Spanish Agency did not verify that they appeared on the list of authorized for commercialization. "Maybe it was misinformation and chaos. I saw it all very legal. With your invoice, your certificate. Yes, I was worried about the instructions but since, when they came in German, there was that exception, honestly, I didn't think about it any more. My mistake for not informing me more", It is justified.

From the General advice of Pharmaceutical Colleges, assure that the control of the pharmacies depends on the Departments of Health of the autonomous communities that have a body of civil servants -Pharmacy inspectors- who go to drugstores or clinics to check that everything is in order both with regard to medicines and other health products.

In the case of these diagnostic tests, as this newspaper has been able to verify, in Ecuador, the National Agency for Regulation, Control and Sanitary Surveillance (Arcsa) released, in January 2021, an informative note issued by the Institute of Public Health of Chile where it reported that it had learned of an alert published by the National Agency for Drug Safety and French Health Products, regarding the cessation of importation and commercialization of the 'VivaDiag' tests by give false positives.

Just a few days ago, the Spanish Medicines Agency issued another surveillance alert to require the cessation of marketing and recall of a self-diagnostic test for the detection of SARS-CoV-2 antigens, from Genrui Biotech Inc (China), also due to "a possible increase in false positive results".