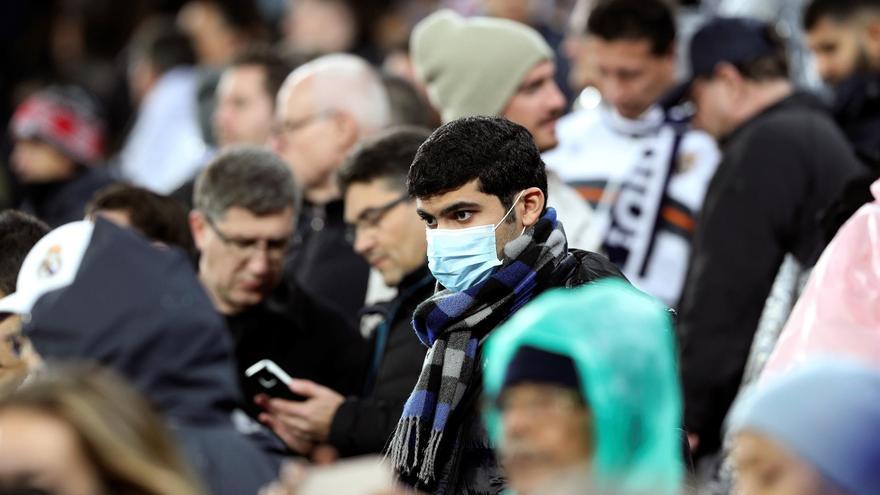 At this point, no one dares to say that there will never be a wave like the sixth. Not that this was the last. We do not yet know if COVID-19 will end up being a winter (seasonal) disease or if the peaks and valleys will occur throughout the year; Nor with what intensity. But in the short term, at least, the coincidence of three elements suggests that a "long period of tranquility" is beginning. That, after the storm, calm comes.

It is the forecast with which the World Health Organization works in the European region, which conceives the coming months as "a unique opportunity" to control the virus due to the high immunity of the population after an explosive wave of infections and access to the third doses; due to the rise in temperatures once winter is over, which will favor outdoor activities; and by the lower virulence associated with the omicron variant, the dominant one in Europe.

One in three infections registered on the continent since March 2020 have occurred so far this year and in Spain half of the more than 10 million cases correspond to the sixth wave. Health does not provide data on what percentage of the population has been infected, but some of the latest CIS give an idea of ​​the magnitude. 12% of those surveyed contacted the medical services for symptoms of COVID-19 in December and only 6% in the first week of January. There is also no scheduled date for a fifth wave of the ENE COVID study, which has measured the serological status of the Spanish population since April 2020. The WHO expects that the virus will have infected 50% of the European population between January and March.

"Europe has placed itself in a very advantageous position due to the coincidence of two things. One of them, omicron, was not planned and is coupled with high vaccination coverage. That protects the vulnerable and gives room to design a response that may be different. and proportional to the burdens provided by the virus," explains Ildefonso Hernández, who was Director General of Public Health between 2009 and 2011 and is now a spokesman for the Spanish Society of Public Health (SESPAS). vaccination rates they exceed 70% in most countries, although Eastern Europe has very low figures, such as 33% in Bulgaria or 41% in Romania. Spain stands at 81% and almost half of the population has a booster dose.

Among epidemiologists there is diversity of opinion. While some are more optimistic, others still hold back when it comes to talking about a change of stage. "The feeling is one of evolution, a point of small optimism after a strong blow, but many people are still hospitalized. I agree that we must take advantage of moments of calm, although we are not there yet," says the professor at the University of Alcalá de Henares Pedro Gullón, for whom the sixth wave has set a precedent "both discouraging and hopeful" on how to face an explosion of infections without practically adopting restrictions and with few control actions.

The symptoms of a shift in strategies are already perceptible in Europe, where countries have begun a phase of relaxation of restrictions despite the high incidences. “I think it is possible to respond to the new variants that will inevitably emerge without going back to the disruptive measures that we needed before,” Dr. Hans Henri P. Kluge, director of the WHO in the European region, predicted on Friday.

Spain, for its part, has been preparing for a month for that long-awaited window. The Report on Alerts and Preparedness and Response Plans, made up of technicians and experts from the autonomous communities, is immersed in the design of a new disease surveillance system that allows it to be monitored without putting the entire system at its service, as has been This has happened since March 2020. There are still no deadlines to present the document, but it will be "soon", according to sources close to the technical body. The Ministry of Health has always assumed that it would be necessary to wait until the sixth wave was under control to take any steps, and that moment is getting closer.

In the last two weeks, the accumulated incidence has been reduced by half, from the 3,381 infections per 100,000 inhabitants registered on Monday, January 24, to the 1,566 notified this Thursday. Hospital admissions, although considerable, have also fallen by 15% in seven days. Although it remains to be seen what the bill in deaths from the explosion of infections will be, the only upward indicator. January has left a balance of at least 4,000 deaths. Such a high number of deaths had not been recorded for months, but they are far from the 11,000 deaths a year ago, when Spain began to be vaccinated and infections were much less, despite the virulence of the third wave.

The WHO likens the scenario planned for the coming months with a "ceasefire" that could "bring us a lasting peace", but on the condition that the states do some homework, such as preserving immunity "through vaccination and doses of reinforcement", putting the vulnerable at the center, intensifying the work of surveillance of new variants and promoting self-care.

Epidemiologists buy the calm period predicted by the WHO, although some doubt that a transmission as residual as the one that occurred at the exit of the fifth wave in Spain can be achieved with the great contagion capacity of omicron. "With the few measures and the transmissibility of the variant, I don't know if there will be such a reduced circulation of the virus. But even so, it is possible that very established measures, and that contribute to the control of transmission, such as quarantines, get up. Ideally, it would happen, but I'm not sure if it will be now or in a while," says Gullón.

Several autonomous communities, including Madrid, Castilla-La Mancha, Galicia and the Valencian Community, They push to reduce isolation of the positives at least five days out of the current seven, although the scientific evidence is still somewhat limited. It is one of the hottest issues. The Spanish Society of Infectious Diseases and Microbiology (SEIMC) considers that the time has come for all "mild respiratory conditions" are handled the same, "regardless of the causal agent", and focus efforts "on protecting vulnerable patients from severe disease." Hernández, SESPAS spokesperson, is in favor of revising the actions "that produce more burdens than benefits" and gives as an example "the diagnostic burden in health services" that "prevents them from attending to something else". Since the Christmas period, spurred by the explosion of cases, Spain only does PCR by protocol to vulnerable people.

The decisions that lie ahead are not easy. "How many cases can we let go? What consequences can it have? We are going to move in that tension," Gullón anticipates. "The benefit and harm of each decision must be reviewed in great detail, knowing that the priority is the vulnerable," warns Hernández, whose scientific society, SESPAS, has issued a statement which defends that "talking now that we are facing an endemic and seasonal disease like the flu can help the population to minimize or trivialize preventive measures".

Among the pending tasks, in addition to the change that is being planned in the surveillance system, is the "reorganization of medical care" in hospitals and health centers. Go back to being in crowded waiting rooms in clinics, with vulnerable people and young people mixed in? "I highly doubt it," Hernandez replies.

It also remains to specify the reform and reinforcement of public health services, with the State Center for Public Health as the most symbolic element of this change. The General State Budget project contemplates 9.4 million for its implementation and the Government expects it to be operational in the first half of this year, although the approval of the draft law has not yet been taken to the Council of Ministers. "It is not about saying what will come, but trying to respond to any eventuality with the minimum cost. We have seen one of the worst health crises and it has shown us that the systems have to be prepared. These are tasks that with the exhaustion of people have not been able to do so far", concludes the SESPAS spokesperson.