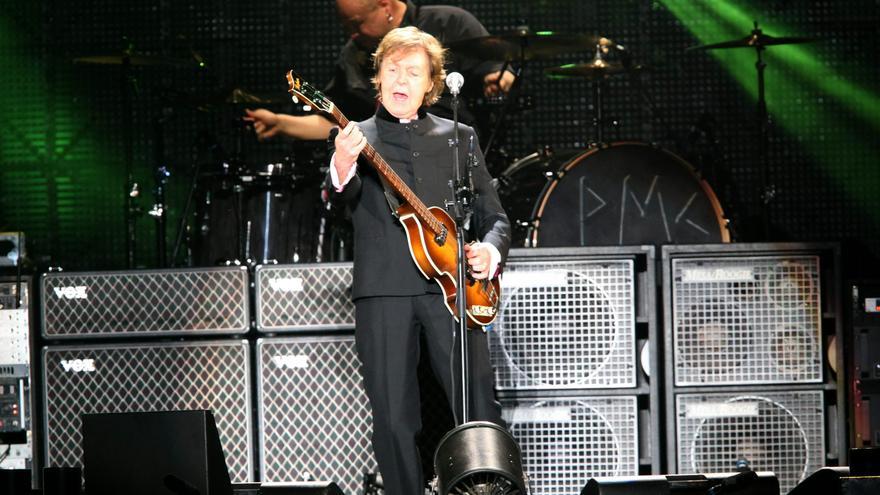 Asunción, Apr 16 (EFE) .- “Imagine” is of all the songs composed by John Lennon that Paul McCartney would have liked to sign as his own, as revealed by the Beatles bassist in a radio interview offered on the occasion of his concert in Asunción, which is nine years old this Saturday.

The anniversary has served for the local announcer Leo Rubin, who was also one of the producers of the historic concert -the only one offered by a beatle in Paraguay-, to rescue the confession that McCartney made on Radio Ñanduti when answering a question from one of journalists who were invited to the program.

“When Héctor Riveros asked him what John Lennon music he would have liked to compose and he said ‘Imagine’, which is obviously Lennon’s reference music, I thought it was great, I was very impressed that he chose ‘Imagine’,” Rubin told Efe.

Rubin, who has been directing the Made In Paraguay program for more than two decades, was intrigued if the musician’s response, his choice for that iconic Lennon song, was something already known to Beatles fans and scholars.

“I asked the journalists if Paul had told any other media or any other journalist before and we did not find any reference to it. For us it was a beautiful, forceful answer. I always said that if this was done in Argentina or in another place with more media amplification would have been a world first, “Rubin said.

“Imagine” gave the title to John Lennon’s second solo album, released in October 1971, a year and a half after the Beatles’ breakup was announced. Although the track was not originally released as a single in the UK, it became the most successful track of Lennon’s solo career.

Tags: compound, I would want, imagine, lennon, McCartney, song, to have