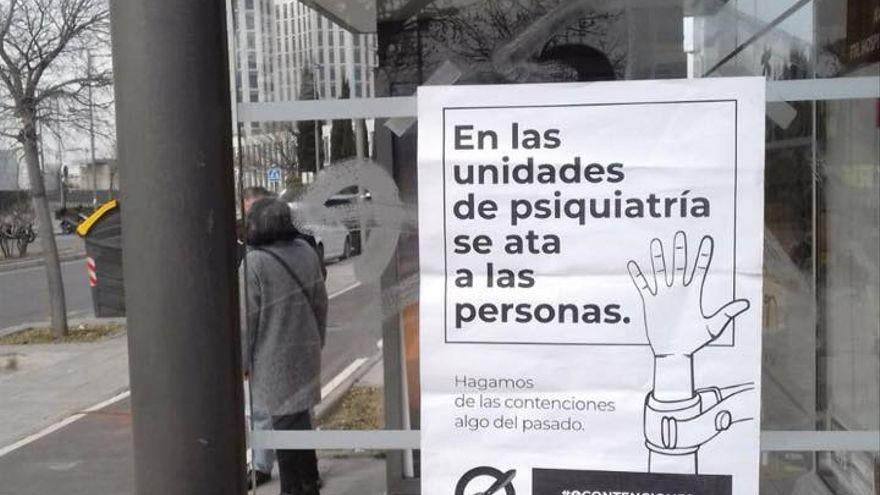 Andreas died because the psychiatric system seems to sometimes turn its back on psychiatrized people. He died in April 2017, after 75 hours tied to a bed at the Central University Hospital of Asturias (HUCA). Had a diagnosis of acute tonsillitis, but she was admitted to psychiatry because, according to her environment, her mother had a diagnosis of schizophrenia. She tried to get out of that unit, but then the entry became involuntary and she was tied up. In Psychiatry they call that mechanical restraint and that’s how she was tied up for almost three days. He died of “meningitis and myocarditis that were not detected in time because his symptoms were attributed to a mental health problem,” according to the Manifesto in rejection of the death of Andreas due to mechanical containment. Since then, his family, especially his sister Aitana, have not stopped fighting to get justice to recognize medical malpractice.

The case has just been provisionally filed by a judge from Oviedo, who has not observed bad praxis by none of the seven doctors who were accused. The hospital defended itself with reports made by the medical and forensic team. The defense presented another report of 50 health professionals. After Andreas’ death, the Bilbao hospital in Basurto made an external expert opinion. This is the report that the judge has taken into account to file the case, although the organizations of psychiatrized people who are reporting the case, denounce that it is a report full of parsimony, with certain gaps; a report that does not respond to the contradictions pointed out by the 50 professionals on which the defense of Andreas’s family relied. There are many unanswered questions:Why were tests not done to rule out organic origin? of the symptoms he presented? Why did the acceptance of involuntary admission come after I died? Why didn’t anyone listen to his words?

The groups of psychiatrized people, who have championed Andreas’ family’s struggle as their own, understand that behind this case there is an evident gender bias. Andreas’ words were not heard because our voices are rarely heard. Even less, of course, if those voices are from psychiatrized women. Marta Plaza, one of the most recognized activists in this field, wrote in the book Feminisms. Views from diversity that we have edited from Pikara Magazine: “With the diagnosis, especially if your label is considered a ‘severe chronic or long-lasting mental disorder’, also come a series of decisions about you, your body, your life, in which you are often not heard. “No. The voices of the crazy women are not heard. The Andreas thing was an error in the diagnosis, okay, but what difference does it make? His case has helped us to make visible, a Once again, the violence that is exercised against psychiatrized people in many hospitals. Your case may appeal more to all those who are not diagnosed: “Damn, what a chore, they were wrong,” but I insist. That is the least of it.

It is urgent that we look at Psychiatry as one of those systems of power and domination that generate and provoke violence in many people, although on other occasions, and I say this from experience, they can also momentarily calm some suffering. Yesterday a psychiatrist told me, for a story that does not come to mind, that madness usually protects from some pain. Nobody could protect Andreas, and on top of that, still today, it is not even recognized that his death could have been prevented. Let us mourn the pain of his family, yes, but please don’t let the error move us. May the violence that psychiatrized people experience move us, may their voices move us. Princess Inca writes and it moves me: “Channels of crying so much and going through the night in the form of a howl form under my eyes, I am extreme like the precipice and I cry out in the middle of the night. When will the figure of repeated eyes come? and vibrant? When will melancholy stop piercing me like a thunderbolt in my chest? When will I stop wondering things and not understand anything? ”

When will we stop, I wonder, from ignoring those pains that do so much damage.