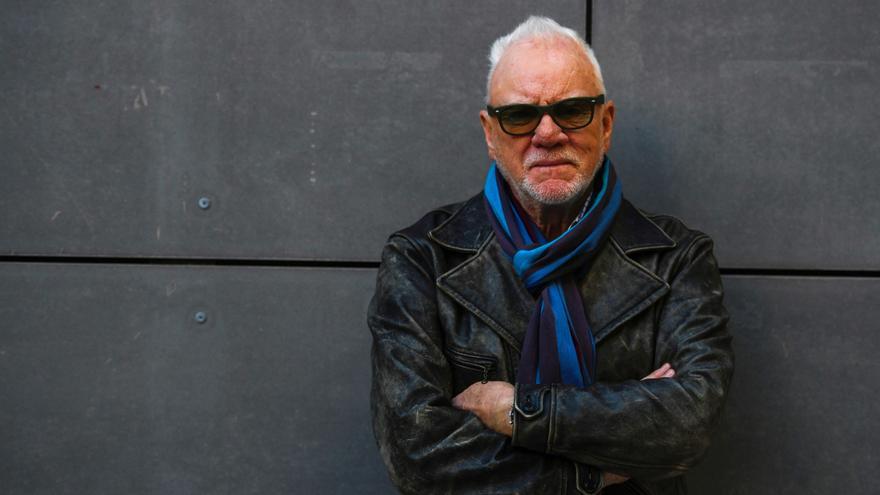 The actor Malcolm McDowell has marked 50 of his 78 years for having starred in ‘A clockwork orange‘, Stanley Kubrick’s mythical film, a role that gave him fame and towards which he has ambivalent feelings: on the one hand it makes him feel “extremely proud” and on the other he confesses in an interview being “fed up” and not wanting to see her again.

However, the British interpreter has been attracted to the historical and contextual vision offered by the documentary ‘The forbidden orange’, by Pedro González Bermúdez, in which his voice-over recounts how the film’s premiere was in Spain: surrounded by controversy and difficulties, at the Seminci in Valladolid 46 years ago, four years later than in other countries of the world (1971) and on the eve of Franco’s death. The actor is in Spain promoting this film.

You were Stanley Kubrick’s first and only choice for “A Clockwork Orange”, do you know why?

He saw me in the movie ‘If …’ (1968) and he really liked what he saw, I don’t know if it was my punk attitude. When I asked him why he chose me, he thought about it and said: “because you can offer intelligence on the screen.” And I replied “don’t many actors do that?” and he said “no”.

According to his account, he did not give him particular instructions to prepare the character beyond the fact that the public should be able to empathize with a rapist and murderer. How did you do it?

I really do not know. A great director friend, Lindsay Anderson, told me there was a scene in “If ….” when I open the door and I know some men are going to beat me up, where I look at them and smile. And he said, “this is how you act.” It was a brilliant direction, because it’s just one way of looking. Then I forgot for years and then I realized that he was the one who had given me that correct direction from day one.

Did the character of Alex DeLarge mark you personally?

No. As an actor you use as much of yourself as you can, because the film penetrates your soul through your eyes, so you always have to be telling the truth. If you can use a truth of your own that you have and adapt it, it is a kind of shortcut. But you don’t have to repeat that, you have to be careful.

What does current Malcolm McDowell think of “A Clockwork Orange” has changed the perception over the years?

When I did it I was young and of course I felt indestructible, without fear. You just do things, you don’t think about it. And then people say “my god, this is brilliant”, but there is no other option, it is not that you have done something incredible, it is that you are young and confident. I think that now the audience responds more to the political content of the film, the Government as a big brother, controlling its citizens, with those terrible therapies. They have experienced it in some American prisons in the 50s, although I think it was not very successful, otherwise they would continue to use it.

Do you think the movie has aged well?

To be honest, I haven’t seen her for a long time and I’m not going to see her. But I have a feeling that it has aged extremely well, because it was quite futuristic.

Why don’t you want to see her again?

Because I’m sick of her. I have been with her for 50 years, I have paid my tribute to her, I have given thanks, enough is enough. We have to keep going. On the one hand I am extremely proud. I know when it comes time to do my obituary it will all have to do with that damn movie. But it was exciting to do it, to work with Kubrick, for a young actor to have access to that “wonder boy” that he was. He was a child prodigy, a great chess master. I never wanted to play chess with him, although I did play pingpong: he crushed him, and I loved it.

What is your favorite Kubrick movie?

Of course if you ask me what my favorite Kubrick movie is, I’d be an idiot to say ‘2001. A space odyssey ‘. But I love ‘2001’. I love ‘Red phone, we flew to Moscow’. And over the years I really appreciated ‘Lolita’. I can admire parts of ‘The Shining’ and the first half of ‘The Metal Jacket’, which is brilliant, a genuine display of Kubrick’s genius, although the second is a conventional war movie.