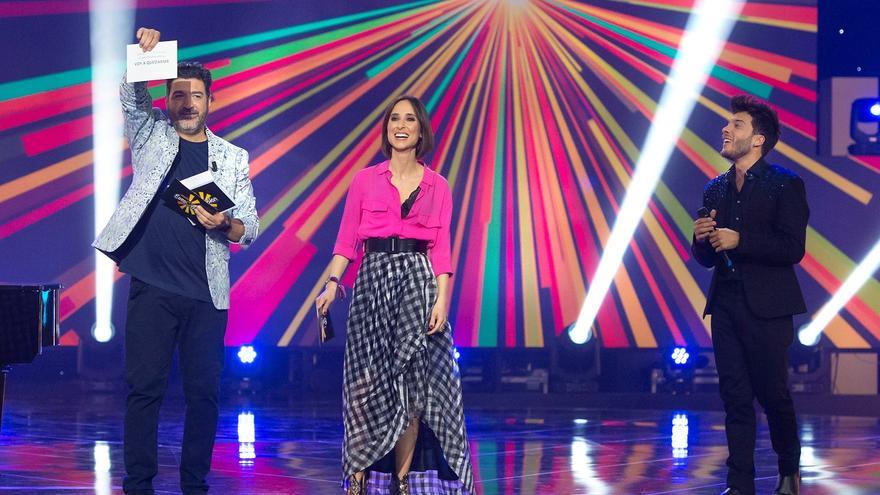 Madrid, 20 Feb. (EFE) .- The ballad “I’m going to stay” will be the song that Blas Cantó will interpret on May 22 in the final of Eurovision 2021 on behalf of Spain, as the RTVE audience has decided tonight with 58 percent of the votes in a live broadcast is not without some controversy.

The verdict of the “eurofans”, without the diagnosis this time by a professional jury as a complement, has been revealed in the program “Destino Eurovisión” of La 1, in which the Murcian artist has interpreted both this theme and “Memory”, the other candidate court, in addition to singing in a duet with guests such as Vanesa Martín, Andrés Suárez, Pastora Soler, Edurne or Cepeda.

With the beginning in twilight and “a cappella”, as he announced in an interview with Efe, Cantó has interpreted “I’m going to stay” backed by the dramatic scenery designed by the Dutch Marvin Dietmann, the same one who was in charge of the winning performance Conchita Wurst at Eurovision 2014 and who will plan the Spanish proposal for the grand final.

“It has all the records that exist in me,” said its interpreter, who has also been responsible for its composition with Leroy Sanchez, Daniel Ortega “Dangelo” and Dan Hammond, of the already official theme of Spain.

About its creation, he told Efe that he did it in May, during confinement at his mother’s house in Murcia, at a particularly painful time, after also experiencing an episode of anxiety that encouraged him to stay in bed all day.

“I was losing my father. I had so many things to say … That song made me cry a lot,” said Cantó, who made three versions of the lyrics to “get everything I suffered from within.”

In November he had to record it in Madrid, just when it was his grandmother who was dying from covid-19. “I couldn’t sing it without getting emotional, but now I feel strong, because it’s a ‘I’m going to stay here’ and not so much a request that you stay, even if you’re here, it doesn’t matter if it’s not physically. That’s why for me it’s not a sad song, but optimistic, “he explained.

Voting was opened after the two songs were presented to the public on February 10, and then the festival’s fans seemed to favor “I’m going to stay.”

This first round has closed today just before the start of “Destination Eurovision”, when a blind score showed a very unequal distribution of points, 72 and 28 percent.

After the interpretation of the two songs a few minutes after the start of the gala, the voting has reopened until almost the end of the broadcast, giving a moment in which both songs have begun to equalize.

In this regard, some followers have denounced with images through Twitter that, with the program already started, the pay phones receiving the votes of the candidate songs had been exchanged on the screen.

It was not the only means of voting in the system designed by RTVE for this pre-selection, which for the general calculation has incorporated with equal value the supports issued from other platforms, some free such as the website or the app of the public entity.

The one in 2021 will be the second time that Cantó appears as a candidate in the grand finale of the European song festival, after the cancellation of its celebration in 2020 due to the coronavirus pandemic, the first in its 65-year history.