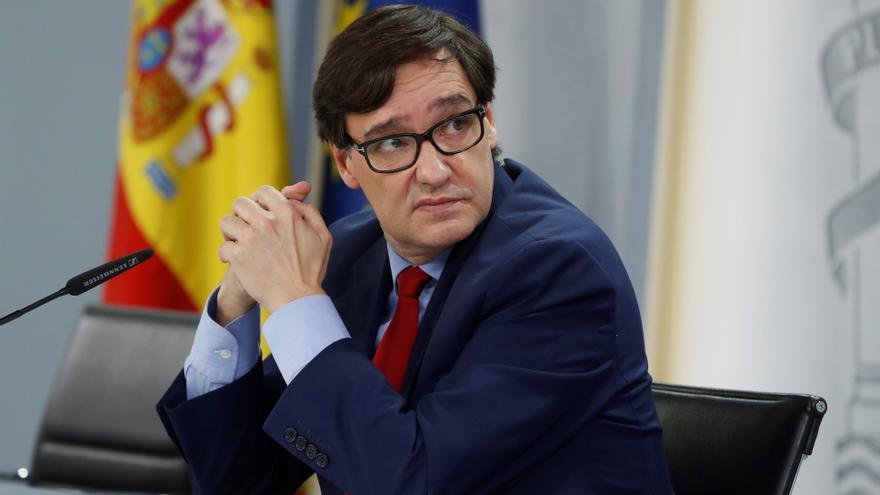 Salvador Illa has appeared at a press conference this Friday early to give more details on the COVID-19 vaccination plan after the plan was presented on Tuesday. That day, when he took it to the Council of Ministers, he only specified the three groups that will go in the first batch, from January to March, when the “initial supply” is scheduled. of doses: toilets – of residences and the rest -, users of residences, and large dependents. Today the Minister of Health has specified which are the other 12, up to 15 in total – some with subgroups -: the general population over 60 years of age; people with risk conditions, differentiating between low and high; those who work in closed environments; the vulnerable due to their socioeconomic situation; essential workers; teacher; children population; adolescent and young, from 16 years old; adult; those that are in areas of high incidence or with specific outbreaks; pregnant and lactating mothers; and people with natural immunization for being seropositive for SARS-CoV-2.

The order mentioned is not by which they will be vaccinated but rather it will be something “flexible” from the second stage, starting in March, in which the doses can be increased, and then from the summer on a massive scale. The technicians will assess “the characteristics of the vaccines” during these months to establish it, for now only those of that first stage are “clear”. The idea is that there will be three stages: a second from March to June in which there will be a “progressive increase” in dose, in which more population groups will enter; and a third from June, in which they expect that between the general population and groups that have not been previously included.

The 15 groups have been “valued” by technicians, community representatives, and experts from the field of vaccinology, ethics, sociology or mathematics, although the names of the committee have not been published. And they have been decided according to four “ethical” risk criteria: according to the exposure that these groups have to the virus, comorbidity, socioeconomic impact, and the danger of transmission.

Tags: are, concrete, explain, fifteen, flexible, get vaccinated, groups, illa, it will be, order, priority