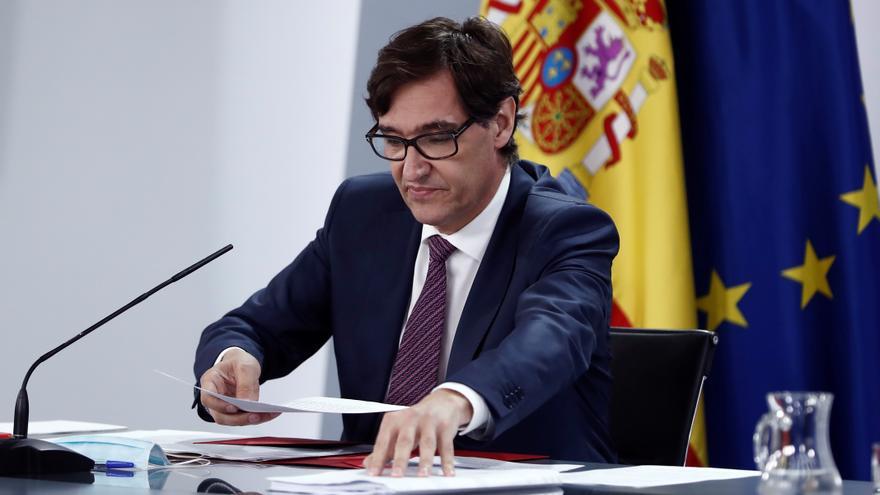 The Minister of Health, Salvador Illa, is still confident that the coronavirus vaccine can arrive in December despite the setback of the AstraZeneca trials and has denied this Friday that there is a collapse in the performance of PCR tests in Spain.

In an interview on TVE, Illa referred to the statements in which the president of the United States, Donald Trump, indicated that Spain “is having a bad time” due to COVID-19 and that his country has done “much better than to the European Union “. “No one is in a position to give lessons on this matter and with all due respect for the American nation. (…) I am just going to give a figure, the fatality in Spain since the end of the state of alarm is one of the lowest in Europe “, has asserted.

The head of Health has stated that if the validation processes of the Astrazeneca vaccine are correct, as of December Spain would be in a position to acquire doses.

In addition, he indicated that the European Union has agreed to have a catalog of seven different vaccines because “no one can guarantee that one in particular will work.”

The important thing, he repeated, is that these vaccines are safe and effective.

“Let’s see how things evolve. At the end of this year or at the beginning of next year, if things go well we can have it in Europe,” he said.

Illa has also denied that there is a collapse in the performance of PCR diagnostic tests, although he has acknowledged that primary care is making an “important effort” and that there has been a “very important increase” that reaches almost 100,000 some days , compared to 40,000 a month ago.

Regarding the epidemiological situation in the Community of Madrid, Illa has insisted that the measures adopted by the government of Isabel Díaz Ayuso are sufficient and correct.

Asked about the possibility of a partial confinement of certain Madrid areas, he said that it will have to be seen and that in any case it is up to the autonomous communities to adopt this decision: “If it is necessary to go further in a specific area, it will have to be done “, he stressed.

Finally, in relation to the call for a strike by health workers in Madrid, Illa is aware of the effort being made by primary care and has defended that politicians have these professionals “very present”: “I understand that they put on top of the table their working conditions. ”

XXI Congress of Journalism of Huesca

An earthquake of 4.4 degrees wakes up Navarra at midnight