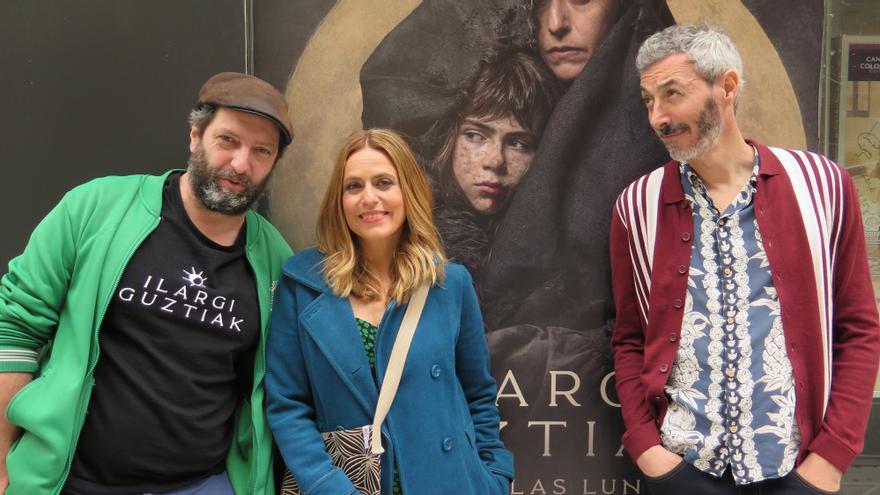 Madrid, May 14 (EFE) .- Through the magic of a story “that is not for children.” This is how Igor Legarreta sets out the story of his latest film, “Ilargi Guztiak” (“All the moons”), a film with fantastic overtones and told as a rural fable that hits theaters this Friday.

This new work by the director of “When you stop loving me” arises from the “desire I had to collaborate with Jon Sagala”, friend and colleague with whom, despite having known each other for a long time, the opportunity to work had not arisen. “The two of us complement each other very well. We both wanted to do something fantastic and locate it in the Basque countryside,” he told EFE in an interview.

After months of searching for the subject, they found something that united them and that “it was vampirism.” Legarreta confesses lover of the genre, and they explored the “idea of ​​the immortality of the vampire, the conflict that can be presented to a vampire with the fact that he can constantly avoid death and what this can mean”.

Also, the point of necessary reflection in which “he might want to reverse that process or feel more condemned than relieved by that eternal life” appealed to him, so they got to work with the project.

The plot is set in 1876 and tells of the bombing of an orphanage during the third Carlist War. Amaia (Haizea Carneros) is badly injured and is rescued by a mysterious woman (Itziar Ituño) who manages to heal her. And then she meets Cándido (Josean Bengoetxea), who takes her in and tries to take care of her as if she were his own daughter.

Rams, 13, has taken on her first acting job and in the words of her director and co-stars is “a piece of an on-screen actress and an incredible human being.”

“She has made us fall in love and has transmitted a positive energy to us. Working with her has liberated me. She has given me 80 percent of the film, I still get excited thinking about everything she has given me. A very, very bond was established. strong, between us, “says Bengoetxea.

Despite what one might think, the film “is not horror”, Ituño prefers to define it as a “melodrama with great importance towards relationships, loneliness, death and love” seasoned with “that fantastic, mythological part of beings that live eternally, religion “. “It is a very poetic and philosophical film, like all stories, it has its moral part,” he explains.

The actress of “La casa de papel” confesses that the most difficult thing for her when playing that strange woman was the Basque accent: “The Basque spoken is from a very specific area of ​​Navarra and I am from Biscay, my accent is totally different, so it was a huge challenge to learn to speak it. ”

Despite this, she admits to being very happy with the final result. “When I saw the movie, I didn’t even recognize myself,” he laughs. “That wasn’t me, it was the character, and that means I did a good job.”

This feature film began filming on February 17, 2020 in Mutriku (Guipúzcoa) and like all cinematographic productions it has been conditioned by the pandemic. Covid-19 conditioned both the filming – the confinement came a few weeks after it started – and the release date.

However, the director points out that “apart from the human drama”, this break allowed them “to mature the idea, and think about how the film could be improved upon returning to filming.”