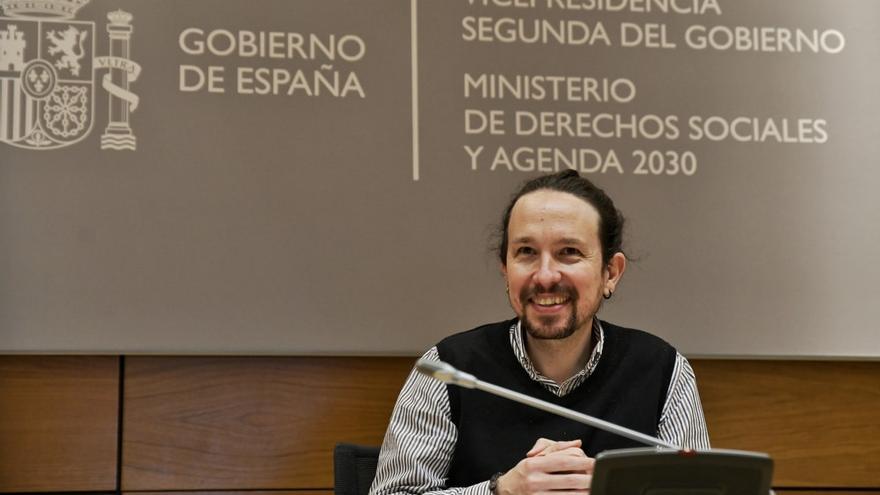 The former vice president of the Government and candidate of United We Can to the Community of Madrid, Pablo Iglesias, has taken for granted that, if there is a majority of the left on May 4, there will be a coalition government, despite the reluctance made explicit by Ángel Gabilondo , which has shown its preference to agree with Más Madrid and Ciudadanos. “There is going to be a coalition government,” Iglesias said in an interview on Cadena SER in which he called for the mobilization of the “silent majority” in the region to end “26 years of indecency” in reference to the governments of the PP.

Iglesias has not wanted to criticize the PSOE and has ensured that there will not be any on his part towards the other progressive candidates because in confrontation it generates “boredom and anger” in the voters at a time when he has been convinced that there is an opportunity to kick Isabel Díaz Ayuso out of Puerta del Sol, but that depends on the left not demobilizing. “They will not hear a single bad word,” said the secretary general of Podemos, who has shown “respect” for Gabilondo. “He has to play his role,” he said. “We have to come to an agreement.” The PSOE is trying to mark distances with Iglesias in its strategy to seize a part of the electorate that loses Ciudadanos, whom it in turn courts for a hypothetical pact if it gets to enter the Madrid Assembly.

The United We Can candidate has reproached the Community of Madrid for becoming a “disobedient” and “hooligan” region. “When we see all the data we see that the management has been the most inefficient,” said Iglesias, who has expressly referred to aid to sectors such as the hospitality industry. “I find it ironic that [Ayuso] say you are with the hospitality industry. It has given zero euros, “he defended before recalling that, in contrast, the Executive launched a package of 7,000 million.

A day after leaving the coalition government, Iglesias has assured that United We can win in “coral” by now having “a collective leadership”: he as Secretary General of Podemos, Yolanda Díaz as vice president and leader of United We Can in the bosom of the coalition, as well as the ministers Irene Montero and Ione Belarra. “It will make us more competitive,” said Iglesias, who has also ensured that Díaz, as a future candidate, will be able to take the confederal group “further” than he did. ”

Regarding his new role, Iglesias explained that he will maintain dialogue with Pedro Sánchez as leader of Podemos and that in this time they have “woven a special trust, a relationship of appreciation, which can serve to resolve some difficult political issues.” However, he has assured that the members of United We can that are part of the Government will fight so that “not a comma” of the programmatic agreement is violated.

“Yolanda, Ione and Irene have kinder ways than mine, but maybe some of them miss me in the negotiations,” he has ironized about the socialist ministers who believe that the relationship with United We Can will be appeased with Díaz as a reference of United We Can.

Iglesias, who has left the Government without having achieved his objective of carrying out the housing law, has been convinced that sooner or later there will be one and in the terms that United We can defend – with a mechanism that allows setting a maximum price to rents in stressed areas – against José Luis Ábalos’ proposal to lower prices thanks to a system of tax credits for owners. The alternative, he argued, is for the PSOE to take out that law with the PP: “They can’t afford it.”

“No one will be able to say that I was very comfortable in the chair and in office,” he said about his short time in the Executive. He has also called on the authorities to “investigate, investigate and investigate” everything related to the Neurona case, sure that there will be many headlines in this regard but that it will end up archived, as he recalled that happened with other causes about alleged irregularities in the accounts of Podemos. “With the enemies we have, we cannot afford to make even half a bad account,” he concluded.

Tags: churches, coalition, community, Gabilondo, He says, I weighed, Madrid, reluctance, there will be