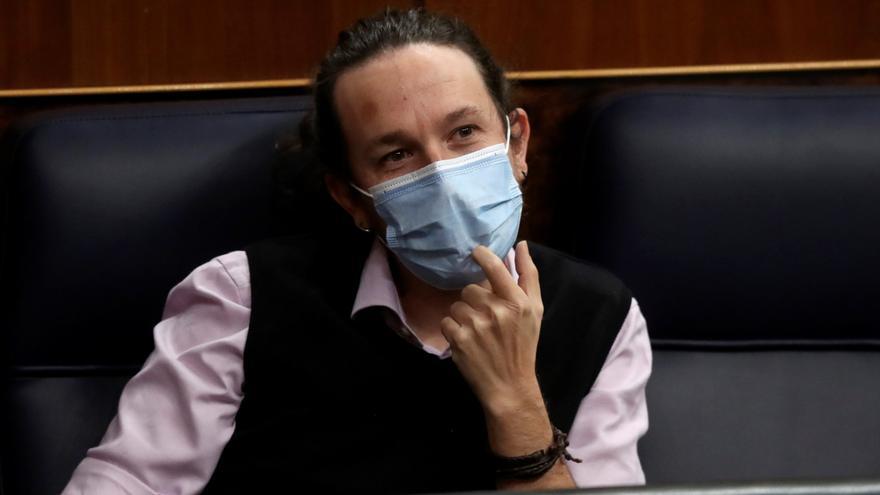 The second vice president of the Executive and leader of Podemos, Pablo Iglesias, has assured that in Unidos Podemos they will be “very stubborn” so that the agreements of the Government program are fulfilled, such as the suspension of power supply cuts, the improvement of salaries, the revaluation of pensions or the repeal of the labor reform of the PP.

During his telematic intervention in the State Citizen Council of Podemos, Iglesias has claimed the “conflict” as a way to advance in social rights, stating that “discrepancies and tensions” are part of normality within a coalition government, but also demonstrate “positive” when it comes to meeting the program.

According to Iglesias’ analysis, on many occasions PSOE and United We can defend “very different interests”, but this new culture of the coalition achieves that, after these discrepancies, compromises are achieved for the social majority, since it is known by all that the Single-party governments are “very far” away from the program. However, now the presence of United We Can in the Council of Ministers is a “guarantee” that it will be fulfilled.

On the other hand, he has warned that “enormous resistance” will be encountered by the “usual powers” so that no progress is made in this government program, but he has also encouraged unions and social groups to put pressure on them. that the social advances marked for the legislature can be fulfilled.

In fact, Iglesias has stressed that these are commitments that he and the President of the Government, Pedro Sánchez, personally acquired and has referred with some irony to the expression that the Minister of Finance, María Jesús Montero, addressed to him last Wednesday in the halls of Congress.

“No home can be turned off”

Iglesias has acknowledged that it will be a “hard and very difficult” task to get the agreed government program to be fulfilled and has set as a goal for the next few days that “no home can be cut off electricity, water or gas in a emergency context “.

“And we are also going to continue working so that pensioners do not lose rights or purchasing power,” Iglesias has summoned the members of the Podemos State Citizen Council.

He has also predicted that there will be opposition by “very powerful enemies” to the prohibition of cuts in basic supplies or to the strengthening of workers’ rights and assumes that those who occupy a “dominant position” in the economic structure will react, as it already happened a century ago.

Given this, Iglesias is “very clear” the role of United We Can, both in Congress and in the Government, and has encouraged “pedagogy” of “pressure from civil society.” He has also emphasized that he is aware of the meaning of “conflict in politics” as the “historical engine” of progress.

The vice president has mentioned as a fundamental task to guarantee the renewal of the General Council of the Judiciary (CGPJ) before the block that maintains the PP of the governing body of judges.

“Democratic aberration” of the PP with the CGPJ

In his opinion, the PP maintains “openly and without nuances” that it does not renew the CGPJ because it does not want United We and other forces in Congress, alluding to ERC or Bildu, to participate in the process. “It is impressive that they dare to say this openly,” Iglesias reproached.

Therefore, faced with this “contempt” for the Constitution and popular sovereignty, a government “cannot accept” this “democratic aberration” in which the PP incurs and is committed to “adapting the law to the present” so that all political forces can participate in this process.

Finally and despite the sectors that insist on denying it, the leader of Podemos has sentenced that the “bipartisanship is over” and that the two great political forces (PSOE and PP) do not reach 50% of popular sovereignty in Congress.

“All the groups present in Parliament represent a part of this country with the same legitimacy as the PP deputies. Faced with a right in rebellion against the Constitution; popular sovereignty, democracy and law,” Iglesias has settled.