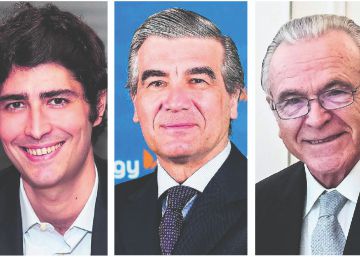 IFM takes out heavy artillery in the final phase of its tortuous takeover for 22.69% of Naturgy. The Australian pension fund manager has hired the proxy solicitor Georgeson to search, find and inform the 73,000 shareholders of Naturgy of the conditions of their offer, according to financial sources. It will also probe the intentions of investors to attend.

In practice, the takeover bid is aimed at owners of 28.7%, since neither CVC and Corporación Alba (20.7%) nor GIP (20.6%) will attend and, although it is not written on any paper, both the market as the board of directors assumes that neither Criteria, which has bought 1.2% from mid-March to 26%, nor Sonatrach (4.1%) will sell in the takeover bid.

IFM has a cohort of advisers to carry out its partial offer for the company chaired by Francisco Reynés. BNP Paribas, Credit Suisse, Linklaters and, now, the firm specializing in dealing with shareholders Georgeson, a world leader in this task, are on IFM’s payroll. Its mission will be to seek out shareholders, especially institutional ones –more than 200 investment funds– to provide them with complete information on the conditions of the takeover bid and gather initial positions before it. A Georgeson spokeswoman declined to comment on this information.

IFM has access to information on the level of acceptance of its takeover bid in almost real time, but investors usually place orders in the last few days before reaching the deadline. In this case, the day marked in red is Friday, October 8. If the term is not extended, the result will be known on the 15th and the takeover bid will be settled on the 20th.

The financial sources consulted indicate that the premium of the offer price (22.07 euros per share, for a maximum of 4,855 million), which is around 3%, according to yesterday’s closing, even anticipates that there will be apportionment. But the last word is the shareholders. The effectiveness of the offer is conditional on IFM reaching at least 17% of the capital, although it opens the door to reduce it to 10%, the minimum threshold set by the around 30 banks – among which BNP Paribas, CaixaBank and Santander–, which will provide financing for a maximum of 1,942 million.

For the success of the opa, the decree approved last week by the Government to try to lower the electricity bill will play an important role. It caused a severe blow to the stock market to Naturgy’s main competitors, which in the case of the gas company was limited by the effect of the takeover bid. The market expects investors to have more incentives to go to the takeover bid and secure, at least, those 22.07 euros.

Considering that around 10% of the capital, according to the company’s calculations, is in the hands of retailers, the role of a firm like Georgeson will be key. The other 20% is in the hands of large institutional investors, among which are also indexed funds and passively managed funds, more reluctant to go to takeover bids. With the need to convince almost all this third of the capital, every share counts.