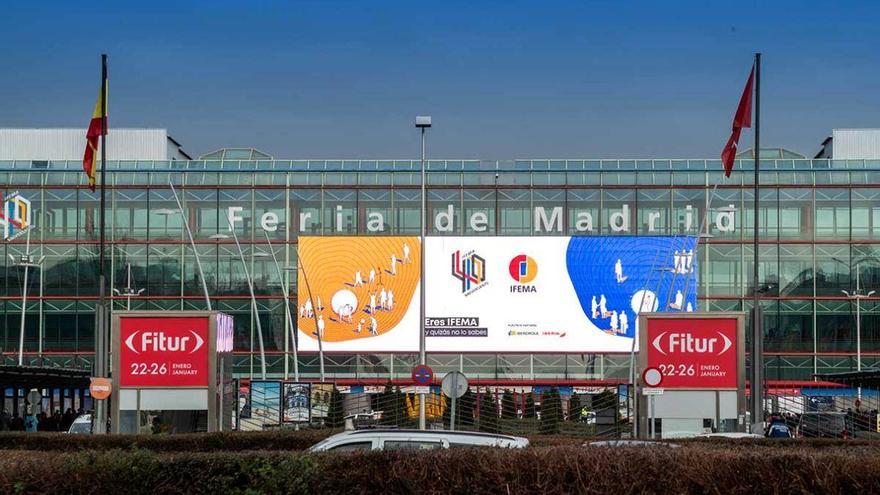 Catastrophes never come alone, they are often accompanied by mismanagement, making it indistinguishable where the inevitable ends and the provoked begins. This is the history of IFEMA during 2020 and what we have been in 2021: a succession of errors, politicking and who knows what else from the governments of Almeida and Ayuso, which increased the crisis of one of the most important companies in the region, to although they had the opportunity to partially alleviate them.

During Manuela Carmena’s tenure, we guaranteed IFEMA’s management independence politically by hiring a new management team, who still remains at the helm of the company. It is the legal status of this type of public companies that strengthens their economic management independence. This shield against political interference achieved the best results in the history of the fair consortium in 2018 and 2019 and we hoped that it would also be the case in 2020.

However, the pandemic arrived and stopped the activity, threatening its survival, as has happened with all businesses dependent on mobility. In the case of IFEMA, there were two other situations induced by the regional government itself: the use of the facility as a field hospital, something that paralyzed the space throughout the past year, and the right’s refusal to modify the legal conditions to continue with the independence of its management.

Más Madrid’s opposition to the first decision, to use IFEMA as a field hospital, is more than known. We consider that it was a strategic error in public investment, which later increased with the construction of Zendal, and that it took away key resources from Primary Care, public health, trackers and even from the Madrid network hospitals. Even today we do not know how much IFEMA will charge for this rental of its facilities. Given the situation, it is still a perfect squaring of a non-virtuous circle.

Regarding the second question, last September the municipal group of Más Madrid proposed – preceded by a question to the Government of Spain worked with our parliamentary group in the Congress of Deputies, led by Íñigo Errejón – to shield its management independence. The objective was to provide IFEMA’s management team, and all similar consortia in Spain, with an essential tool to make decisions without having a sword of Damocles over their heads, especially for 2021.

The proposal consisted in requesting the Executive a moratorium for 2020 and, if necessary 2021, in the rule that dictates additional provision 14 of the LRSAL, which governs that public consortia, in order to maintain the status of management independence, cannot render losses for two consecutive years. Otherwise, they become part of the budgets of the Public Administration on which they depend and are governed in accordance with its management standards. In the case of IFEMA, this situation would impede the agility required by the consortium, seriously jeopardizing the future recovery after the health crisis in the entire Madrid region.

The right, at the last minute, did not want to support the proposal for political reasons, partly because it did not accept a management amendment from a progressive political group, partly because of internal partisanship and partly because of ideological fundamentalism. They went on to argue that this moratorium was “the exception of the exception” and that it would not be approved by the Sánchez government. However, the proposal was supported and amended by the PSOE which, as the Almeida government itself later observed, cannot vote in Cibeles without asking the government.

There are always more doubts, as if it will not be an operation that ends with the entry of private operators into the consortium, leaving the installation in the public sphere, but handing over the business to private initiative. Time will tell and here we leave it in writing to fight if such an aberration is raised.

In 2021, IFEMA’s forecasts, influenced by the habitual blindness of the Madrid Health Council, were to recover activity at Easter. Something that Más Madrid already warned as highly unlikely, since the medical evidence pointed in another direction.

The result has been that the workers have just received a proposal from the IFEMA Executive Committee to carry out an ERTE to reduce working hours, which will be negotiated in the coming dates, which will severely affect the entire workforce until well into 2022 and which will put the operational capacity to prepare the next fairs.

Achieving profits is an objective of any company but it is also an objective to survive and have a vocation for permanence and, in the case of public companies, their primary objective is the provision of a public service, as the Supreme Court has repeatedly recalled. And the responsibility of politicians and public managers is to take care of the collective heritage, that is their mission as those responsible for the common good.

Now IFEMA, being conditioned not to have a negative income statement in 2021, seems obliged to destroy its operational capacity and the social ties of a workforce that until now has been highly committed to a company that, and this data is key to understanding our perspective, It has more than 85 million euros in cash as a result of the benefits that it has accumulated in recent years, and that although they were destined to the expansion of its facilities, they also serve with financial muscle to resist the harsh test of the pandemic.

In view of the collection of errors of the current municipal and regional governments, Más Madrid will continue to insist on seeking a sensible solution adjusted to realistic forecasts from the Congress of Deputies, the Madrid Assembly and the City Council, as it is still being Time to negotiate with the State the liberation of the sword of Damocles that has the second economic engine of Madrid.