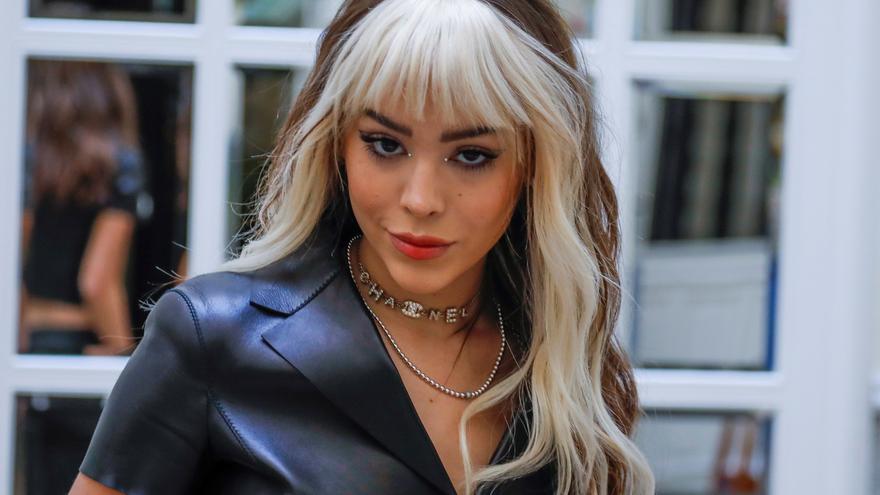 Madrid, Mar 24. (EFE) .- The demonstrations of 8-M 2018 in Madrid served as an incentive for the so-called "Latin pop princess", Danna Paola, to raise her voice, denounce that she had been the victim of an attempted abuse and start a process of empowerment that takes shape in "a one hundred percent feminist album."

"If you don't love yourself, you can't love anyone. Until I understood that, I didn't discover why my love had gone so badly," this actress, composer and musical performer admits to Efe about her conclusions. interview for the release of her latest album, "KO" (Universal), which includes tracks such as "Friend de semana" with Aitana or "No bailes sola" with Sebastián Yatra.

It is the result of a two-year "therapeutic" process of finding herself, "as a person and of course as a woman within the industry, but also in life so as not to give herself to those who do not value her", she says, and to transform all this in art and music in which she has been fully involved as an author.

"Many relationships knocked me out. This last catharsis I had left me like this. I was wondering: Why do these things happen to me? How unlucky am I going to have, what am I doing wrong and why am I repeating the same patterns? It was question of looking at myself in the mirror, recognizing myself and my mistakes, judging other people as teachers of life and considering it all a learning process ", he adds.

This is how songs like "Sola" or "Calla tú" arose, but also a brave confession through YouTube. According to her, she was drugged by several men whom she met by chance during a dinner during the recording period of the "Elite" series in Madrid, although fortunately she managed to escape from them with the help of a friend.

"As a woman, sister and friend, it was important to warn that if it had happened to me it could happen to others, that we are all vulnerable, that we live in a shitty world and that things are still a bit difficult for us, but that we continue in the fight and we will not get tired, "he says.

The police subsequently contacted her and thus discovered that the same group had already been denounced several times for following the same "modus operandi" with other women.

"I did not know more nor did I want to, because I was also very shocked," says Danna Paola, who, far from having a bad memory of Madrid for that episode, assures that the Spanish capital is "where she has felt the most free and most embraced" in these last years.

On her empowerment journey, another important song from her latest album is "Me, Myself", performed alongside Brit Mika, and which she wrote in late 2018 to exorcise another bad experience, when a hair products company called her "fat. "after having recorded a commercial for them.

"It was a moment when I was not comfortable with my physique or with my emotions," confesses the Mexican, who wants to send the message that "that imperfection is perfection and that we must find a way to love ourselves as we are. ".

She challenged her followers through networks to mention three things about their physiques that they liked and few were able to reach that number. "One always sees the defects more, especially the body," he notes, before citing what he likes the most about his: "My eyes, my ass and my hands."

And as an artist? "I really like how I sing. It is something I have worked on a lot. That is not being egomaniacal or arrogant, it is recognizing how good you are at doing something," he says, before confessing that he considers himself a "very bad dancer." "Although I am improving," he adds.

As a jury in the "La Academia" talent show in Mexico, he points out that what distinguishes a good artist is preparation. "He is the one who does not believe he knows everything, but the one who continues to get up and teach. The one who listens. I continue to prepare myself, even though I have been in my career for 21 years, because there will always be someone better than me," he says.

In this way, this precocious artist (she began with 6 years on television) has reached the title of "Latin princess of pop". "The public has given it to me and it excites me, because I have worked to achieve it. I feel super proud to be Mexican and to take my country around the world. The day I stop enjoying who I am and the process, I will retire", points out.

Danna Paola is also considered a good actress. His retirement from "Elite" came to focus fully on music for a time and now, with a newly released album and another in process, as he announces, he is already thinking about returning to the world of interpretation.

"I hope it's this year, but the right project would have to come, that it be a challenge for me, that I don't continue being the girl in the class after 'Elite'", she anticipates, commenting that she also likes to write her own stories and that "at some point" he would like to produce and direct.