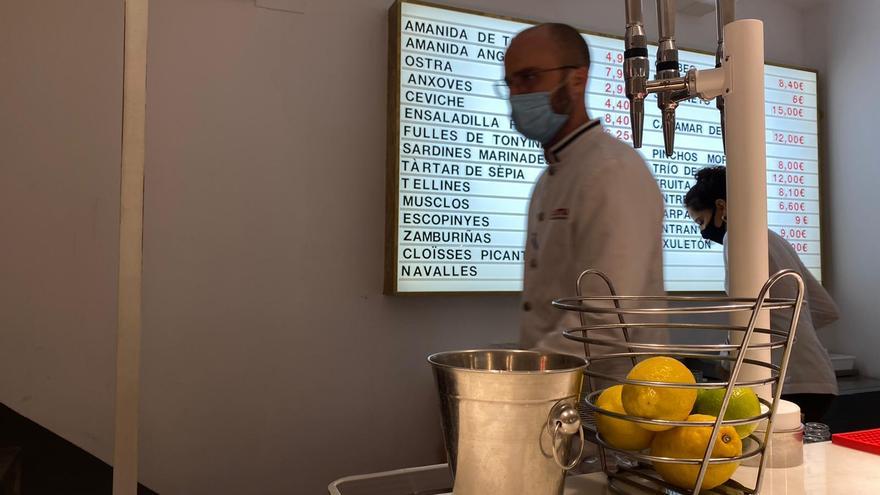 Marc Benedicto, owner of the restaurant El Racó de La Garriga, received two boxes with hundreds of oysters this Thursday that he will surely end up giving away. He ordered them from France last Tuesday morning, when he still did not know that his restaurant should close, and they have arrived in a few hours to do his last service. “I thought that if there were restrictions, they would be partial or only for the areas most affected,” he says in a telephone conversation from this municipality of the Vallès Oriental of 16,000 inhabitants. “What I sure was not expecting was that this would come from one day to the next.”

Like Benedict, the restrictions announced by the Government on Wednesday by noon they have caught most restaurateurs off-foot. Some are seen with a lot of product that they do not know how to sell in 24 hours. Others complain about the lack of specificity about the aid for the sector and point out that the measure comes at a very bad time, with only five days left to pay their taxes and with only one month of margin to pay those pending the second quarter of 2020, which was postponed during the first lockdown.

“I think that if we have to stop for a public health issue then we stop, we have no problem with this,” says Francesc Gimeno ‘Mandu’, owner of two stores –Sant Antoni Gloriós and Nomad Road– in Barcelona. “What makes no sense is that we paralyze our activity but they continue to charge us for water, gas, electricity … That this also paralyzes us.” Only in rentals of his two premises, this restaurateur must pay more than 3,000 euros per month. On Tuesday, given the leaks that would force the closure of restaurants and bars, he ordered the paralysis of all food orders.

“Last week there was talk of lifting restrictions and opening the bars of the bars and suddenly they force us to close them all,” explains Roger Pallarols, director of the Barcelona Restaurant Association, who also requires solutions for the fixed costs that restaurateurs they will continue to have. “It is intolerable that they close us without being accompanied by complementary measures for the sector,” he added.

“They have had five months to think about a solution, they were already clear that there would be a regrowth,” says Pol Puigventós, one of the owners of the Lluritu seafood restaurant in the Gràcia neighborhood of the Catalan capital. “Why don’t they announce the aid for the sector the same day that they say we must close?” Asks this restaurateur, who employs 20 people in his two locations. “We don’t know anything,” adds Benedicto, from the La Garriga restaurant, whose fresh produce order this week totaled almost 3,000 euros. “Neither on the aid nor on what situation are our workers.”

When the rumors began at the beginning of the week about new measures that would affect the restoration, Puigventós also thought that the restrictions would be aimed at a reduction in capacity. At no point did they consider that they would force them to close completely. “We had to change everything at once, we are solving the browns one by one,” he laments.

Faced with the possibility of having to launch all the fresh product that they sell in the seafood restaurant, these young people made a call through social networks so as not to have to throw away all the product. The response has been overwhelming and they have finally had to buy more food than they had anticipated. “In the end the omelette has been turned and we have gone from planning a last lazy day, collecting everything, to having everything reserved and we hope to check in as if it were a Friday.” Even so, the response of their customers does not dissipate the clouds over the future and they are considering taking measures to try to reduce the high cost of renting their premises.

After a very complicated spring, the restaurateurs consulted observe how the weight of the new restrictions falls on their shoulders. They also fear that the restrictions will not last 15 days but that they will be much longer, as happened last March. In the meantime, they hastily reorganize themselves to offer a take-out service, without being able to calculate well what the demand will be. The only thing they demand, for now, is specificity in the aid. “That they don’t come to us with an ICO loan,” complains ‘Mandu’, from Sant Antoni Gloriós. “We cannot add more debt to what we already have.”