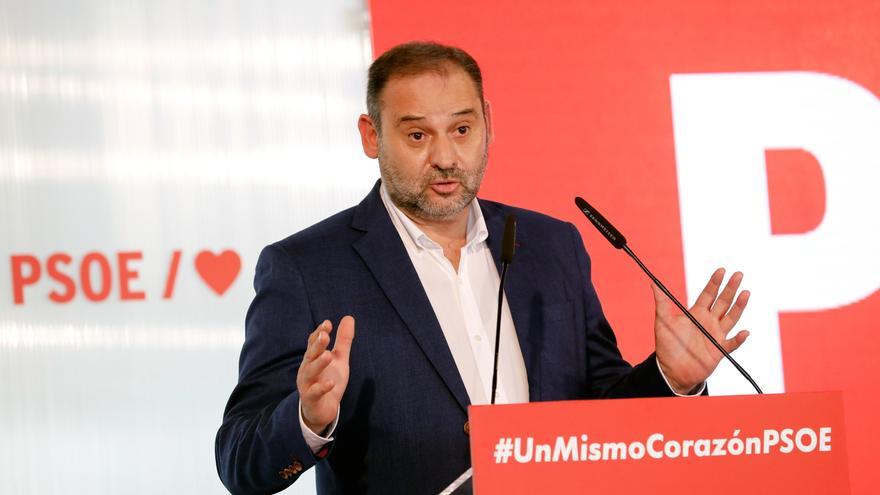 Ferraz moves away the possibility of promoting a motion of censure against the president of the Community of Madrid, Isabel Díaz Ayuso, and of handing over the Puerta del Sol to Ciudadanos. Against what pointed out the leader of the Madrid Socialists, José Manuel Franco, the secretary of Organization of the PSOE, José Luis Ábalos, has corrected him to cool down a possible change of government in the region by the PSOE. “We are not going to play that. If we have to raise a motion, it is for the PSOE to make it and the conditions have to be given. I don’t think this is the time for motions,” the Minister of Transport has settled in an interview in RNE.

The socialist leader considers that in the middle of the “critical” management of the pandemic, the parties should not dedicate themselves to obtaining political profits. “The concern now is to manage this critical situation, face it and one, if it were responsible, should not be thinking about anything else,” he said in reference to the PP, for the attacks against the Government during the management of the COVID-19 crisis and Vox for the intention to present a motion of censure against Pedro Sánchez, which is rejected in advance since it is not supported by any group, not even Pablo Casado.

Ábalos has therefore cooled down the option opened by the Madrid PSOE by sliding that it could support a motion of censure against Ayuso for Ciudadanos to take over the presidency of the Community of Madrid, despite the fact that Ángel Gabilondo was the winner of the elections. “In principle we have won the elections and it would be very difficult for a socialist not to preside over the Community, but if democratic hygiene leads us to that demand of having to pass because a non-socialist person presides over the Community and that leads to a better management and a political change in Madrid, we would be willing to study it, “Franco said in an interview on Cadena Ser a few days ago. In the leadership of the Madrid PSOE they explained since then that it was a way of transferring the pressure to Ciudadanos, although some leaders consulted by elDiario.es admit that it would be the only formula to attract Ignacio Aguado, who is Ayuso’s vice president.

Both Moncloa and Ferraz assured then that the Socialists were not considering this situation at this time and Ábalos has closed the debate. “We are not going to speak on behalf of political formations nor are we going to tempt. In his day there was a great opportunity to prevent the extreme right from having a leading role in Spain. I myself raised it with Ciudadanos. The response was very bad considering what it has passed later – Ábalos has said in reference to the agreements that Citizens reached with the PP to govern thanks to the support of Vox in several communities -. We are not going to play that. ”

The Secretary of Organization of the PSOE has once again pointed to the investiture allies as priority partners for the approval of the General State Budgets, although he has kept his hand out to Inés Arrimadas. “I have always said that the normal thing is that those parties that consented or supported the inauguration, the normal thing is that they continue to provide a certain stability to that Government. It makes little sense to facilitate the composition of a Government and then not contribute to its stability, but you have to understand that beyond the need for a budget, provide stability and seek alliances, there is another question at this juncture: if we talk about national reconstruction, it is a task that must be the responsibility of the whole. The appropriate thing is to try to get the support of the majority and the more majority, the better. ” In fact, Ábalos has recognized Arrimadas’ “strategic change” with respect to Albert Rivera after Sánchez said last week in Congress, in a wink to ERC, that Ciudadanos “has not left the photo of Colón.”

On the dialogue table between the Government and the Generalitat, which was a requirement of ERC to sit down to negotiate the budgets, Ábalos has assured that the Government’s disposition is “full.” However, the appointment still does not have a date and in Moncloa they blame the president of the Government. The socialist leader has also remarked that resuming the talks can “pose a very different strategy to confrontation and very different to those who are not in our country,” he said in reference to Carles Puigdemont. Likewise, he has expressed the Government’s intention to take advantage of the breakdown of JxCat to negotiate with the sector that has remained in the PdCAT issues such as public accounts, although it has emphasized that this situation “implies that what was called you process evidently it comes to express that it was an impassable road “.