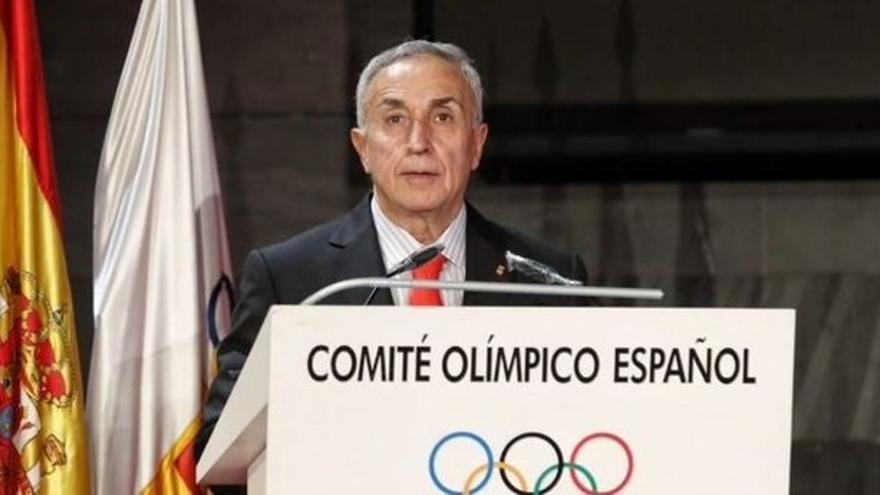 Alejandro Blanco (Orense, 1950) has been elected for the fifth consecutive time as president of the highest national Olympic body in the Extraordinary General Assembly held this Wednesday at the headquarters of the COE in Madrid. SPORT, a newspaper belonging to the same publishing group as this medium, had the opportunity to speak with him just 48 hours after being re-elected

In your fifth consecutive term, your enthusiasm for Spanish Olympic sport has not worn away at all?

I believe that if I have any virtue, it is that it is my devotion to him. sport, I maintain the rhythm of work that when I started in 2005. As long as I have that spark and that flame within me and that I continue to enjoy my work, I will continue. Without a doubt, I believe that it is what is most valued when it comes to re-election to the position.

Can you explain the secret of so much consensus with your person at the head of the COE?

After the first period, he has been elected consecutively with practically one hundred percent of the support. Without a doubt, it is the result of the work and affection that the Olympic federations show me. And, of course, having the work team that I have. The Spanish Olympic Committee is a large family of Olympic federations, a unit of opinion within the different opinions and of course, the support of the athletes themselves. All leaders have to be clear that we are working for them.

What goals have you set for the next four years?

The most important thing is to continue advancing in the line of work, supporting the athletes, in the programs that we are recognized, and we want to advance in the Center of Artificial intelligence. The future that will make a difference is in the field of innovation. We need data and create an intelligence center, with the best experts, and study the transfer of values. The study is already prepared, and it is one of the great objectives ahead.

Another would be a large sports hall for research in Health, feeding and create a platform where we can inform our athletes on health advances and learn data on the health issue and on our own athletes.

Good balance in the Games

Could you give me an assessment of Spanish sport in this Olympic year?

It has been a tough few years for all athletes focused on playing the Games. Spain is one of the countries where the pandemic has affected the most intensely, and it has made us all reconsider. We can no longer follow the same parameters of health, communication, or how to receive information.

We were not prepared for everything that happened ...

It has been a different year for everyone. The important thing is a memory for all those who have abandoned us and their families, and we have to be aware that the infrastructures were not prepared, so that when something similar returns, the response is faster. The uncertainty has been the hardest part. Health must always come first in the society, and of course, among our athletes.

Are you satisfied with the Spanish participation in Tokyo?

For me, a very good balance must be made taking into account the uncertainty in which the athletes moved about whether or not they were going to celebrate the Games. The medals of the last editions have been kept and many young athletes showed their possibilities for the future.

Are we going to see changes in the Games?

What this has taught us pandemic It is to protect ourselves in the field of health, and in terms of preparation, we can train in better conditions for the future, for sure.

The Barcelona-Pyrenees Games, a common project

How do you see the Barcelona-Pyrenees Games from the COE?

The Games is one of the great projects that can be presented to a society. We have already presented the reading. The differences that may exist must be discussed, and we have been able to sit down the Government of Spain and Aragon, with the same objective. The meetings that I have had with businessmen, unions, representatives of the social classes, athletes, political leaders of the Generalitat, of the area ... all have been of total support for the candidacy.

Some voices of athletes have been raised against ...

Do you think Madrid should bet on the Summer Olympics?

Madrid has the ability and the desire, although it must arrive at the right time. Now we have to focus on the Barcelona-Pyrenees winter bid.

Could you tell me the best and worst that you have experienced in these years of presidency?

The most important thing is the day to day. When you have to make so many decisions, and be part of many events, I don't have any moment that stands out too much for me. The good and bad moments, in the end all enrich. Sport has to be prepared for everything.

Do you think that the role of women in Olympic sport should grow?

Without a doubt. In terms of results, he made a leap in London, but throughout history there have always been great athletes. The participatory level is very high and we have to make it happen at the organizational level. From the COE, two courses for sports management have already been held. The woman, we are seeing it, is becoming more and more integrated. You have to open the doors for them to reach any position. Society cannot wait another second to open those doors.

Will we see a president of the COE?

I'm excited that women reach top management. I have no doubt that that moment will come.

How about the transition made by Pau Gasol?

Pau is the best example for everything. He is an extraordinary person. Now he is starting the path in sports management. Let him walk his way, and be able to see his evolution in the world of sport from the other side.