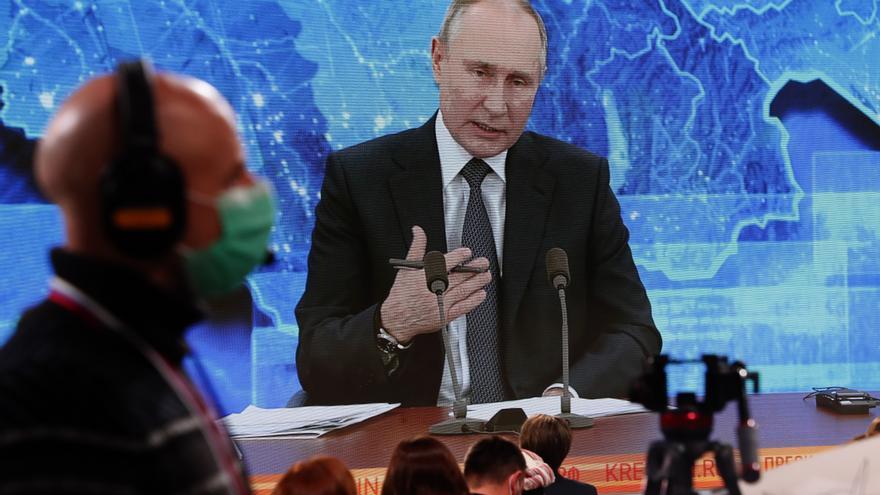 The president of Russia, Vladimir Putin, has denied this Thursday his responsibility in the almost fatal poisoning of prominent Russian opponent Alexei Navalni. The president, with a smile, has assured that if the intelligence services had wanted, “they would probably have finished the job.”

“Of course the intelligence agencies have to keep an eye on him, but that doesn’t mean they have to poison him. If they really wanted to, they probably would have finished the job,” he said.

Navalni, one of Putin’s biggest critics, was poisoned in August in Russia with a nerve agent from the Novichok group. He became ill during an internal flight and was admitted to a hospital in Siberia. He was later transferred in a coma to a hospital in Germany, where was discharged on September 23.

Last monday, the digital medium Bellingcat and its partners Der Spiegel and CNN, published an investigation claiming that a team of FSB chemical weapons experts is implicated in the poisoning of Navalni with an agent from the Russian-made Novichok group.

The investigation, based on large volumes of telecommunications data, geolocations and flight records, identifies three agents of this unit who followed the opposition leader last August, first to Novosibirsk, where he campaigned before the regional elections, and later to the Siberian city of Tomsk, where he was poisoned.

“This is not an investigation, this is an attempt to legalize the materials provided by the US intelligence services,” Putin said during his annual press conference. The president has assured that Navalni “is being supported by the American intelligence” and for that reason it has to be watched.