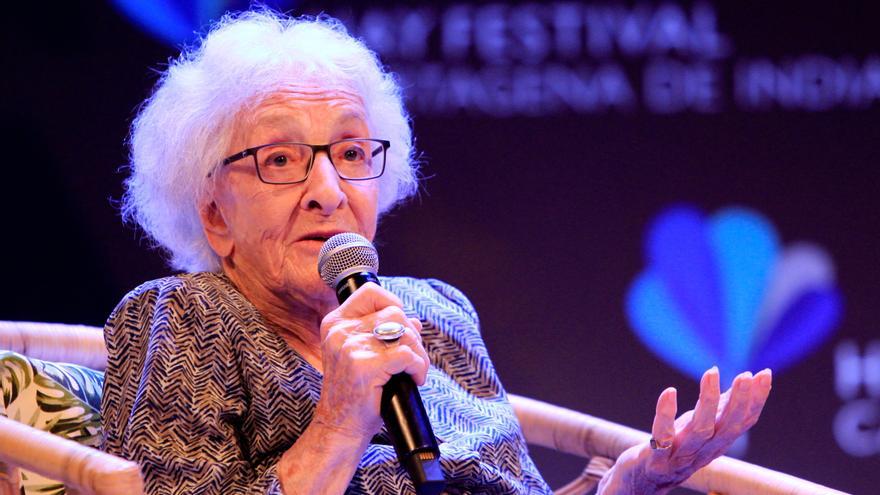 Montevideo, Mar 19 (EFE) .- The poet Ida Vitale, winner of the 2018 Cervantes Prize, will be decorated this Saturday in Montevideo with the rank of Commander of the Order of Arts and Letters granted by the French Ministry of Culture.

According to sources from the French embassy in Uruguay, only twenty people from the world of politics and culture will attend the event to avoid any risk of contagion from covid-19, so the event will be broadcast on social networks. .

The rank of Commander is the highest of the three that this decoration of the French State has and is awarded to people who distinguished themselves for their creations in the artistic or literary sector or for their contribution to the projection of the arts and letters in France. and the world, the sources explained.

Vitale, who turned 97 last November, did many translations from French to Spanish, such as “Water and Dreams” or “The Poetics of Dreaming” by Gaston Bachelard, or “Manouche” by Roger Peyrefitte.

In addition, as confirmed by his daughter, Amparo Rama, Vitale has worked on the translations of his poems into French with Silvia Baron Supervielle, an Argentine-Uruguayan writer based in France and second granddaughter of the Franco-Uruguayan poet Jules Supervielle.

The result of this work was the bilingual anthology “Ni plus ni moins” (“Neither more nor less”, alluding to one of the verses of the Montevideo poet), published in 2016 in that European country.

Vitale (Montevideo, 1923) is registered in the Generation of 45, to which Uruguayan poets such as Mario Benedetti, Idea Vilariño, Carlos Maggi and Emir Rodríguez Monegal also belong.

Critic, essayist, translator and teacher, the poet has received in her career, among other awards, the Reina Sofía Prize for Ibero-American Poetry (2015) and the Guadalajara International Book Fair (FIL) Prize for Literature in Romance Languages ​​2018.

Ida Vitale was the fifth woman to receive the Cervantes Prize, after the Spanish María Zambrano (1988) and Ana María Matute (2010), the Cuban Dulce María Loynaz (1992) and the Mexican Elena Poniatowska (2013).

Elegant, lucid and cultured, Vitale has always had Juan Ramón Jiménez as a reference and poetic father.

In the absence of an unfinished novel, which on several occasions he has said he would like to finish, his latest published books are “Minimas de sleet” (2016) and the compilation “Poetry reunited” (2017).