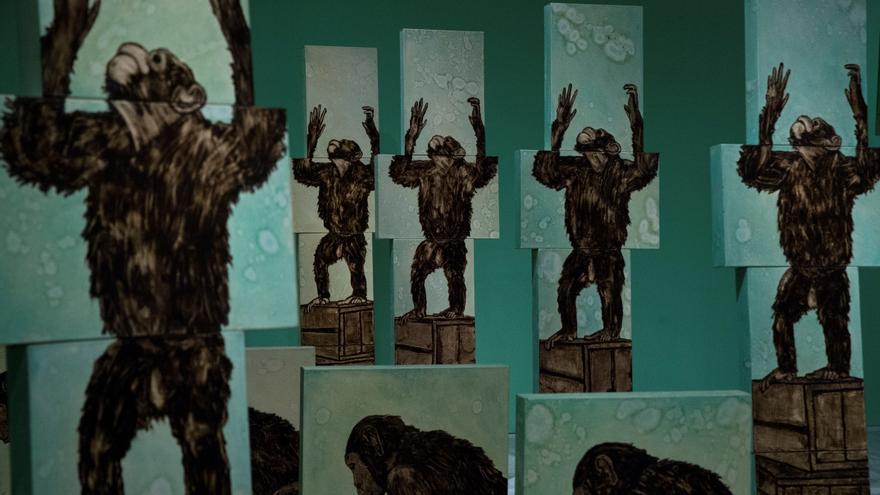 Madrid May 31 (EFE) .- The Reina Sofía Museum offers the first retrospective in the world dedicated to Ida Applebroog, “Marginalias.” A panoramic view that shows the broad and multifaceted career of an artist little known to the general public, but a whole pioneer of feminism, which focuses on the dysfunctionality of contemporary society.

"Marginalias", which opens to the public from Wednesday to September, is made up of more than 200 works - most of them paintings or drawings - and eight installations. The exhibition offers the possibility of meeting Applebroog (New York, 1929), an artist with a very personal work, for the first time in Spain.

“He openly criticizes patriarchal society, however he poses it as one more symptom of a global dysfunction, in which we are all puppets,” summarizes Soledad Liaño, curator of the exhibition.

The life of Applebroog (New York, 1929) would do well for a movie. She was born into an Orthodox Jewish family in New York, and only had the opportunity to study after getting married and moving to different parts of the United States.

The stage that he remembers as the most enriching was in Chicago in the fifties, where he began to study art and came into contact with other artists. Years later, after moving to California with her husband and four daughters, she suffers from depression and a nervous breakdown that forces her to enter a hospital.

That convalescence would mark his first steps as an artist. Today at 93 years of age, he continues to work every day in his studio.

Part of the drawings he made at that time (1969) as occupational therapy can be seen in the first room of the exhibition. "Her work is very personal, but she is also an artist committed to her time," explains the museum's director, Manolo Borja-Villel.

The themes that he addresses in his work are those of his life: heteropatriarchy, the lack of definition between the private and the public, the desensitization towards the pain of others or the excesses of medicine.

His feminist position is perhaps the best known and also the first message that reaches the viewer as soon as he steps on the exhibition. Along with the drawings of her stay in a hospital, with rich organic forms, appears “Monalisa”, a wooden installation and dozens of drawings on her vulva.

Applebroog, who after her stay in the hospital conceives a new surname - distant from that of her husband Horowitz and similar to that of her parents, Appelbaum -; he tries to find in his body an answer to the problems that concern him.

The work of the artist, whose shyness has defined her career - she did not offer interviews until she was more than 80 years old - is also marked by an element of theatricality in which the Queen's proposal affects.

In the following rooms the paintings are distributed on the floor: “Everything is fine” (Everything is fine ”) gives prominence to the monkeys, as a criticism of the abuses committed in the research against HIV and Ebola; and in the following rooms, "Living" and "Marginalias", dozens of ground-level works present lonely characters, in a grotesque key, with the aim of criticizing "contemporary sick and dysfunctional society".

Completely different is his most recent work, "Angry Birds", in which Applebroog draws colorful birds taking as a starting point one of the key works of American ornithology, "Birds of America", from the 19th century.

Far from the candor and beauty of the portraits, in which many of the birds appear dead, the message highlights the implicit violence of the legacy and hints at criticism of the Trump administration.

Applebroog has been present at key international events in recent years, such as the Documenta de Kassel (1987 and 2012), or the legendary Whitney Biennial of 1993. This is the first time it has been shown in full, which allows us to appreciate its versatility.

"He has a great ability to transmit his ideas in a plastic way, he is very versatile", Liaño emphasizes. There are many types of work in the exhibition: drawings, watercolors, paintings, sculptures, artist's books or installations.

A choral story that for the first time allows us to see and analyze its entire five decades of career.