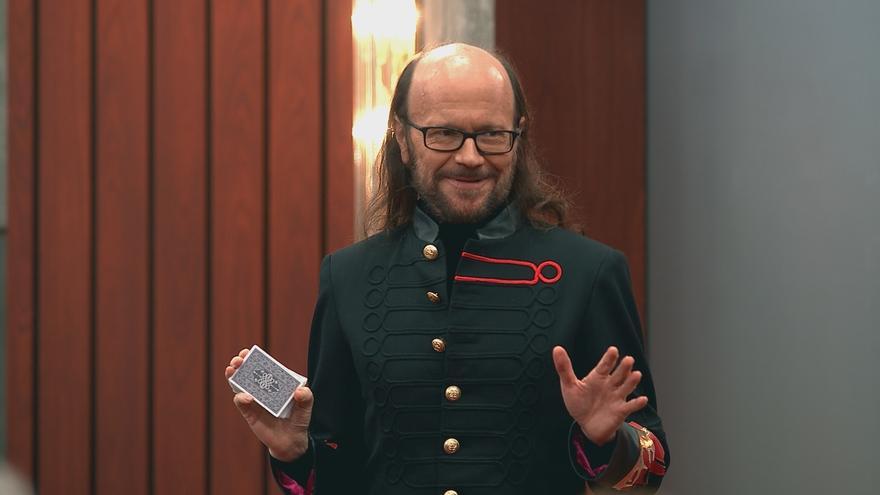 Madrid, May 14 (EFE) .- After years filling theaters with the grotesque humor of Torrente, Santiago Segura is today a master of family humor cinema and entertainment programs. This Friday a new contest, “LOL: If you laugh, you lose”, in which he acts as a villain, opens on Amazon Prime Video.

In an interview with Efe, Segura says that he was excited to become “a kind of James Bond villain” in this show that is an adaptation of the Japanese program “Hitoshi Matsumoto Presents Documentary”, and in which, accompanied by his “henchmen” Cañita Brava and Xavier Deltell, will supervise the “Big Brother” that the ten comedians who participate do not laugh.

Despite having achieved that his last two films (“Padre no hay más que uno” and its second part) are the highest grossing films of the last two years, Segura still thinks that in Spain humor drags certain prejudices that keep him away from recognition and awards, something that does not concern him. The important thing is, he says, the affection of the public and making people laugh in these difficult times.

Q: Is “LOL: If you laugh you lose” a program suitable for everyone, even those who do not like comedy shows?

A: There is nothing infallible, but there are so many types of humor… It is to see how they try to destroy each other with all their humorous arsenal, eschatological humor, puns, intelligent humor, physical humor… They attack each other humorously speaking , which is how we should attack each other in everyday life, and then I think everyone is going to find humorous moments. Even if you don’t like it, it will be funny to see how these people try to suppress their laughter and sometimes they can’t.

Q: Unlike other shows in which you have participated, this is a very short show, only six hours of recording (that viewers will be able to see in six episodes), have you known little?

A: It is always important to keep wanting more. The sad thing is to say, my mother, as there is a second season I cut my wrists. And it has flown by me, I’m looking forward to its release so that it is a success and there will be a second season.

Q: You were saying recently that your films should be a public service, something necessary in society. Is there enough humor in Spain?

A: I think not. We really need humor. I was joking about the pubic service, but seriously because pheromones, oxytocin, all the positive hormones that help the immune system are produced when you laugh. On the other hand, when you have stress, fear and anguish, which is what is happening to us when we think “I get vaccinated or not, I will get sick or not, they will pay me the ERTE or not …”, that generates cortisol, which is oxidative and depresses the immune system, so it’s a vicious cycle.

Q: In your opinion, do humor and comedians have the respect they deserve in Spain?

A: No. Humor is despicable, laughter is not serious. But actually people like it the most. And I notice it, the affection they have for comedians. I who have done the program, I mention the ten comedians and I notice joy on their faces. Do these people have prestige or respect? No. Are they outcasts of society? Either. They are very dear. And it is that affection is often much better than prestige. I prefer to be loved than respected.

Q: In the presentation of the program you assured that the ten contestants were the best that could have been chosen. If there is a second season, will the same thing be said? Is there a lot of quality in Spain in the humorous world?

A: I do not know many, but two more seasons at this level could be because many people have been left in the pipeline. These are top, but they are very diverse. From Arevalo’s generation, imagine if there could be humorists or people who are not only humorists. Because Mario Vaquerizo, for example, is not a humorist, he is an “influencer” or a Martian, but he is funny and there are many of those. If the public responds, this level can be given again.