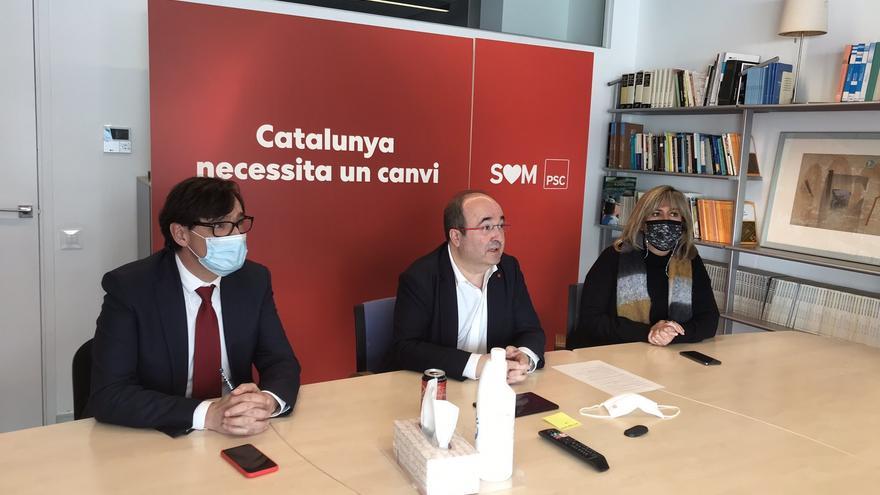 The first secretary of the PSC, Miquel Iceta, explained this Wednesday the reasons that have led him to take a step back and propose Minister Salvador Illa as a candidate for the elections. “My obligation is to propose the best candidate in the current situation, that the Catalans and the Catalans perceive that change is possible, that we have it at hand,” said the socialist before the party executive. “We must show that we want to win, that we want to govern, that we want to preside over the Generalitat. That we are going to all,” he reiterated.

Iceta has demanded that his people give all the support to Illa, of whom he has assured that he sees with options to reach the presidency of the Generalitat. “I propose that we offer Catalan society not a candidate, but a president. President Salvador Illa,” he proclaimed. “I formally propose that in these elections, comrade Salvador Illa lead our candidacies to become the next president of the Generalitat.”

The first secretary’s proposal will be ratified this Tuesday at the National Council that will hold the game. Illa’s arrival from the Ministry, which has been omnipresent during the pandemic, has meant an earthquake in Catalan politics. The head of Health is well valued by voters, especially among ERC voters and the ‘comuns’, thanks to his technical and innovative profile in the first line of Catalan politics.

During the last months the possibility of the change of the head of list of the PSC had been a frequent rumor, although until the moment in public it had always refused. However Iceta, who maintains good relations with Illa, has chosen to change her mind due to the better prospects of her partner.