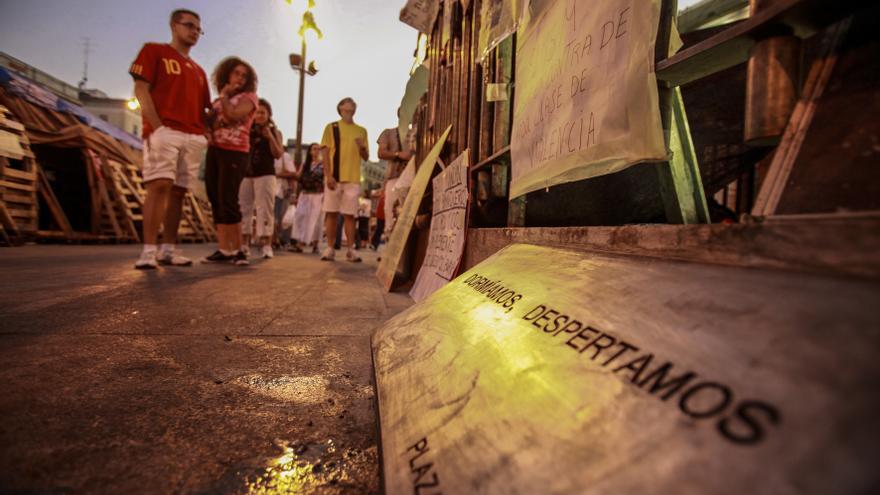 The squares and streets crowded with protesters already have an archive where their vindictive memory will be preserved, so as not to forget authoritarianism and preserve, honor, study and disseminate disobedience. The Government of Pedro Sánchez has just approved the Royal Decree that creates the Historical Archive of Social Movements, which aims not to forget the indignant mass that has risen over the last century and a half against injustices and has constituted a force of democratic change. The Archive, which was an idea of ​​José Manuel Rodríguez Uribes, will depend on the General Directorate of Fine Arts of the Ministry of Culture and Sports, and will be located in Alcalá de Henares, a few meters from the General Administration Archive (AGA).

This newly created Archive will be in charge of collecting the right to insubordination that the Spanish population has taken in its contemporary history. Any document of these social groups older than 40 years will be susceptible to being entered in the new Historical Archive. Although it also makes it clear that they will receive any document that, despite not reaching the indicated age, deserves the consideration of being part of the documentary heritage, such as those generated during the 15M camping trips.

It will be made up of the documents of organizations that are already part of the social, political and trade union history of Spain. For example, the participants of the different struggles of the neighborhood movements and the movements for civil rights. But the documentation seized by the Francoist Police that belonged to the main political and union organizations in opposition to the dictatorial regime and that “constitute irrefutable testimonies of the repression exercised against its members” will also be collected.

Article four of the Royal Decree clarifies that “social movements” are those formal and informal organizations that “have been articulated in dynamics of demand and activism, organization of different protests and expressions of public causes.” Among them, he cites women’s organizations and feminist groups, class organizations and representative of different groups and causes such as peasant demands, respect for human rights, different types of rights and civil liberties, the fight for equality and sexual diversity, environmentalists and ecologists and other groups and collectives.

As Rafael Cruz, professor of History of Social Movements at the Complutense University of Madrid, points out in his book Protesting in Spain. 1900-2013 (Alianza Editorial), “the protest has been a genuine form of political participation.” Protest, as a generator of conflicts and confrontations, has been essential in the construction of the social and political history of the last century in Spain. This Archive responds to the meaning of the protest during the last century and a half: “It has been the basic channel for the conquest of rights and in general the preferred way to achieve social change”, explains Rafael Cruz.

The documents that will make up the institution are the traces of participation and disobedience. The Marxist philosopher Étienne Balibar, in Equal freedom (Herder) explains that “to save itself or remain alive as a community of citizens, it is necessary for the city to run the risk of destruction or anarchy in the confrontation of its own members.” Balibar maintains that disobedience is a democratic act and insubordination, the true right to rights.

The Historical Archive of Social Movements will promote research with a gender perspective, movements linked to the defense of consumers and users, the deposit of funds and private collections. In addition, it will bet on the entry of original funds or copies of other state-owned centers and the dissemination and enhancement of the documents that make up this cultural heritage.

“The provisions of this royal decree will not entail an increase in public spending. The expenses derived from the creation of the Historical Archive of Social Movements will be covered by the budget credits of the Ministry of Culture and Sports, without involving an increase in spending”, can be read in the additional provision. The Association of Spanish Archivists in the Public Function (AEFP) has shouted to heaven for the lack of means with which this Archive has been created. “The Royal Decree lacks any reference to personnel or the budget that goes a little beyond the additional provision,” they indicate from AEFP.

They report from this association that in the Memory of the Analysis of the Normative Impact of the Archive – and that it was not made public – it was indicated that the staff of the Historical Archive of Social Movements and the composition “will be established from the human resources” with which the set of State Archives is equipped. “Without forgetting that, while this is happening, the File System of the General State Administration collapses due to lack of personal and material resources,” they add from AEFP.

“The archives of the labor movement have always existed, they are the ones that are guarded by the Foundations of Pablo Iglesias, Largo Caballero and Indalecio Prieto. They are private and have been open for many years, but with the successive economic crises they have had to lay off many workers and need coverage budgetary “, explains Henar Alonso. These three archives are housed in the convent of the Trinidad, in Alcalá de Henares, where the future Historical Archive of Social Movements will be located.

In addition, indicates the AEFP spokeswoman, this place has full deposits, there is no room for one more. “They are private documents and will become public management. These documents have not yet been donated or deposited in loan nor is there a contract that regulates this. It is not determined how it is going to be done, “adds Alonso. Another question refers to the transfer of the papers kept by the Salamanca Archive, which guards the documents of the Franco regime’s repression. The archive is anticipating a new crisis: ¿¿ Will more papers come out of Salamanca on their way, now, to the Historical Archive of Social Movements? The sources consulted from the Ministry of Culture comment respond that “everything related to the repression will continue in Salamanca.” In fact, they anticipate that at the moment the Archive Salamanca has 6.7 linear kilometers and with the transfer of the Women’s Section and the Vertical Unions to Salamanca -a total of 70,000 boxes- it will be increased to almost 30 linear kilometers. to feminism and the unions “, they add from the Ministry.