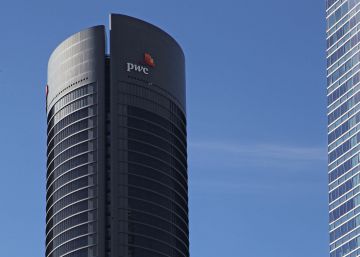 PricewaterhouseCoopers (PwC) has received a sanctioning blow from the Accounting and Audit Institute (ICAC), in relation to the audit carried out at Carbures Europe (today Airtificial), corresponding to the first half of 2014.

Specifically, the agency under the Ministry of Economy considers that the audit firm committed a serious infraction by incurring in the “breach of the auditing standards that could have a significant effect on the outcome of its work and, consequently, in its report ”, The ICAC notes in its resolution, dated September 30, 2019, and which has been made public recently.

The fine, which PwC indicates is already appealed, in economic terms is not significant (83,243 euros), but refers to the intermediate accounts of Carbures Europe that caused a long suspension of your quote in the Alternative Stock Market (MAB), which also coincided with a turbulent stage for this market.

Carbures, then dedicated to the manufacture of carbon fiber parts for airplanes, cars, trains, bicycles and construction structures and beams, was one of the star values ​​of the MAB. In just two and a half years since he began trading his shares, the securities revalued 1,800%.

PwC audited its financial statements for the first half of 2014 without including qualifications in the report. However, when it was reviewed to make a report on the possible jump of the company to the continuous market, the auditing firm expressed doubts about the accounts. According to Carbures in a relevant fact, the doubts related to the “character of the parent company, Carbures Europe, S.A., in the development of its activity in Spain, with entities considered as third parties until today.” These were companies that maintained a strategic alliance with Carbures and that had always been considered as third parties. Following this statement, the MAB decided to suspend its price, which remained frozen for three months.

January 2015 the firm corrected their accounts: of the initial benefits estimated at 11.4 million, it went on to record losses of 7.6 million. Likewise, it went from declaring revenues of 41.9 million in the first six months of the year to reducing the volume to 20.2 million.

The report was endorsed by PwC, but included two warnings in which it expressed doubts about the future viability of the company and also corrected the 2013 figures. After restatement of its financial statements, the price of the securities was again admitted to the MAB

Precisely, at the moment when the price of Carbures was suspended, the MAB entered into a reputational crisis since the other star value of the alternative market, Gowex, was immersed in an accounting scandal Only a few months before. The Wi-Fi company acknowledged in July 2014 that the company’s accounts of at least the last four years were falsified, which caused a crisis in Spanish Bags and Markets (BME), the company that owns the MAB, and the stock leak to market open.

In 2018, Carbures and Inipsa agreed merge and rename Airtificial Intelligence Structures, with a capital increase of 65.9 million euros. The company specializes in artificial intelligence, through collaborative robotics, sensorized structures and their respective engineering developments in the civil engineering, aeronautics and automotive sectors. In that same 2018, the firm debuted in the continuous market.

In the first nine months of 2019, latest data available data, the industrial company registered losses of 32 million due to the provisions made in the first semester, which reached a value of 25 million euros, and the amortization of seven million euros.