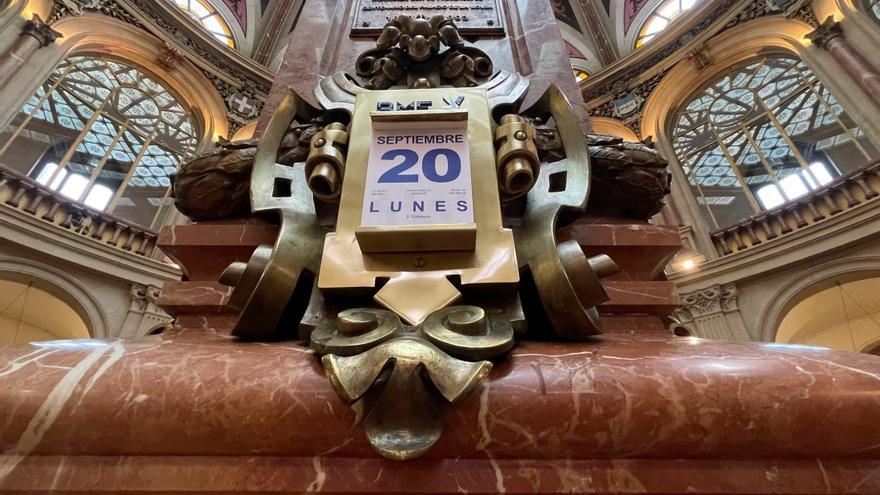 The executives of the Ibex 35 broke the record of permanence in their positions last year. In 2020, an exercise historical losses for companies Of the selective due to the pandemic, the seniority in office of its top managers was on average 10.9 years. It is the highest figure since the National Securities Market Commission (CNMV) began to publish this data in 2004.

Executive directors are the best paid, due to their greatest responsibility. They are also the ones who remain in the position the longest on average, in which they usually have the so-called shield clauses or golden parachutes to compensate them in case of dismissal.

If in 2020 the executives of the Ibex added up to average those 10.9 years in the position, in the group of the selective the average per member was 6.7 years; for independents (who by law cannot exceed 12 years in office) it dropped to 4.4 years, and for proprietary companies (who represent shareholders) it was 7.1 years, according to the latest analysis of government reports of the entities that issue securities admitted to trading on regulated markets that have just been published by the stock market regulator.

In the case of the executives of the Ibex, the index that groups together the Spanish business elite, those almost eleven years of tenure in office represent an increase of 1.1 years in a single year, unprecedented so far.

The previous record of permanence was the 10.8 years of 2011, another year of strong economic turmoil. At that time, they were still at the foot of the historic Ibex canyon, such as Emilio Botín (who died in September 2014), César Alierta (Telefónica) and Francisco González (BBVA), and Abengoa (today in bankruptcy) still had Felipe Benjumea as the maximum responsible .

The increase in 2020 is explained not so much by the stability in the leaderships of the large listed companies as by a proper name, Pharmamar. This company landed on the selective in September and its two executive directors, cousins ​​José María Fernández Sousa-Faro and Pedro Fernández Puentes, president and executive vice president, respectively, have been on its board of directors since 1986.

Pharmamar has been characterized in recent years by having the oldest board of directors of the Spanish listed companies and its arrival in the selective has also caused the average age of Ibex directors to rise in 2020, according to the CNMV, to 61.6 years, compared to 60.3 years in 2019. According to a study published in October by the consulting firm Spencer Stuart, the average age of the members of Pharmamar was 73 years old at the end of 2019, ahead of the 72 years of Técnicas Reunidas, Faes Farma and Naturhouse and the 71 years of ACS.

Among the executive directors who are well above that average of 10.9 years in office are also well-known names such as the president of ACS, Florentino Pérez, who has led this construction company since 1989; the president of Banco Sabadell, Josep Oliú (executive director since 1990); that of Iberdrola, Ignacio Sánchez Galán (who this year has celebrated 20 years as an executive of the electric); and the president of Acciona, José Manuel Entrecanales, and its vice president, Juan Ignacio Entrecanales. Both have been in charge of the group since 2004, although before then they had the qualification of executives.

The multimillionaire bonuses of 48.7 million euros linked to multi-year plans received in 2020 by the two top managers of Acciona (who are also cousins) made the average remuneration of the executive directors of the Ibex 35 increase by 5.8% last year, to 3.36 million, and that of the executive presidents of the selective soar by 48.6% , up to an average of 6.1 million per head.

Without that specific expiration date, the average remuneration of Ibex executives decreased by 18.2% in the year, according to the CNMV analysis carried out from the companies' remuneration reports. The regulator foresees that the listed companies include in that document a comparative analysis of the remuneration of its directors and its employees for a period of five years. The main listed companies and the big banks they have already shown their rejection of the proposal.