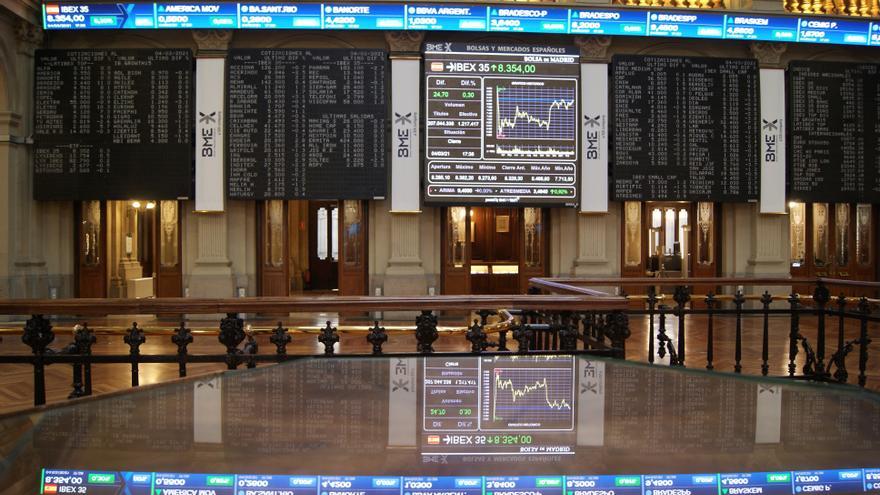 The Ibex 35 companies closed the year 2020 with a global result that shows record losses of 7,334 million euros, compared to the aggregate profit of 30,078 million that those same companies obtained in 2019.

The count of damages that the health and economic catastrophe of the pandemic has had in the companies of the selective in 2020 has been closed this Wednesday, with the presentation of the annual results of Inditex, which has a different fiscal year (it closed in February 2021). The first Spanish company by market capitalization, which during the great seclusion recorded the first quarterly losses in its history, has announced profits of 1,106 million for the year as a whole, 70% less and its worst result since 2006.

The balance of losses in the index that groups the Spanish business elite does not include ArcelorMittal, a multinational whose parent is listed in Luxembourg. And it is highly conditioned by the red numbers registered by three large companies on the selective: Santander, IAG and Repsol.

The first Spanish bank, which in 2019 was the company with the most Ibex profits (it earned 6,515 million), closed 2020 with historical losses of 8,771 million, which led large banks to close their worst year since the financial crisis for the pandemic

For its part, IAG, owner of Iberia or British Airways, lost almost 7,000 million, compared to profits of 6,923 million, in an unfortunate year for the tourism industry that was also reflected in the bad behavior of the other companies in this sector present in the selective: Meliá, Amadeus and Aena.

Repsol had its second consecutive year in the red in 2020 when it recorded a negative result of 3,289 million, after the record losses of 3,816 million that it already recognized in 2019, due to the decline in the price of raw materials and the downward adjustment of its exploration and production assets due to the coronavirus crisis, which caused crude oil prices to occasionally trade negative during the great closure that began a year ago.

At the other extreme are those that have managed to increase their profit. Iberdrola topped the earnings ranking in 2020 with a record result of 3,610 million, driven in part by the capital gains from the sale of its stake in Siemens Gamesa; Telefónica increased its profits by 38%, to 1,582 million; and Endesa multiplied them by eight, to almost 1,400 million, due to the multimillion-dollar provisions it made in 2019 due to the closure of coal, which made the two large electricity companies in 2020 will exceed 5,000 million in joint profit.

In a year in which three companies debuted in the selective (Ence, MasMóvil and Mediaset left the index and Almirall, Pharmamar and Solaria entered), among the newcomers, Pharmamar stands out. The company that a year ago announced a promising treatment against the coronavirus It abandoned the losses of previous years to score a record result of 137 million 2020 thanks to the macro contract with Jazz Pharmaceuticals for the license of its antitumor Zepzelca in the United States.

In the selective, the majority were companies (23) that cut payments to their directors in 2020. Overall, the remuneration to the highest management bodies of the Ibex companies (not counting Indra, the only one that has not yet published data ) stood at around 286 million in 2020, 9.2% less. The figure is highly distorted by the millionaires paid to the top of Acciona, whose remuneration multiplied by seven for a multi-year bonus to its two executive directors.