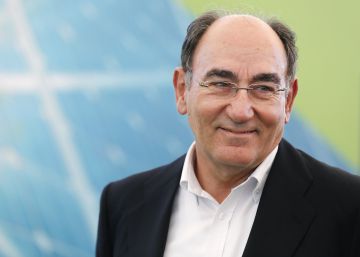 Antonio Asenjo, the former head of Iberdrola Security for almost 20 years, already has declared for more than seven hours at the National Court in the framework of the separate piece of Villarejo case -officially, Tandem case– which investigates the orders made by the power to the retired commissioner. This Tuesday, the second day of the interrogation was focused on two reports that Asenjo, on behalf of Iberdrola, asked to know if they could trust a Romanian company with which they had signed an agreement to build up to 50 wind farms in the region of Dobrogea, southeast of Romania.

According to legal sources present in the declaration, Asenjo said that the head of Renewables asked him in 2012 to contrast whether this partner was reliable, on suspicion that he could meet the milestones that had been proposed in the joint venture. If they were not fulfilled, the Spanish company could lose 11 million euros. Asenjo added before judge Manuel García Castellón and the fIgnacio Stampa and Miguel Serrano prosecutors who usually turned to the National Intelligence Center (CNI) to make such inquiries abroad, but in that case the agency could not help them because they no longer had personnel in the country.

Asenjo said that he then remembered that he had been told that Villarejo had worked a lot abroad and contacted him. He offered to do the research, according to these sources, and delivered a brief document, three or four pages, in which he concluded that the Romanian partner, Wind Dobrogea (participated by the Swiss engineering group NEK Umwelttechnik AG and the Romanian companies C-Tech Srl and Rokura Srl) was not reliable. Asenjo delivered the report to whom he had been in charge, the head of Renewables, to which he commented: “Let’s see who says it to the employer.” As Asjojo told the court, this director was referring to Ignacio Sánchez Galán, president of Iberdrola, and the fact that he had to give him the bad news that the partner was not clean wheat.

During the two days of his statement Asenjo has maintained that Sánchez Galán knew at least two of the 17 reports that Villarejo prepared for the company, but has assured that he did not know that after the company that signed them, Cenyt, was the retired commissioner. The former Chief of Security has also reiterated that in these orders the police did not commit illegal acts such as spying on the investigated or intervening their communications, but only used open data sources, such as commercial records.

Asenjo said Tuesday that he believes that the head of Renewables never raised the report that warned of the unreliability of the Romanian partner. Shortly after that work, the Romanian merchant began to breach its part and Iberdrola initiated a dispute in an arbitration tribunal, which finally won. But the partner declared himself insolvent to pay the 11.8 million euros of the award. According to Asenjo, five years after that first assignment, in 2017, the director of Iberdrola’s legal advice called him to ask for a wealth investigation in Switzerland. The utility wanted to know if the Romanian partner was hiding properties or funds with which to pay the payment.

According to the sources consulted, Asenjo said that Villarejo delivered two progress reports with two different invoices and both were paid. In the works a rise of assets was discovered: a month before the award, the partner had passed his property to his wife. For the work of 2012 the commissioner’s company pocketed 70,000 euros. The two 2017 bills totaled another 70,000 euros.

The former Chief of Security, who left the power last December, after being charged, reviewed during his statement the two reports that he knows for sure that arrived at the table of Sánchez Galán, according to the sources consulted. One of them was unknown until now. Asenjo commissioned Villarejo to check the rumors that came about suspicious movements of a manager named Pedro Barriuso, who in the company considered the right hand and likely successor to Sánchez Galán.

According to Asenjo, in the follow-up to Barriuso, the retired commissioner discovered that he was preparing a business structure with other managers of the house to set up wind farms that would involve direct competition with Iberdrola. The president dismissed his Dolphin after learning about the investigation, according to Asenjo. At the time the economic media said that Barriuso left the power to undertake other professional projects.

The second report that Asenjo said Sánchez Galán examined was the suitability of Inés Macho, which a talent scout company had proposed as a new member of the Board of Directors. Finally, she was appointed director and vice president of the company. For this work, which he did in just two days, Villarejo charged 18,000 euros.

The prosecutors of Villarejo case They do not terminate the interrogation of Asenjo, but it has not yet been determined when the following statement will occur. As happened on Monday, this Tuesday Asenjo has gone to the National Court incognito.