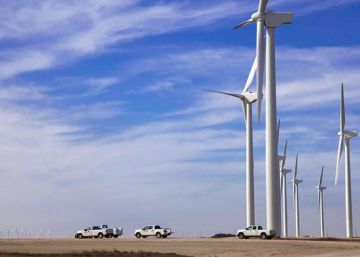 Iberdrola negotiate merge part or all the business of its subsidiary in the United States, Avangrid -in which it participates in 81.5% – with its rival, the electric PLL, as published by the newspaper Financial Times The operation would result in a company of 67,000 million dollars (61,000 million euros) in assets in the event that the annexation is total and would involve the largest agreement in the sector this year.

The newspaper points out that at the moment the companies are studying the options to carry out the operation, but that there is still no certainty that an agreement will be reached.

Spanish company sources refuse to comment on the operation. However, other market sources aware of the operation recognize that there have been preliminary contacts but minimize the chances of success. "Concentration operations are taking place in the sector and it is one of the possibilities that have been raised by investors and investment banks, but the companies do not contemplate any agreement," they said in those sources.

For its part, PPL, with more than ten million customers, has a market value of 22,700 million, with a net debt of 22,300 million. The formerly known as Pennsylvania Power and Light has assets in Pennsylvania and Kentucky, as well as a distribution company in the United Kingdom, Western Power Distribution.