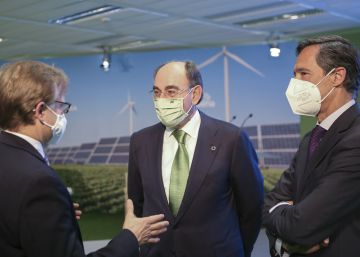 Iberdrola has launched an offensive to compete for the production of green hydrogen in Spain. The company chaired by Ignacio Galán has presented to the Ministry for the Ecological Transition 53 projects that will mobilize an investment of 2,500 million euros to install in the coming years a power of more than 1 GW of electrolyzers.

To give an idea of ​​the magnitude, just the green hydrogen production capacity of this plan would be equivalent to 25% of the national target, which provides for the installation of 4GW until 2030. In addition, Iberdrola points out that total investments would rise to more than 4,000 million euros, if the associated renewable capacity necessary for the operation of the electrolyzers (4,000 MW) is included, which will come from the installation of wind and photovoltaic parks.

Ente megplán is part of the proposals that Iberdrola has made to the Next Generation EU program, Through the Recovery, Transformation and Resilience Plan, in which the Government has already announced that it will invest 1,500 million to promote renewable hydrogen in Spain.

The initiatives presented by Iberdrola are divided into four development areas: fertilizers, mobility, industrial projects and cogeneration, and would be scattered in 15 autonomous communities.

In this sense, four of the projects would be carried out under the alliance reached by Iberdrola and Fertiberia, which foresees the development of 800 MW of green hydrogen at the Puertollano (Ciudad Real) and Palos de la Frontera (Huelva) plants, until 2027. The initiative represents an investment of 1.8 billion euros and would involve the first ammonia production plant for completely green fertilizers.

Around 20 of the projects will be related to mobility, both from heavy urban transport to develop a supply network in logistics centers and projects in ports. The investment required would exceed 425 million euros for the installation of 115 MW of electrolyzers. Among the initiatives, the construction and operation for ten years of a hydrogeneration plant in the Barcelona Free Zone stands out, which will be used by the Transports Metropolitans de Barcelona (TMB) buses and other fleets and industries in the polygon.

Iberdrola would also create a green hydrogen corridor network in Zaragoza, Murcia and the Valencian Community for supplying fleets of heavy transport by road. In addition, it will build green hydrogen supply facilities for the fleet of industrial vehicles and cargo handling in the ports of Tenerife and Las Palmas de Gran Canaria.

Iberdrola’s proposal is completed with several industrial projects that have the objective of decarbonising the industry and replacing the use of polluting fuels with green hydrogen. Thus, you plan build a green hydrogen plant at the location of the Lada coal plant (Asturias) with the aim of reducing emissions in the industry in the area.
Likewise, it contemplates industrial projects based on the substitution of gray hydrogen for green on an industrial scale and other energy use projects in cogeneration plants distributed throughout the country.

Iberlyzer. To carry out the development of these projects, Iberdrola, together with Ingeteam, has created a new technology company, called Iberlyzer, for the development, industrialization and supply of electrolysis plants. The company will start its activity this year and expects to supply more than 200 MW of electrolyzers in 2023.

Emerging technology. Although the development of green hydrogen is still in its infancy, it has sparked a race among energy companies due to its potential in industrial processes and heavy transportation. Endesa has already announced investments of 2,900 million to install 2,000 MW between electrolysers (340 MW) and associated renewable parks.