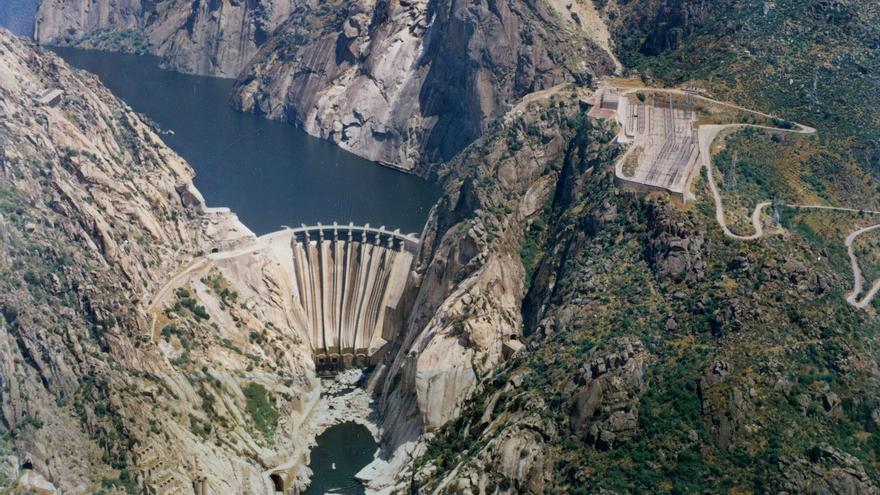 Iberdrola has begun to formalize the first claims for the State to return the liquidations of the hydroelectric canon that the PP implemented in 2015 and that the Supreme Court annulled last April.

For now, the group has claimed until September the return of 417 million euros for the first four years. Iberdrola has recorded this amount as “an extraordinary positive effect of the reversal of taxes in Spain corresponding to amounts paid in the years 2013-2016, following the Supreme Court ruling”.

In the documentation sent this Wednesday to the National Securities Market Commission (CNMV) to present its results until September, the utility explains that this return has had a positive accounting effect of 382 million in its adjusted net profit and of 92 million in its Consolidated net financial result, for accumulated late payment interest.

This return has contributed to a 70.9% increase in the gross operating profit (Ebitda) of Iberdrola’s Renewables business, which includes its hydroelectric plants.

In the first nine months of this year, these plants have increased their production in Spain by 30.9%, on the eve of the Government’s approval of the mechanism in September to reduce the extraordinary benefits that nuclear and hydroelectric plants receive from the rise in gas, qualified by the Executive with a new decree-law approved on Tuesday and held this Wednesday by the Chairman of Iberdrola, Ignacio Sánchez Galán.

As the national hydroelectric leader, for which the Government has also proposed a cut due to the rise in CO2 that PP, Vox and PNV are trying to torpedo in Congress, the Basque multinational is the company that benefited the most from the cancellation of the canon, far ahead of Endesa, Acciona and Naturgy. It is also the first to reveal that it has begun to demand that the State return it. For now, for the first four exercises.

The fee for the use of inland waters levies 25.5% on the turnover for the production of plants with a capacity of at least 50 MW. It was launched by the then Minister of Industry of the PP, José Manuel Soria, to tackle (as announced at the time) the so-called tariff deficit, the difference between income and regulated costs of the electricity system, although it does not receive what it collects , which goes to the Public Treasury.

When the sentence of the Supreme was transcended, the return was estimated at about 500 million, but the final figure will be much higher. And it is that the High Court did not annul the canon as such, but its retroactive nature (the 2013 and 2014 financial years), and also decreed that the Hydrographic Confederations (in charge of collecting it) cannot claim it from those concessions whose holders did not give their approval. Well express because the Regulation of Public Hydraulic Domain indicates that a concession can be modified only “if the petitioner accepts the proposed conditions”, which did not happen.

The utilities tried to knock down the canon in the Court of Justice of the EU, which endorsed its nature as an environmental tax. But the European court did not enter into whether or not it contravened other Spanish regulations, as the Supreme Court has finally recognized. The High Court upheld an appeal from Unesa, the employer’s association renamed Aelec a few years ago, and which for more than 20 years has had the state attorney on leave of absence Pascual Sala Atienza, son of the jurist Pascual Sala Sánchez, former president of the Supreme Court, the General Council of the Judiciary and the Constitutional Court.

The final amount that, as a consequence of this “occurrence” of the PP, in the expression of the third vice president, Teresa Ribera, will finally have to return the Administration to the electricity companies is unknown. At the end of August, and to justify their refusal to intervene in the electricity market (She ended up doing it a few weeks later, given the spiral of increases in the wholesale market), the third vice president estimated the amount at “more than 1,400 million”.

Days later, a document distributed by Moncloa raised the amount to more than 1,500 million, and later the Ribera department estimated the amount collected from the start of the canon in 2014 until the end of 2020 at more than 1,624 million, a figure that exceeds the hole of the famous Castor gas warehouse, and that does not include late payment interest or what is collected in 2021 from record electricity prices.

Returns, industry sources explain, must be claimed central by central, so a cascade of claims is expected in the coming months.

As explained in a recent article in The Energy Newspaper Lourdes Martínez and Laura Pla, from the Cuatrecasas law firm, the Supreme Court ruling “opens the door to obtaining a refund to concessionaires whose concessions have not been reviewed and adapted to provide for the hydraulic fee.”

The Government aired the true consequences of this sentence in the midst of an escalation of tension with the electricity companies due to the rise in electricity and the emptying of reservoirs in August by companies such as Iberdrola. This tension would increase after the cut approved in September to try to contain the record prices of the wholesale market.

The decision to leave long-term bilateral contracts out of the reduction mechanism launched by the Executive to try to guarantee “reasonable” prices to the industry in the face of this energy crisis has satisfied the electricity companies. Along the same lines as Galán, the CEO of Endesa, José Bogas, considered this Wednesday that the measures approved on Tuesday by the Council of Ministers introduce “rationality.”