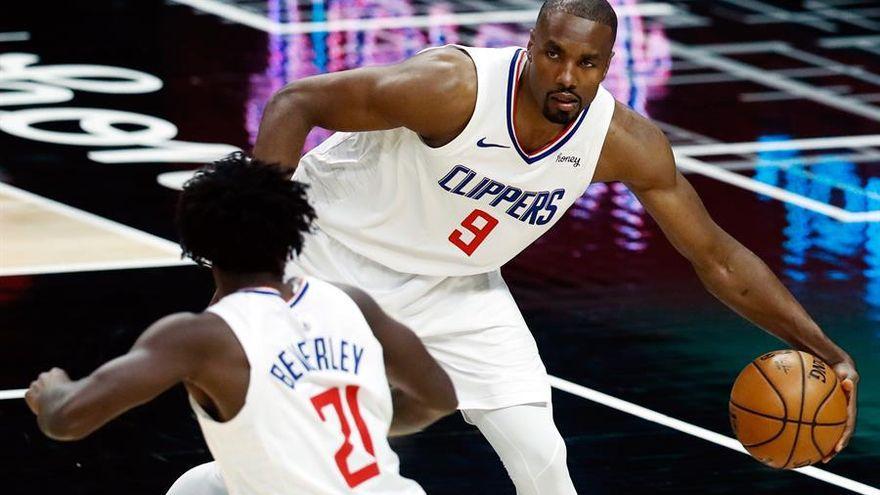 Serge Ibaka will not play for the remainder of the season in the NBA after the Los Angeles Clippers announced this Friday that the player has undergone surgery for the back pain that has plagued him in recent months.

This operation also greatly complicates the presence of Ibaka in the Tokyo 2020 Olympics as part of the Spanish team, although for now there is no official confirmation in this regard.

The Clippers detailed in a press release that Ibaka underwent surgery on Thursday in the Californian city.

A day later, the Hispanic-Congolese pivot explained on social networks what his situation is.

"There is nothing I would have loved more than being on the track helping my brothers and trying to win a championship for the Clippers, "he said.

"It has been a very tough season, I have worked very hard to get back in time for the playoffs... Sometimes injuries get in your way and health has to be the priority. I appreciate everyone's love and support and now I have my mind set on supporting my team and getting healthy for the next season, "he added.

There is nothing I would love more than being on the court helping my brothers and trying to win a championship for #ClipperNation. It's been a very tough season, I worked very hard to be back in time for the Playoffs ... pic.twitter.com/i10lKmOzEn

Ibaka, 31, accompanied these messages with a picture of himself in the hospital.

The center arrived this year to the Clippers to reinforce the aspirations of the Angelenos, who saw how Montrezl Harrell went over to the rival side by joining the Los Angeles Lakers.

Ibaka signed a two-year, $ 19 million contract. However, his performance in California (USA) was severely hampered by injuries.

He was chosen by the Clippers as starting center ahead of Ivica Zubac, but during the regular season he was unable to play for two months due to back pain.

Ibaka returned to the court in the penultimate game of the regular season and played a few minutes in the first two games against the Dallas Mavericks in the first round of the playoffs.

However, the center has not played since and missed the other five games against the Mavericks (4-3 for the Clippers) in addition to the two that have been played so far in the Western Conference semifinal (0-2 for the Utah Jazz).

In the regular season, Ibaka could only play 41 games with the Clippers in which he averaged 11.1 points, 6.7 rebounds and 1.8 assists per game.