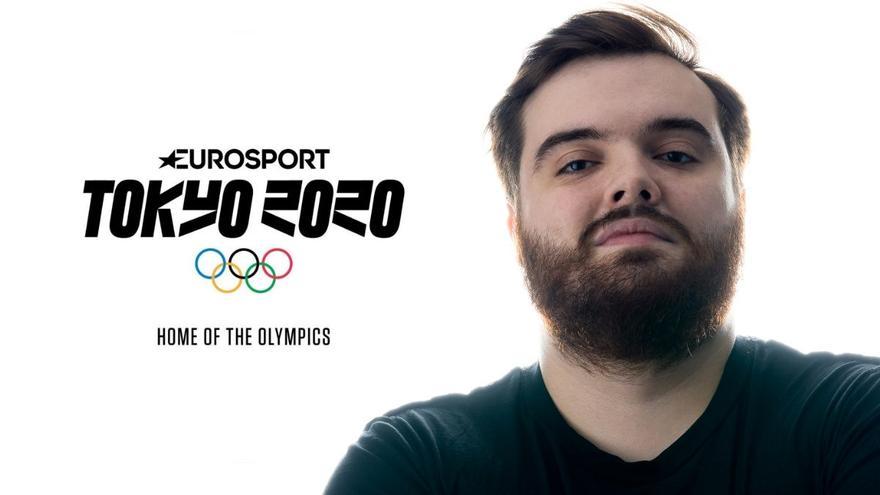 Eurosport faces the final stretch towards the Tokyo 2020 Olympic Games announcing the addition of a well-known face of streaming for its broadcasts. The sports network signs Ibai Llanos signs for the sports network to comment on the Basketball matches of the next Olympic event, in addition to carrying out his particular analysis and commenting on all the news of the competition.

“For me, commenting on the Olympics is the greatest thing there is. Being able to collaborate with Eurosport in the Olympic Games, at a professional level there is nothing that is above. Above all, if it is to comment on the basketball, a sport of which I am a great fan. There is nothing on a sporting level above this. I hope that what remains of this golden generation of Spanish basketball can have its grand finale ”, Llanos stated in the press release sent by Eurosport.

On the other hand, Lydia Valentín, Gold in London 2012, two-time world champion, four-time European champion and Gold Medal of the Royal Order of Sporting Merit in 2016, becomes ‘Eurosport ambassador’ during the Tokyo Olympics. In this way, the Spanish Olympic medalist will create exclusive content for Eurosport from Tokyo, recounting in first person her experience during her stay in the Japanese city where Lydia will compete for her fourth Olympic medal.

Ahead of the Olympics, Eurosport reinforces its team with the best Olympic experts to count and convey all the action during these Games. More than 40 professionals from the world of sport throughout Europe will accompany the fans during the Olympic event of this summer. In Spain, Álex Corretja, Alberto Contador, José Javier Hombrados, Chus Rosa, Ángel ‘the bird’ Rodríguez, Chema Martínez, Javier Hernánz and Rafa Pascual, among others, will be some of the recognized names of the sport Spanish that will make up the channel’s team in this coverage of the first 100% digital Summer Olympic Games in history where technological innovation will have a great role.

Special programming in the countdown to Tokyo 2020

With the start of the ‘100 days to Tokyo 2020’ countdown, Eurosport lit the Olympic flame‘ with the premiere of a Olympic special programming to follow the path to Tokyo of the Spanish athletes who will participate in the Olympic Games and remember the best moments in Olympic history with some of its protagonists. From April 14 until the start of the Games, Eurosport offers every week on its channels and platforms new deliveries of original Olympic formats such as ‘Olympic Nights’, ‘Head to Head’ or ‘Road to Olympus’.

To further enhance this Olympic experience, Eurosport.es will offer unlimited access so that users do not miss any details and follow the Olympic competition second by second, how and when they want. The best video summaries of all the Olympic events, the calendar and the medal table in real time, the curious moments of each day, the awards of medals and up to 30 exclusive videos each day. In addition, they will be available Exclusive digital formats for special monitoring every morning in Spain about everything that happened in the evening in Japan, the Spanish participation and that of the international stars of sports who come to Tokyo this summer.

The Olympic Games from Tokyo 2020 they will be historical for many reasons. One of them is that, for the first time in the history of an Olympic Games, a similar percentage of male and female athletes will participate in the different disciplines. In addition, the Spanish Olympic team will be led for the first time by a couple of athletes, Saúl Craviotto and Mireia Belmonte, who will carry the Spanish flag together during the Tokyo 2020 opening ceremony.

Shared values ​​with Eurosport that, throughout the year, supports men’s and women’s sports betting on incorporating to its content offer more and more disciplines and competitions in its female form in such iconic sports of the Olympism as cycling, tennis, canoeing and judo, among others.

Tags: commentator, Ibai, it will be, matches, Plains

Terelu Campos, pissed off by the cut of María Patiño: “Now you eat the brown”