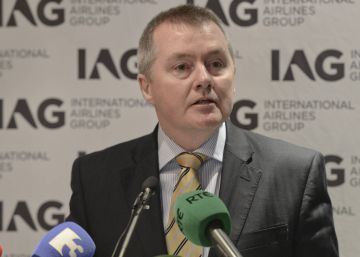 The coronavirus has knocked down the accounts of IAG at the end of the first semester and Qatar Airways, the first shareholder with 25%, comes to the rescue through a capital increase. Losses after exceptional items and taxes reach 3,806 million, from a profit of 806 million achieved in June 2019.

The situation has deserved the activation of the aforementioned recapitalization by 2,750 million euros, on which the first shareholder has offered the “irrevocable commitment” to attend. The expansion will be subject to the meeting of next September 8. “As a result, IAG will be in a better position to continue executing its strategic objectives and to take advantage of its current leadership position and future opportunities for growth and consolidation.” the CEO has pointed out, Willie Walsh.

Revenue in the first half of the year plunged 55.7% to 5,326 million. The company speaks this morning of a “devastating” effect of the health crisis in its operations since the end of February, with most of the fleets on land as a measure to preserve the box. Now, the airline conglomerate plans to operate in the third quarter 74% below the capacity deployed in the same period last year and with 46% less supply in the fourth quarter.

With a capacity of only 4.7% between March and June (43.8% in the semester), the loss of operations before exceptional items since January reached 1.9 billion, of which 1,365 million correspond to the critical period of second trimester. IAG drags a exceptional cost of 2,137 million due to the drop in the cost of fuel hedges (1,269 million) and the deterioration of the fleet.

The liquidity position as of June 30 is 8,100 million, with 6,016 million in cash (667 million less than at the beginning of the year) and financing lines available for 2,100 million. The reinforcements came with the 1,010 million raised by Iberia and Vueling with a guarantee from the ICO, or British financing from the Coronavirus Corporate Finance Facility (CCFF) in the United Kingdom, where it has issued promissory notes for 330 million.

The different companies they have postponed the delivery of 68 new planes with planned schedules between this 2020 and 2022, which leads the bulk of actions to reduce by 1.5 billion the investment planned at the beginning of the year. At the same time, the aircraft with the longest service years are being withdrawn: the 32 British B747 aircraft and the 15 Iberia A340 units

Cost reduction measures reached 205 million euros per week in the second quarter. In the framework of the presentation of results, IAG has indicated that it expects to reach the break-even point in terms of cash flow from September.

The holding company insists that demand will not reach 2019 levels until the 2023 fiscal year, due to which it is restructuring its cost base to reduce the size of its airlines, both in fleet and in staff. The most advanced setting is that of British Airways, where there is a pre-agreement with the pilots and 1,600 workers have already accepted the voluntary withdrawal.

Regarding negotiations with Globalia For the acquisition of Air Europa, IAG points out that they continue “actively regarding a possible restructuring of the acquisition taking into account the impact of the Covid-19 pandemic.”

”All IAG airlines suffered substantial losses. As a result of government travel restrictions, second quarter passenger traffic fell 98.4% with capacity being reduced by 95.3%. We have seen evidence that demand recovers when government restrictions are lifted. Our airlines have implemented measures to provide additional peace of mind for their customers and employees on board and at the airport, ”said Willie Walsh.

The group’s current challenge is “a cut of more than half in cash operating costs and a significant reduction in investment in fixed assets.” From the aforementioned liquidity position of 8.1 billion, Walsh states that “based on our current capacity planning scenario, we would reach break-even point in terms of net cash flows from operating activities during the fourth quarter of 2020” .