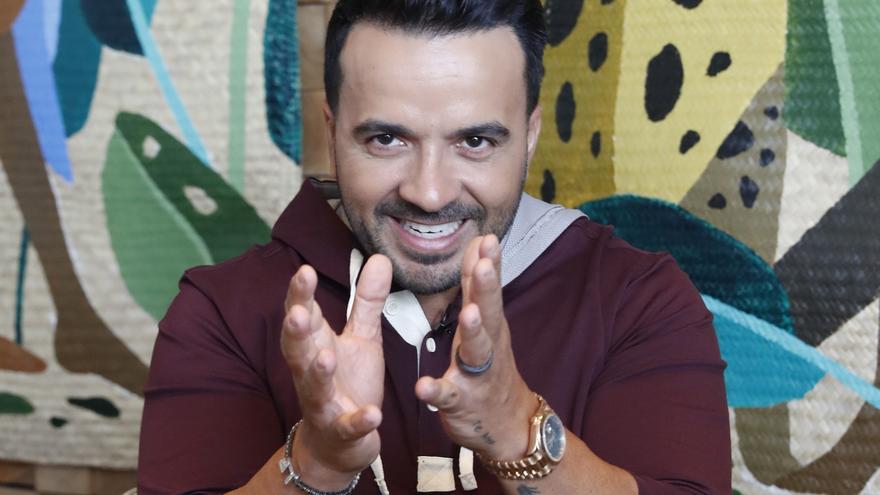 Madrid, Jun 10 (EFE) .- Luis Fonsi says of himself that he is “very pachanguero to make pure ballads and too romantic for only rhythmic songs”, a philosophy that has taken him to the intermediate point, to connect “the cables of styles differently “and to turn music into a common language without borders.

It is the formula that has led him to mix Dominican bachata with reggaeton in his latest musical bet, the song “Bésame”, along with fellow Puerto Rican Myke Towers, and the one that led him to establish synergies between the Anglo-Saxon and Latin world with Justin Bieber , with Demi Lovato or, more recently, with Nicole Scherzinger.

“And I would love to work with a K-pop group, because that’s what I like, get out of my comfort zone, mix styles, colors, flavors … That’s music,” he wrote in a talk with Efe this musician, who went on to record a Mandarin version of his worldwide hit “Despacito”.

With the approach of summer, Luis Fonsi (San Juan, 1978) now vindicates in “Bésame” the desire to “kiss people, hug them and dance together” in a still-current context of a pandemic “and to celebrate that which is so important to us, especially to Latinos. ”

“The world needs to dance and joy”, subscribes this composer and interpreter, who has worked for it with one of the leading names in Latin urbanism, Myke Towers, whom he met in an elevator during the Billboard Awards, where they arranged to work together some day.

The opportunity presented itself with this topic. “It’s a curious song because it has a lot of bachata influence, but neither of us came from there. It shows that music is universal and that, when you want, the same language is spoken,” he says.

“Nobody can tell you that you cannot mix a bachata riff with a reggaeton beat with a pop singer, because there are no rules, and that is what I love about my work,” he claims in his efforts to “connect the cables of differently, with all due respect for pure styles. ”

Luis Fonsi affirms that he does not think in genres, “but in songs and moments”. But what is more difficult for you: getting people to jump on the track or touching their heart?

“As a composer it is easier for me to write ballads. With a guitar and an idea, I can make a hundred ballads in an afternoon, because I come from there. But on stage, I like it when the first bars of ‘Échame la culpa’ sound. or ‘Despacito’ and people take out the phones or start dancing. That is magical for an artist because he feels that he has connected with the public, “he responds.

That taste for the “ups and downs” of beats is what leads him to define himself as a record artist, the format in which he can show his full range of possibilities. The next one, which will take over from “VIDA” (2019), will probably see the light “at the end of this year”.

“It is basically ready, with many surprises recorded, and I think it will be very special, because it was done in a different way at a different time and that will be reflected in each song,” he anticipates.

Before that, there will be the opportunity to see him again in Spain as a “coach” of the “La Voz” talent show together with Alejandro Sanz, Malú and Pablo Alboran, who opens in this position.

“I love the format and I enjoy it very much. I am honored that they have opened the doors for me again, with three great artists and friends, which makes my work much easier. I’m having an incredible time,” he confirms.

What he does confirm is that he has made “collaborations with people” whom he loves “a lot” that will see the light of day in the coming months and that will make Luis Fonsi be very present this 2021 in Spain, before a tour that, “one hundred per hundred “, will land here in 2022.