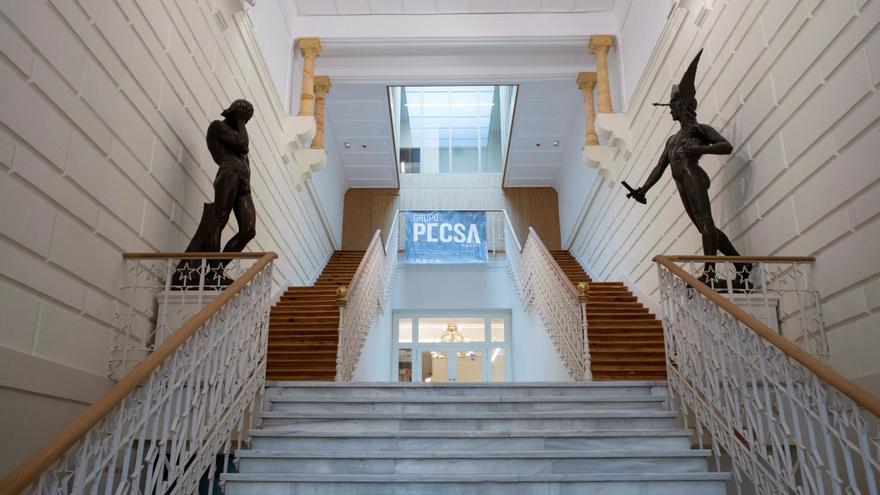 Madrid, Jun 5 (EFE) .- The elected president of the Madrid Athenaeum, Luis Arroyo, intends to rejuvenate this bicentennial cultural institution, where "much is said about the dead" instead of "the living", for which he proposes to organize debates on current affairs and contemporary music concerts, with the hope of seeing "C. Tangana sharing a piece with Joaquín Sabina".

Arroyo, sociologist and expert in political communication, leads the 'Grupo 1820' that won the elections to seven positions on the board of directors on May 31 and faces with "great enthusiasm" the challenge of turning the Athenaeum into what it was in its beginnings, "the place of the avant-garde and free thought".

In an interview with Efe, he recalls that he became a partner a year and a half ago and launched the project together with the diplomats Carmelo Angulo and Juan José Herrera, the architect José María Ezquiaga and the producer Javier Limón, among others, with the objectives to renovate, revitalize and rejuvenate this home.

After taking office as the new president next Tuesday, his first measures will be aimed at speeding up the delivery of a work that is pending to put all the dependencies "at the disposal of the partners and Madrid society as soon as possible" and resolve two disputes, one with the Ministry of Culture and another with the concessionaire of the cafeteria, which represent a debt of 1.5 million euros.

One of his priorities is to make the china shop, the portrait gallery or the assembly hall once again the center of "the great social, political and cultural debates of the country", something that is not happening now in the Athenaeum, where " much is said about the dead "instead of talking about" the living. "

It also aims to restore to this institution "the light of illustration, science, art and culture, which should never have been turned off and which lately seemed to be dying out.

"We want to talk about the future and a first idea is to organize, on Fridays at noon, great controversies and great conversations, in the style of the old Atheneist gatherings, but updated, where we can raise new debates" that are of interest in Spain and in the world, he points out.

In addition, it is committed to "recovering the chairs, in the form of great cycles of authors", taking into account that the building on Prado Street in Madrid was the place where Miguel de Unamuno or Ramón María del Valle-Inclán talked about literature or philosophy in his day.

Arroyo assures that the painter and sculptor Antonio López, who had his first solo exhibition in the Spanish capital at the Ateneo in 1957, has told him that he would be delighted to give a workshop for young and old, and is convinced that, with the same altruistic attitude, many other artists, writers and philosophers would be willing to share their knowledge.

He also plans to develop creative writing, oratory or chess workshops, something that will be discussed with the sections and with the partners, since, he emphasizes, the Athenaeum "is a hyper-democratic society and it will continue to be that way."

Likewise, it advocates promoting concerts not only of classical music, but also contemporary to attract young people. "I would like to see C. Tangana sharing a piece with Joaquín Sabina, and great presentations that return the Athenaeum to the front page of Madrid and Spanish interest," he underlines.

Among its proposals, it stands out that of protecting and completely digitizing the library, with its "wonderful" collections from the 19th and early 20th centuries, and opening it twenty-four hours for those who want to read or reflect.

"The Athenaeum has always been open to the city. In fact, practically anyone could enter because they were not even asked for their membership card. We believe that we must find the middle ground. First, the members must enter, but we also have to be generous and offer a meeting point to the deputies, with whom we live just over 150 meters, or the media, "he says.

In his opinion, the institution is mired in a triple economic, management and governance crisis.

It is going through "a serious economic crisis" because it has a debt of approximately 2 million euros, "every year it loses money and, at this moment, it is spending more than it enters," he says.

For this reason, the new team will request subsidies from public administrations and will seek private sponsorship "without losing the independence and autonomy of the house."

The "management crisis" has resulted in "an alarming decline in the number of members" that "must be stopped," says Arroyo, who indicates that in the 1980s it had almost 7,000 members and now has 1,900.

Likewise, there is "a governance crisis." "In the last few years, the Athenaeum has witnessed too many fights between groups that argue unproductively over minutiae, general meetings that become a yard of badly matched neighbors and a succession of unstable governments because every year there are elections," he laments .

His intention is to review the structures of the house to develop a government "calm, stable and productive, at the service of the members and the sciences, the arts and literature and not of any private interest, no particular interest or small group".