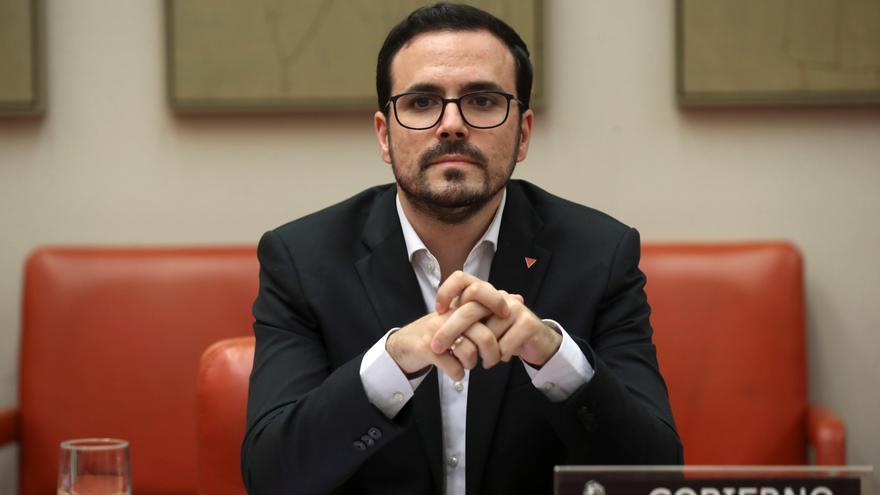 Alberto Garzón toughens the tone against the bookmakers. The Minister of Consumption has warned football clubs of the “recklessness” that in his opinion means signing new sponsorship contracts with gaming companies despite the fact that a decree that must come into force in October will prohibit them. The notice comes after the approval of a comprehensive plan to combat fraud in betting that provides, among other measures, to carry out a pioneering report in Spain to detect possible addictions to gambling in professional sports.

This is a “prevalence study on mental disorders due to gambling addictions among athletes” that should be available in 2021 and that, according to consumer sources, will be prepared by the General Directorate for the Regulation of Gambling (DGOJ) with its own resources.

The report will be based on the analysis of the results of a questionnaire that will be distributed to the different sports federations which, in turn, will distribute it to the athletes. According to the DGOJ, “in order to better understand the level of risk of corruptibility that athletes may present in the field of sports competitions, it is necessary to analyze the degree of linkage of this group with the betting segment sports and, more specifically, the prevalence rates of mental disorders due to gambling addictions among athletes “.

“This question is relevant because, as shown by some studies carried out in jurisdictions in our environment, the level of prevalence seems to rise if we refer to professional athletes compared to the levels observed if the population as a whole is analyzed.”

And “given that there is no specific study in Spain that analyzes the relationship of athletes with gambling, it is convenient to carry out an in-depth analysis of the issue to see if conclusions similar to those detected in other settings can be drawn or, for on the contrary, there are specific features that distinguish the existing situation in Spain “.

The study is one of the 21 measures of the new National Plan 2020-2021 of the National Commission to combat the manipulation of sports competitions and betting fraud (CONFAD), which brings together Consumption and representatives of the Higher Sports Council, Police National, Civil Guard, Royal Spanish Football Federation, Royal Spanish Tennis Federation, LaLiga, Association of Spanish Footballers, and the gaming companies Bet365, Sportium, Codere and GVC Holdings.

The report is part of the block of measures “analysis and diagnosis” of the plan, which will also focus on dissemination and awareness measures on fraud in gambling, control and monitoring initiatives and study of current regulations and operations. The measures include the creation of an early warning system on possible fixes and a reinforcement of monitoring and follow-up activities of sports competitions, “paying special attention to the lower categories.”

This plan has been approved on the eve of the entry into force of the new decree on gambling advertising, the processing of which the Government managed to speed up in Brussels after arguing in July that it should be processed urgently due to the possibility of eventual “occasional sprouts“of the coronavirus force new confinements of the population.

Then, the Executive explained to the European Commission that the pandemic had made the Spanish population more vulnerable to gambling as a way to “solve economic problems” after the “extraordinary increase in unemployment” generated by the great seclusion.

It is estimated that the veto on sports sponsorships (both advertising on T-shirts and on billboards and stadiums and advertisements in the media except in the early morning period) will drain some 80 million from football clubs, although the clubs trust that the veto is not immediate. In July, the general director of the Game, Mikel Arana, assured that the teams “they will have time to adapt“to the prohibition although” we will see in what terms. “Arana affirmed that the conflict of interest between bookmakers and sports competitions is” obvious. ”

After passing the European examination, the draft decree, much harsher than the one presented in February, has already been sent to the Council of State for its mandatory report. Meanwhile, some football clubs have challenged the text’s bans by signing deals with bookmakers. It is the case of Betis (with Betway), Cádiz (with Dafabet), RC Celta, also with Betway, or Leganés, which has renewed its contract with this bookmaker for one year.

Garzón has harshly criticized those agreements. Last week, the minister praised the “display of responsibility” of the clubs that are switching their sponsorships to other types of companies, but said that “unfortunately” there are others who are renewing contracts for two, three years, which he described as ” a recklessness “. For this reason, he asked the clubs to “anticipate events, not to stress more with the Ministry of Consumer Affairs and with this Government.” “They will have to correct it because the law is the law” and “the sooner this reality is assumed, the better for everyone.”

According to Garzón, “when a person of reference, an idol of young people wears a brand from a betting house on his shirt, it is inciting a type of consumption that can be compulsive and can lead to serious problems that can even be generation of gambling “.